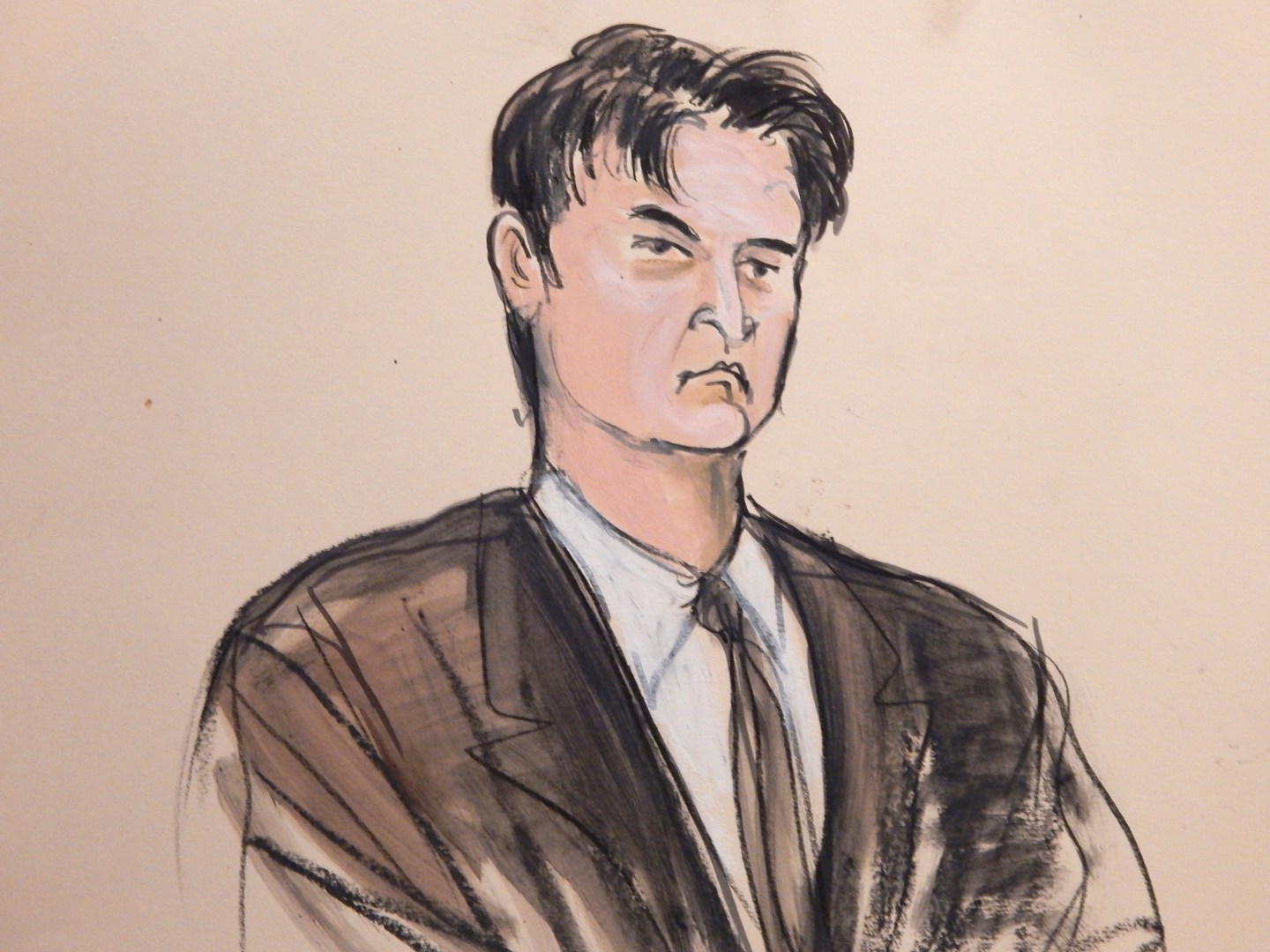 Ross Ulbricht was an Eagle Scout and a popular physics student who made a fateful decision to reinvent himself as the “Dread Pirate Roberts,” a pseudonym he used to operate a massive illegal online bazaar known as the Silk Road. It came crashing down hard on Friday as a federal judge in Manhattan sentenced Ulbricht to serve the rest of his life in prison, following his earlier conviction on seven charges related to conspiracy, narcotics and money-laundering.

The punishment is surprisingly harsh, exceeding even what the prosecutors had proposed. Ulbricht, who had earlier implored the judge to “please leave my old age,” can appeal the sentence, though that would be a long shot.

“You were the captain of the ship as Dread Pirate Roberts, and you enforced the law as you see fit,” U.S. District Judge Katherine Forrest told Ulbricht in imposing the sentence.

Forrest issued the sentence after Ulbricht addressed the court, pleading that he was remorseful and had changed.

“I’m not a self-centered, sociopathic person… I just made some very serious mistakes,” said Ulbricht who wore shirt-sleeves, and occasionally slipped into his native Texas drawl.

Ulbricht may have been able to obtain a lighter sentence had he pled guilty, but he instead went with a far-fetched defense strategy at trial that claimed that he had started the site, but that someone else was the real Dread Pirate Roberts.

The judge suggested that her decision to come down so harshly was in part due to Ulbricht’s attempt to hire hit men and in part by the scale of the operation, which led drug dealers using Silk Road to customers across the world. Forrest cited the harm caused by drugs, and the testimony of two parents who gave victim impact statements in court about how they had lost their children to Silk Road-related overdoses.

But Forrest’s decision also appeared to be a philosophical renunciation of the ideals of Silk Road, whose proponents said it provided a forum for freedom and served as a harmless alternative to street crime and the U.S. war on drugs. The judge declared that this was an argument of the “privileged” and said that Ulbricht was no different than a drug dealer from the Bronx.

Judge Forrest also rejected Ulbricht’s lawyers suggestion that a long sentence would be arbitrary, and would not serve the goal of “general deterrence.” Rather, she said, harsh sentences can act as a deterrent in unusual, high-publicized cases like Silk Road.

Friday’s hearing came at a court room so crowded that many spectators were forced into a nearby overflow area. The court scene reflected the worldwide interest in the Silk Road affair, which included numerous ripped-from-an-action-movie elements, including the FBI’s dramatic 2013 takedown of Ulbricht in a San Francisco library.

The ensuing criminal case included allegations that Ulbricht attempted to hire hit men (in reality FBI agents) to kill employees he believed had betrayed him. It also featured an FBI agent who went rogue, and sold Ulbricht information about the government’s case for hundreds of thousands of dollars, paid in bitcoins.

Ulbricht’s case has been of huge interest to bitcoin users, in part because it has at times unfairly maligned the virtual currency, which is also used for everyday transactions. The bitcoin community also took an interest because of Ulbricht’s personal bitcoin fortune—which the U.S. Marshals Service has been selling in a series of auctions.

This story was updated several times