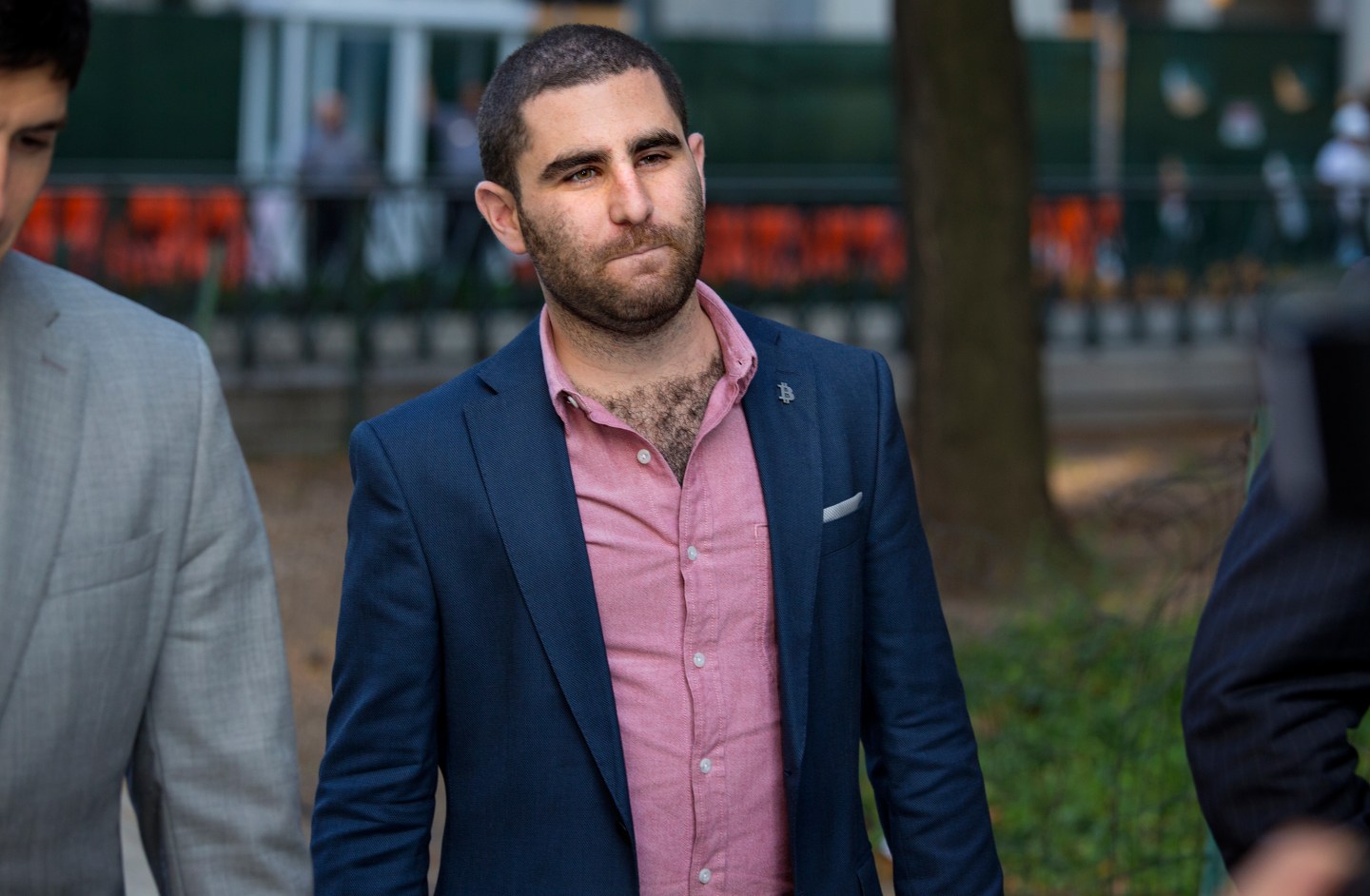 In February, after a trial that lasted 13 days, Ross Ulbricht was convicted of running the online drug marketplace Silk Road, which utilized the digital currency bitcoin for its payments. The media coverage of the trial, and the final result, could be seen as bad for bitcoin. It fed into an image that many in the public still have of the currency: that it is unsafe, and is used for crime.

But while Ulbricht was the most prominent case thus far and is the reigning symbol of bitcoin’s darker uses (he even had the ominous alias “Dread Pirate Roberts”), a different defendant pleaded guilty to bitcoin-related crimes two months earlier than him: Charlie Shrem.

Shrem was no shadowy figure, operating in the dark. He was a known name and an early advocate in the bitcoin community. In 2011 he founded the bitcoin exchange BitInstant, which had a range of legitimate investors, including the Winklevoss brothers. But in January, 2014, he was arrested (in dramatic fashion, at New York’s JFK Airport) and, last April, charged with failing to report suspicious banking activity, laundering money from BitInstant accounts (some $1 million) for use by Silk Road customers, and operating an unlicensed money-transmitting business.

That latter charge is significant moving forward, as the New York Department of Financial Services is currently still at work revising BitLicense, its proposed set of regulations that will govern bitcoin businesses that are transmitting money on behalf of others. The Times wrote that Shrem, “has come to symbolize the government’s crackdown on the virtual currency,” but in fact, there has been, for now, very little crackdown, though some bitcoin supporters worry that it is on the way in earnest.

While the salacious headlines that follow the prosecution of a bitcoin entrepreneur are unquestionably a negative for the community, some in that world see the prosecution itself as a positive sign. “Silk Road and [other crimes] are obviously a negative, but there’s a silver lining in the sense that when people do bad things and think they can do it because it’s in bitcoin, and they get arrested, there’s a message there that you’ll still get caught,” says Tyler Winklevoss. “What I take away from it is that traditional law enforcement tactics and measures are working, even in the bitcoin world. Technologies aren’t good or bad, they’re neutral. People use email for bad things, people use U.S. dollars for bad things.”

Shrem pleaded guilty to a reduced charge of aiding and abetting an unlicensed money transmitting service, and was sentenced in December to two years in prison. Today, the 25-year-old reports to USP Lewisburg, in Lewisburg, Penn. It is a high-security federal prison, but Shrem will be in the minimum-security satellite camp. (If you suspect that Shrem will have a cushy time of it there, read our exclusive, revealing interview with a white-collar inmate at a minimum-security prison.)

Since the moment he was sentenced, Shrem has been upbeat about his fate. On the day of sentencing, he tweeted: “Considering I was facing 30 years, justice has been served.” He then added that he was happy the judge in the case “admires my brainpower.” He has claimed as his own the title of bitcoin’s “first felon” and added the phrase to his Twitter bio, in which he also calls himself a “pioneer,” “crusader,” and “dreamer.”

Last week, Shrem agreed to a phone interview with Fortune, but had to cancel. He has appeared on radio shows and spoken to the press, and discussed his expectations in an extensive blog post from earlier this month entitled, “So, I’m going to prison—reflections from bitcoin’s first felon.” In the post, Shrem writes, “I don’t look for sympathy, I did the crime and I will do the time.” He says that the prison facility where he’s headed “seems like a nice place, it offers outstanding recreational facilities including a walking track; a basketball court; softball fields and exercise equipment.” And on his Twitter account, he has appeared to even relish the imminent experience. On Sunday he posted a countdown (“21 hours until prison…”) and said, enthusiastically, “Follow my twitter when I check in to prison tomorrow! A few people will be running it, will post updates from behind the walls.”

In Shrem’s blog post, he recounts the many ways he remained involved in bitcoin in the past year, including while he was on house arrest. He served as a consultant to a couple bitcoin companies, made speeches, and met with venture capitalists. He remains a diehard bitcoin believer. It appears extremely likely that he will return to the bitcoin world the moment he emerges from prison. The question is where the technology will be by then, and how much the landscape will have changed—and whether increased regulation to guard against crimes like Shrem’s will have had a major impact.
[fortune-brightcove videoid=3991276772001]