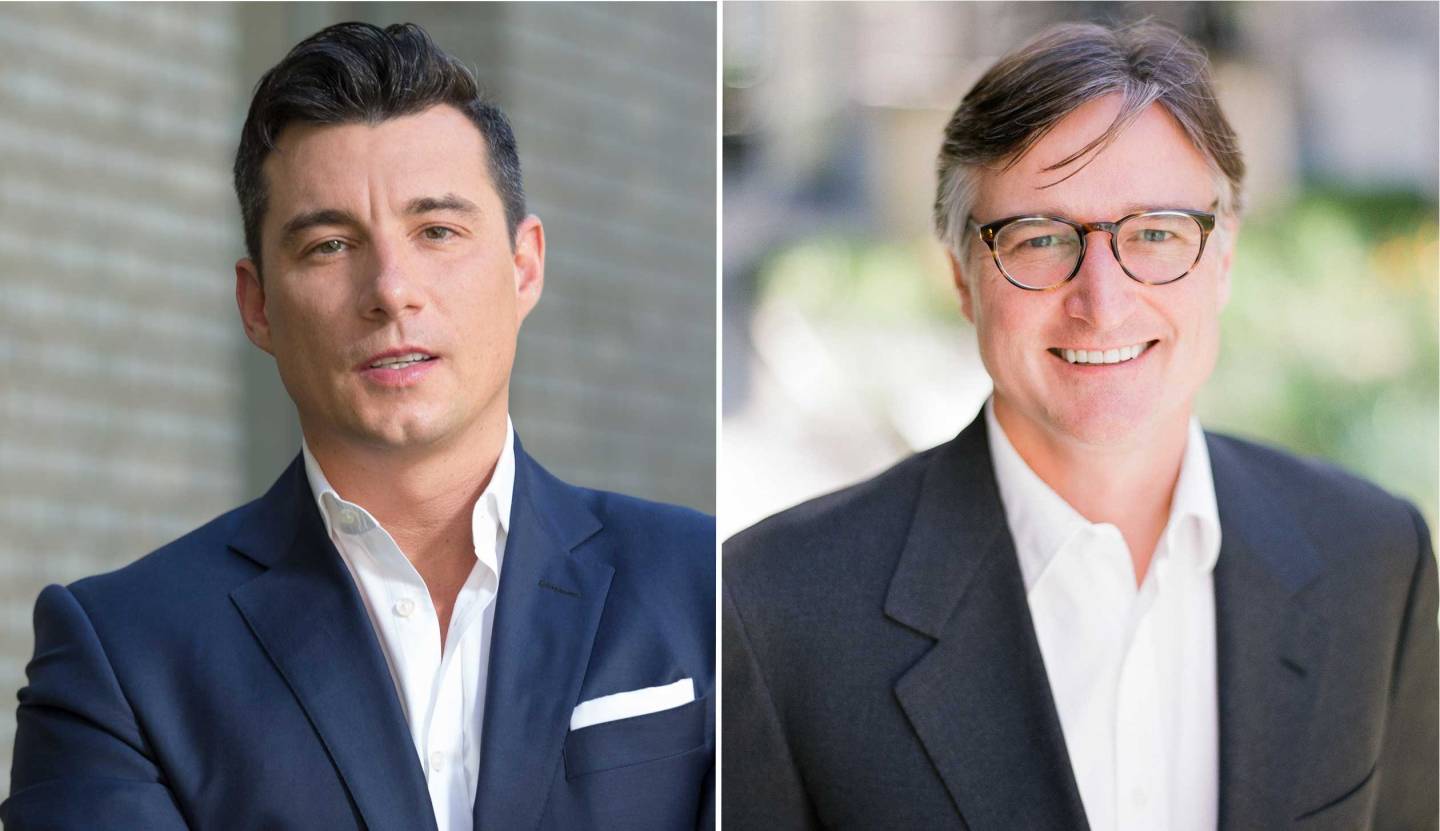 Just over a year ago, Halsey Minor quietly launched Bitreserve, a site that allowed customers to convert the digital currency bitcoin into other currencies as well as precious metals.

Since then, the CNET founder and Salesforce cofounder has made some major moves—like hiring former Nike CIO Anthony Watson and then quickly making him Bitreserve’s CEO. Today, the company looks very different indeed. On Wednesday, Bitreserve effectively relaunches, with a broader array of deposit options and with a new name: Uphold.

The name may remind you of a certain millennial news site with clicky, exclamatory headlines. But Watson says it’s part nod to the cloud (“up”), part nod to the company’s reserve of funds (“hold”). Most important: the absence of “bit,” that oh-so-common prefix amongst digital currency startups.

When Bitreserve first launched, customers could convert bitcoin into a range of different currencies, including the dollar, euro, franc, peso, pound, or metals like gold, silver, and platinum—but they had to start with bitcoin. As of Wednesday, customers in 30 different E.U. countries can deposit money into Uphold via bank transfer or from credit and debit cards. And come November, customers in the U.S. and China will be able to do so. The ability to start with something other than bitcoin is a significant shift for Uphold from the digital currency world into the mainstream financial world—now it is targeting customers beyond those familiar with bitcoin.

This is the next step in what Watson says is the company’s goal of democratizing finance. “Our mission is to make it easy and frictionless for anyone, anywhere to move, convert, hold and transact in any form of money or commodity securely, instantly and for free,” he says. But along with the name change, this news also reflects Uphold’s aim of no longer being seen as a bitcoin startup.

Indeed, one of the most interesting aspects of this bitcoin company is that its founder and CEO aren’t bitcoin believers. Bitcoin and its blockchain—the public, cloud-based ledger that records all transactions of the digital currency—had to be Bitreserve’s starting point because of the lack of regulation and fast time-to-market it allowed. But Minor says Uphold is about “breaking down all of the banks into a single reserve—we need a dollar reserve, we need a pound reserve. We offer that.”

Of course, the limitation here is that your money sits in the ‘bank’ of Uphold—and the person you’re sending funds to must also be an Uphold member. But Minor has an answer for that. “Let’s say you convert some money to gold,” he says. “That gold bar sits in a vault in Switzerland, and it doesn’t move, just the marker moves. Instead of money having to move from bank to bank, it just moves from account to account. Bitcoin created that. It’s like a loophole in the wall; it allowed people to be able to hold value without having to connect to a bank. But now we offer 24 currencies, four metals, and $400 million in value has been exchanged [on Bitreserve], instantaneously, and at no cost.”

Watson sounds even more negative on bitcoin. “I’ll be surprised if bitcoin is here in five years,” he has told Fortune. “The value of bitcoin isn’t the currency, but the technology. I think once the world becomes more accustomed and attuned to the platform of bitcoin, the noise will go away, and the currency will go away too. The real transformation is the idea of taking all barriers down… Whatever currency or commodity you want to transact in, you can, and you can do it for free.” (Uphold charges a fee for credit and debit card deposits, and for withdrawals above a certain amount.)

Minor, too, predicts that bitcoin as a currency “will get destroyed.” He likens the coin’s current market cap—about $3.7 billion—to “an accounting mistake or rounding error that Bank of America makes.” He says that finding staffers with business bona fides, not just bitcoin veterans, was an intentional move. “I did what most companies in fintech haven’t done, I went and got people with solid, serious banking credentials,” Minor says. “I got the CISO of MasterCard, the CIO of Barclays. And the reason they came is they were going to a digital currency company, not a bitcoin company.”

Think of Uphold as more of a vault than a bank. In contrast to the traditional banking system, which runs wire transfers through the Automated Clearing House, Uphold’s value proposition is the ability to send someone money more quickly and more cheaply. Once its new capabilities launch next month in the U.S., Minor boasts, “You will be able to connect to your bank account in the United States, move money from your bank into Bitreserve, convert it into Euros, and move it into your bank account in Europe—at zero cost.”

You might wonder—are there really so many people who are itching to do that? “Well, the entire German automotive industry,” Minor says, and laughs.

Watson says the new options make Uphold “revolutionary.” Now that customers can deposit something other than bitcoin, Watson and Minor will soon find out if people outside of the digital currency space agree.