The former CIO of Nike is joining a bitcoin startup 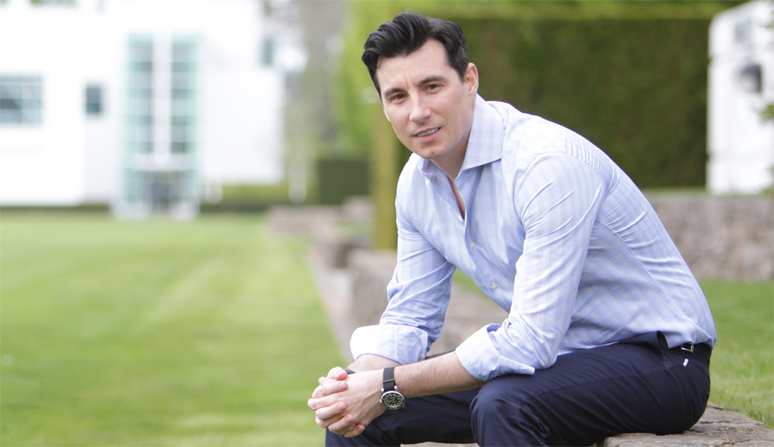 When Anthony Watson left his job at Nike in December, it captured a lot of headlines. Not only was a rising star executive leaving a Fortune 500 company after only 10 months, but his reasons for leaving fascinated people. Watson, who joined Nike as its CIO in April 2014, was unhappy in the Portland area, Fortune first reported. He is from London and is young, single, gay, and used to urban social life. He experienced a “culture shock” while living in Portland and working in Beaverton, where Nike (NKE) is based.

Now Fortune has learned where Watson will land next. After taking a few months to examine his options, the 40 Under 40 alum is joining a banking startup called Bitreserve. He will be its president and COO.

The company, founded in the last six months, transfers deposits of the digital currency bitcoin into other currencies and allows customers to send and receive money anywhere in the world for very low fees. A promo video calls Bitreserve “a next-generation money service built on top of bitcoin,” but goes on to describe the volatility of bitcoin, and says that Bitreserve, “solves bitcoin’s volatility problem by enabling you to hold bitcoin denominated as stable, real-world value.” The site currently offers eight currencies: dollar; euro; pound; franc; yen; yuan; rupee; and peso. It also offers commodities—for now, the metals gold, silver, platinum and palladium.

That latter feature was particularly exciting to Watson. “What I think is so revolutionary here is that it can allow you to trade in any commodity,” he told Fortune in an exclusive interview. “Right now it’s metals, but it could be cocoa beans. The broader vision is much bigger than digital currencies.”

Watson’s background is in banking—prior to Nike, he was CIO of Europe, Middle East, and global operations at Barclays. While at Nike, he longed to get back into the banking world in order to help change what he sees as an unjust financial system. “I was itching to make an impact,” he said. “I wanted to do something that is valuable for people broadly, not just in one industry. And what Bitreserve is looking to achieve really democratizes finance. It’s going to help people all over the world. The financial system is inherently unfair—it’s always the richest who have access, and the poorest don’t have access, or when they do, they have to pay astronomical rates.”

Bitreserve charges a 0.45% fee for BTC to USD conversions. The company also stresses transparency—it created a public web site that shows exactly how much money is currently in Bitreserve wallets ($1.43 million) and the currency breakdown (63% bitcoin at the moment). Bitreserve is growing fast: it has 35 employees at five offices and has raised $14.6 million in funding.

While Watson is getting a top job at a young startup, Bitreserve is getting an experienced star who is also an outspoken gay rights activist and GLAAD boardmember. That’s something that Bitreserve founder and CEO Halsey Minor says played a big part in the hire. “I think we’re perfect for him and he’s perfect for us,” Minor said. “Our business is money, and he has an extraordinary amount of experience and success in banking. But also, our ethos is inclusion. He’s a leader in social inclusion. So from my standpoint I don’t think we could have found anyone better.”

Minor was the founder of CNET (CBS) and a cofounder of Salesforce (CRM) and is one of the bigger business names to have jumped into digital currency. And yet he is not exactly a bitcoin believer. Whereas most in the bitcoin space fervently refute those who dismiss bitcoin as “fake money,” Minor readily says that the point of his company is to help people turn bitcoin into “real money.” Bitreserve had to begin with bitcoin, Minor says, “because then I didn’t need a bank license to start it. What bitcoin does is allows for the creation of financial institutions without having to go through the traditional financial system, which is the great magical beauty of bitcoin. But what you can expect from us is that in the not-so-distant future, you can put money in with many paths. We’ve taken the idea of bitcoin and applied it to the world consumers already live in, rather than trying to force consumers into a new world that has high risk.”

To be sure, Nike, the country’s leading sports apparel giant, and Bitreserve, a digital currency startup that is less than a year old, couldn’t be more different. And Minor acknowledges, “There appears to be some sort of implied suspicion around [bitcoin] and around anyone doing anything new with money in the U.S. That doesn’t exist in the rest of the world. There’s a desperate need in the U.S. to change the attitude toward new financial systems.” Watson knows the perception that some have of digital currency, and it doesn’t concern him. “I’ll be surprised if bitcoin is here in five years,” he said. “It’s a means to an end. The value of bitcoin isn’t the currency, but the technology. I think once the world becomes more accustomed and attuned to the platform of bitcoin, the noise will go away, and the currency will go away too. The real transformation is the idea of taking all barriers down and having it be ubiquitous. Whatever currency or commodity you want to transact in, you can, and you can do it for free. That’s pretty revolutionary.”

In a way, Watson represents a growing number of workers that refuse to sacrifice personal life for their career. They value work-life balance, and won’t move anywhere just for a job. When he left Nike, Watson realized that he will only be happy living in big cities like New York, Los Angeles, or London. Now, he will live in Los Angeles but travel constantly (mostly between San Francisco and London). Bitreserve has offices in San Francisco, London, Portugal, Shanghai, and Charleston, South Carolina.

“Millennials don’t want to or need to work in one big concrete building in one location,” Watson said. “That’s not how the world works anymore. Some people want to work remotely from home, some want to work from a coffee shop, some want to work at an office. People perform their best when they’re happiest and content in their personal lives. I could have been happy working for another big company, and working in another city than L.A., but this gives me the opportunity to live and work in multiple cities.”

What’s next? Naturally, television. Watson says he has been asked to do a reality show in Los Angeles. He’s thinking about it. “I probably won’t have the time to do it,” he said, “but it’s flattering.”