This Popular Beer is Becoming Vegan-Friendly 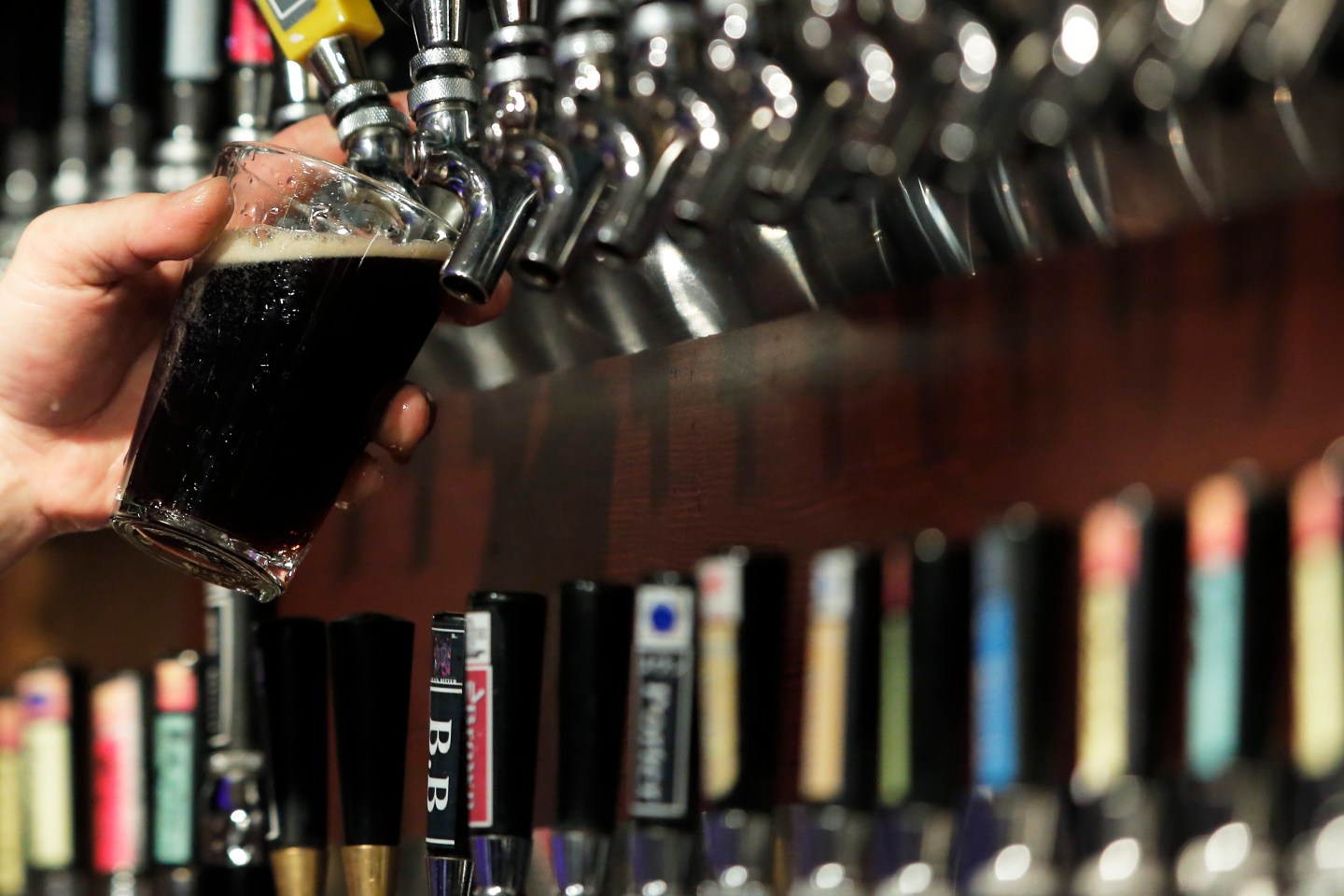 A bartender pours a glass of craft beer from a draft beer tap inside the Bakusyu Club Popeye bar in the Ryogoku neighborhood of Tokyo, Japan, on Friday, May 1, 2015. Craft beer is gaining popularity in Japan, much like it has in the U.S. and Europe. The four beverage giants -- Asahi Group Holdings Ltd., Kirin Holdings Co., Suntory Holdings Ltd. and Sapporo Holdings Ltd. -- are experimenting with alternative brews too as they face a slide in consumption. Photographer: Kiyoshi Ota/Bloomberg via Getty Images
Photograph by Bloomberg via Getty Images

For the first time in its 256-year history, Guinness will offer a vegan-friendly stout. Beginning in 2016, Guinness plans to stop using isinglass, a gelatin made from fish bladders, in its filters.

As the company told CNN in a statement, isinglass “has been used widely within the brewing industry as a means of filtration for decades.” Because it has prevented the beer from being labeled as vegan-friendly, Guinness has been considering switching to an animal-free alternative for some time now.

Guinness is currently on the lookout for a new filtration method, which it expects to implement at its hometown brewery in Ireland later next year. It has yet to settle on a replacement, but according to CNN is looking for something that is environmentally friendly but also as effective as isinglass so as to not sacrifice the quality of the product.

Guinness sales decreased in 2015, which its parent company, Diageo, has accredited to competition from microbreweries. A petition asking the brewer stop using isinglass claims that doing so would “elevate Guinness’s brand perception and popularity above other beverages,” broadening its market reach to encompass the world’s vegetarians and vegans.

Beer industry expert Jeff Cioletti tells Eater that this move won’t have any effect on the non-vegan consumer. As for the brand, he says, “It might get good PR for Guinness for a few days, but that’s about it.”

In the meantime, there are plenty of other vegan beers on the market. Mill Street Cobblestone Stout, Allagash Black, and Lagunitas Cappuccino Stout are all good alternatives to Guinness and are free of any animal products, according to Barnivore.com.