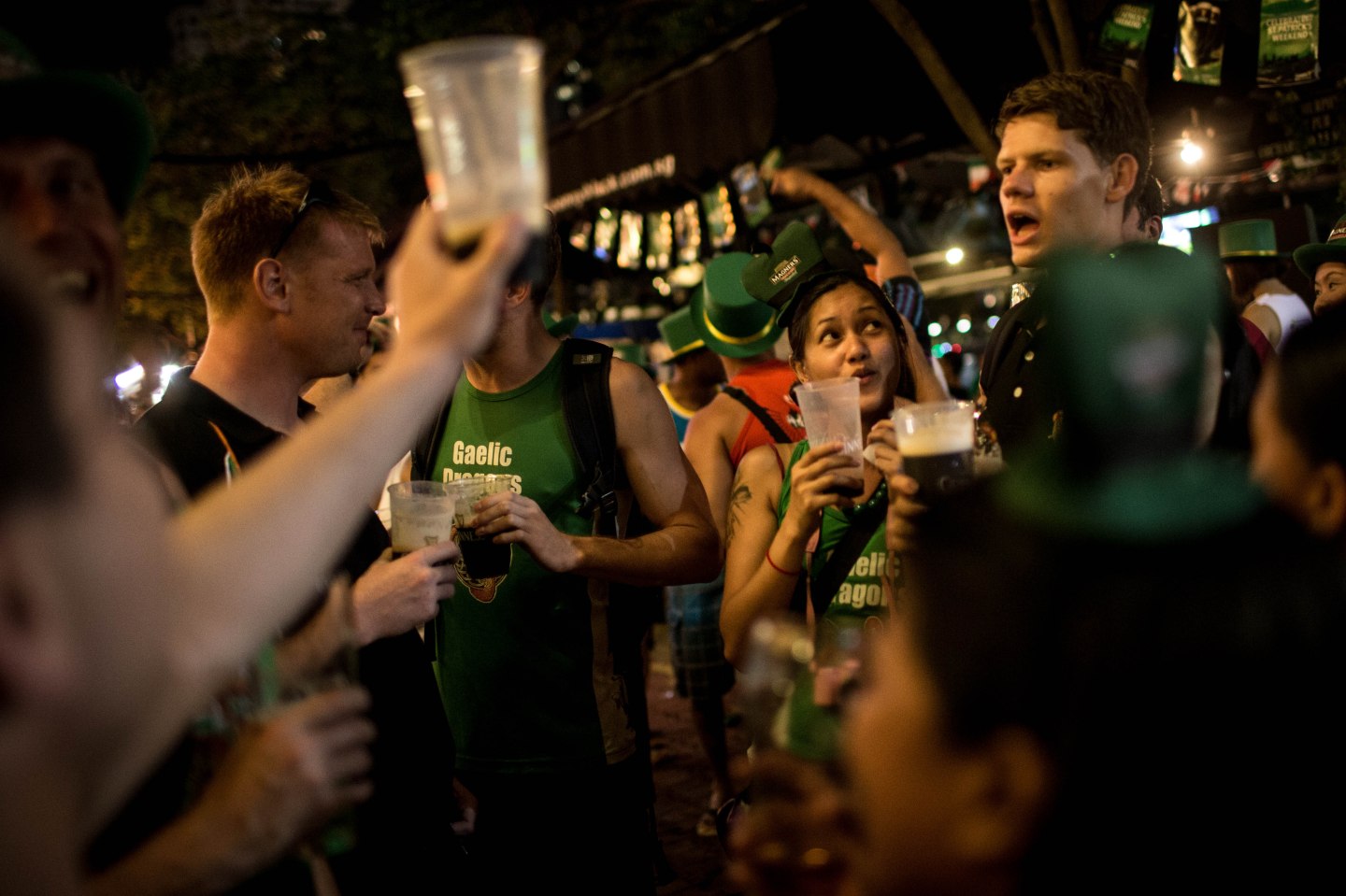 St. Patrick’s Day has never been a favorite holiday of mine.

It’s amateur night. Rather than enjoying a good beer – and Ireland makes plenty of very good beers – too many people use it as an excuse to guzzle gallons of green Budweiser or Miller Light and make an ass out of themselves. Meanwhile, liquor stores across the country seize the opportunity to ratchet up their prices on anything made by Guinness.

The crowds at your local watering hole this coming Tuesday might seem to indicate otherwise, but St. Patrick’s Day isn’t one of the top beer ‘holidays’. Last year, consumers spent $567.7 million on beer to recognize the death of Ireland’s patron saint, according to Nielsen. That’s $32 million more than they did for the Super Bowl, but it’s still nowhere near the amount spent on the Fourth of July.

There is, of course, absolutely nothing wrong with Guinness (it is, after all, the stout against which all others are judged) – or Smithwick’s or Harp, for that matter. However, if you’d prefer something more original this St. Patrick’s Day, there are a number of craft alternatives that fit the bill.

From stouts to Irish reds, there’s something available for all tastes.

Brooklyn Dry Irish Stout - This American take on the Irish standard is a lot more successful than you might imagine. It's nice and malty and doesn't have the coffee or chocolate layers you'd expect to find in a domestic stout, instead letting the malts do the talking. It pours with a nice spongy, thick head and finishes cleanly. (ABV: 4.7%)

Moylan's Dragoons Dry Irish Stout - This thick, creamy stout has the coffee and chocolate elements you might expect, but it's the roasted malt taste that will linger. There's a sweet richness to the beer and it's capped off with a nice dry finish. It's not overly carbonated, but don't expect the smoothness that comes with the nitro-infused Guinness. (ABV: 5%)

Marin Brewing Co. San Quentin Breakout Stout - If you like your stouts dark as midnight during a lunar eclipse, this is a beer that should definitely be on your list. It's yet another creamy concoction that teems with a sweet roasted barley taste, and a slight burnt edge. It lacks the mouthfeel of some stouts, but ultimately it's a complex tasting beer that is best served slightly chilled. (ABV: 7%)

Thomas Creek River Falls Red Ale - (Yes, I realize Killian's - a Coors brand - isn't Irish, but that doesn't stop many people from proclaiming it is on St. Patrick's Day.) While red ales aren't everyone's cup of tea, this South Carolina brew offers a malty taste with strong caramel notes. There's little to no bitterness and the slight hint of spices, though you'll have to stretch for those. It's a red ale made with love; the ABV is notably higher than Killian's, so keep that in mind if you opt for this one. (ABV: 6.2%)

Innis & Gunn Irish Whiskey Aged Stout - Can't decide between a shot of Irish whiskey and a good Irish beer? This limited release gives you both. The stout is aged in oak chips that have been soaked in Irish whiskey (since the barrels for those are especially hard to find versus American bourbon casks). The whiskey is more pronounced at the finish of the beer - and is much more perceptible as the beer warms. This isn't one you want to drink right out of the refrigerator. (ABV: 7.4%)