Smart buildings are boring, but these startups aren’t 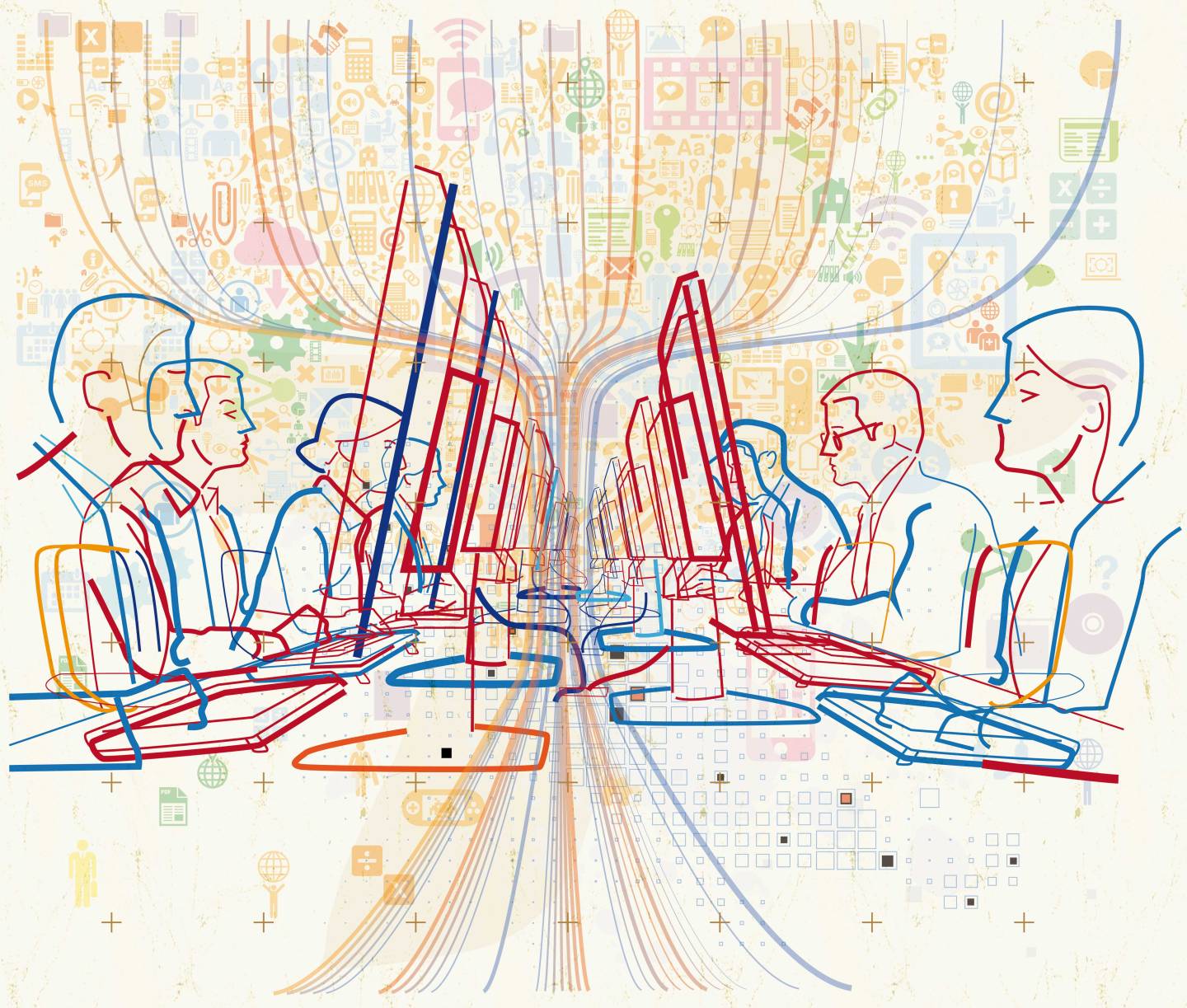 Motion sensors driving light switches used to be state of the art in office buildings, but now startups and big companies are bringing connected sensors and data analytics into commercial offices that will make building management look a lot more like IT.

So whether it’s Overstock trying to make employees more productive with connected windows or GE spinning out a company designed to take advantage of connected lighting and predictive analytics for shopping malls and corporate customers, traditional offices are going to get an infusion of data.

Last week Jones Lang LaSalle, the second largest facilities management company in the U.S. signed an agreement with a startup called Enlighted which sells connected lighting for offices. The partnership between the two firms will let JLL customers see how effectively they use their real estate and allow them to save money on their lighting, air conditioning, and heating bills.

Enlighted is one of many startups aimed at making commercial spaces smart through a combination of connected sensors and digital analytics. With the JLL partnership, Enlighted’s CEO Joe Costello hopes to make inroads into the commercially managed offices market and find takers for new apps that the company has developed to save money on lighting, HVAC, and commercial real estate.

Enlighted makes a lighting fixture that contains sensors that measure ambient light, occupancy, temperature and other measurements, as well as the accompanying software. Costello says Enlighted costs “a couple of dollars to install,” on a per square foot basis, but can save customers about 67% on their energy costs. Initially the company started by helping corporate customers lower their lighting bills, both by replacing fluorescent fixtures with LEDs and by turning them off when people weren’t around.

But in the last year Enlighted has been testing new applications, called Aire (which does something similar with heating and cooling) and Space, which uses the occupancy sensors built into the light fixtures to understand how people use the space. And that’s where things start to get interesting. Costello explains that customers are using the Space app as a way to understand where they can save money on office costs. Historically he explains that many of these decisions have been political in the past, when a consultant comes in and tries to tell a company that a department doesn’t need as much space, the manager might complain and then nothing changes.

“Now the space planner has data they can show executives about how people use the space, which changes the conversation,” Costello says. What’s even more interesting is that the data can also be used to see if corporate experiments with new types of workplace layouts are working. Costello says one client looked at the data after trying to implement an open floor plan where people would gather to work together in groups and share ideas. One look at the Space app data and he knew it wasn’t working.

This type of real-time feed back on energy usage, office layout, or even the affect of lighting on productivity can be like A/B testing in the real world. (A/B testing is a type of testing popular online: For instance, in publishing where a designer tests two different designs to see how many people click on each design, before going with whichever one gets the most readers.)

MORE: This startup wants to bring the Internet of things to the enterprise

Enlighted, which counts AT&T and HP as customers, isn’t the only company trying to connect commercial offices. Lucid, another venture-backed company, is providing software that tries to help municipalities and corporate customers track how much energy they might save using systems like Enlighted or others. Will Coleman, who last month became the CEO of building software company Lucid, says the building management business is incredibly fragmented and only now is it ready to start coming together under the IT department whether they want it or not.

“What used to be a far-fetched idea when this was all done with proprietary technology from companies like Siemens or Honeywell or Johnson Controls, is now being solved in a big way with open, commodity hardware and easy-to-use software and services,” says Coleman.

The transition mirrors what happened in the IT industry about 30 years ago or what happened in enterprise software about 20 years ago. Lucid’s goal is to provide the software that can manage the systems building managers are putting in place to ensure that they are saving money and energy. For much of its 11-year existence, Lucid has focused on municipalities and other government buildings looking to emphasize sustainability, but in the last year it’s been switching its business to corporate clients, who now are seeing clear returns from investing in smarter buildings in the form of energy savings or productivity gains.

Lucid and Enlighted are only a couple of the smaller companies trying to get into this sector. Many are providing a small part of an intelligent building offering, such as the algorithms that might handle the lighting, or maybe the window platform. Some of the other startups in this area include Building Robotics (which makes algorithms that help individuals control their HVAC environment through an app on their phones), lighting controls company Lutron, smart window maker View, and CommScope (which provides the wiring and infrastructure for smart buildings).

And while the venture world is focused on funding companies with an IT bent, it’s not clear that the Honeywells or Siemens are ready to give up the fight so easily. Honeywell has invested in some fairly innovative products—such as its Command Wall, which uses application programming interfaces and includes a giant touch screen. It, and others in the operations world, has the advantage of experience with the many old-school protocols and systems used in buildings for decades.

What we’re likely to see is closer collaboration between those companies and the IT giants, if not an outright merger at some point. Intelligent buildings make a huge amount of sense from an energy savings perspective, an employee management perspective, and from a safety perspective. Getting to truly smart offices requires a similar amount of startup ingenuity and the gravitas of a big company willing to sell and integrate that complex technology for buyers.