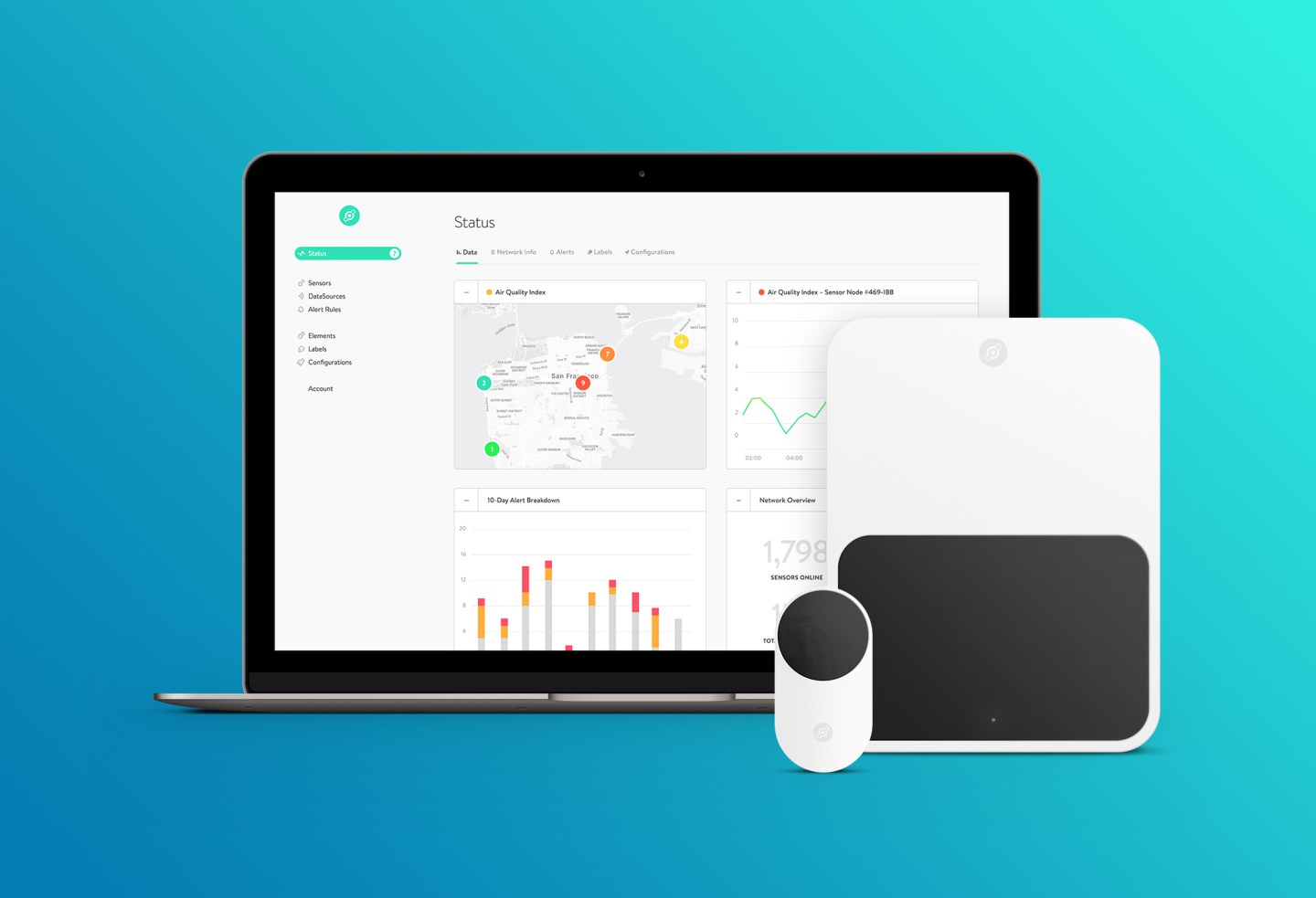 With the potential for billions of connected devices and trillions of dollars in the next few years, the Internet of things has startups and established companies salivating over the opportunity. So it’s no wonder that Helium, a two-and-a-half-year-old startup that has backing from Shawn Fanning of Napster fame and Khosla Ventures, is ready to get in the game.

Helium launched Tuesday with a custom-built sensor network design designed around a custom radio technology and software designed specifically for corporate customers. What’s probably most interesting about Helium’s product is that it’s focused on the software, not the sensors.

The software focus gives the customer a lot of flexibility. So if the sensor is designed to measure temperature for example, the system can be changed to measure temperature once a day, and later, once every hour. An operator could also change the range when an alert might sound or otherwise adjust parameters in the software. For people used to dealing with today’s computer and mobile software this may not sound revolutionary, but for the embedded world of old-school sensors, such flexibility can still be rare because programming the sensors is so complicated. That’s where the Helium software comes into play.

Helium’s president and chief operating officer Rob Chandhok says it wants to be “the Android of the Internet of things.”

Its nearest competition is probably the secretive Samsara, a startup that has $25 million in venture financing from Andreessen Horowitz. Helium however, has its own star backers. It’s raised more than $16 million from Fanning, Marc Benioff, Khosla Ventures, and FirstMark Capital.

Since selling sensors is tough work, Helium is launching with a product that measures refrigeration in hospitals and restaurants. Pilot customers (who Chandhok declined to disclose) are using the Helium sensors and cloud to ensure that staff are notified if the fridges containing food and drugs fall out of certain temperature windows. Stanley Healthcare offers such a product to hospitals, but Chandhok says that it is less flexible when it come to adjusting how the temperature monitoring parameters are set up.

MORE: What all executives need to know about the Internet of things

Originally, Helium’s focus was more on the network, but it appears that now it’s more on the software and run time environment, which is probably a good move for the company to make. Selling radio technology to corporate buyers is a tough sell, when most of them want a simple-to-understand product. With the pilot customer use cases, Helium is trying to oblige.

However, for the tech minded, the company has built a radio technology based on 802.15.4 standard that is also used for the ZigBee mesh networking radio protocol, used in the Philips Hue light bulbs. Helium’s radio is not a mesh like ZigBee but it does operate for a year on battery power, which seems about right for the standard. That’s going to be a long time for a small number of sensors, but a pain for any large number of sensors, as changing the battery is a pain most enterprises don’t want to deal with.

Finally, the data goes up to Helium’s cloud which the company hosts itself and will eventually offer as a product for corporations to host in their own data centers as well. This is somewhat unusual since many startups choose to host their cloud platforms on Amazon Web Services.

Helium’s story is likely to become more common in the coming year or so as more startups launch with tweaks on proprietary sensor platforms to help enterprises connect their stuff to the Internet of things—in a way that’s a little more user friendly than the sensor networks from a decade or two ago. What will be more interesting is to see whether or not a clear winner or standard emerges from these platforms as companies adopt them.

For more on the Internet of things, watch our Fortune video: