How a retirement community is embracing the Internet of things 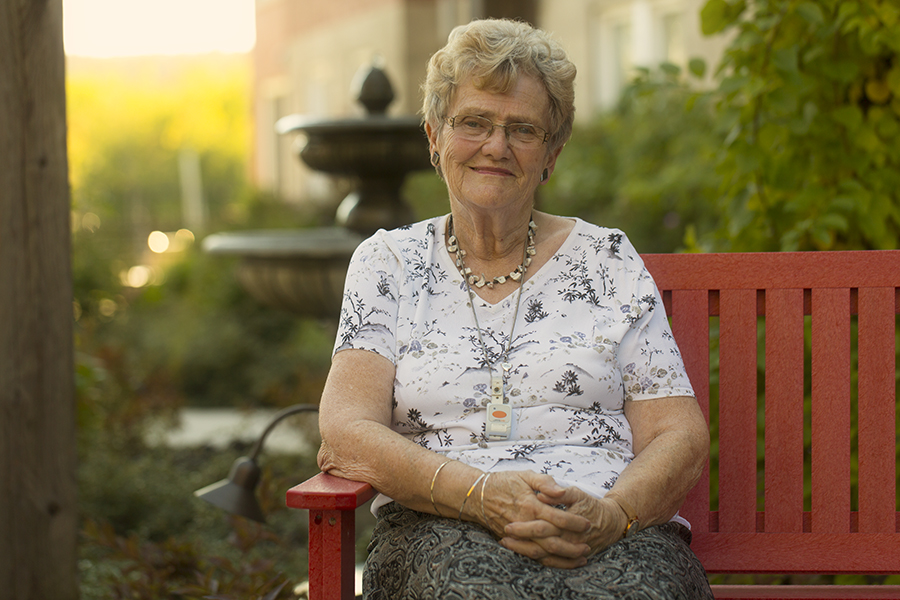 Most residents at Episcopal Senior Communities’ six continuing care facilities roam the grounds wearing a pendant that connects them with a tap of a button to the staff via a Wi-Fi network. The pendants can also track the residents as they move about the property, enter and exit their rooms and request care. Other connected sensors can track staff, ensure that medicines are stored at the proper temperatures and prevent residents from wandering off the property by locking doors.

The combination of sensors, senior living and resulting analytics are an experiment worth watching as the population ages and few trained healthcare providers step up to care for them. The industry is trying to develop more housing for the 10,000 Boomers entering retirement age every day, but also high-tech solutions that can help mitigate this burden of providing care.

Episcopal is using connectivity and real-time people tracking to build the retirement communities of the future. The hope is to improve patient safety, offer accountability and help improve the return on investment. The company is working with Stanley Healthcare, a division of the company more famous for its tools division, but also well-known for its door locks and automatic entry and exit systems used around the world. Three years ago, it got into the medical and hospital space with the purchase of AeroScout, a company that uses Wi-Fi monitoring to track people moving around health care settings.

The software is used in hospitals, and now in nursing homes. The big breakthrough is tying everything together so if a patient with dementia wanders off, a facility can begin a lockdown procedure using the Stanley tracker and the Stanley doors that prevents the person from leaving the facility and ending up roaming a city or wandering into a busy street. Except instead of merely instituting some prisoner-style lockdown maneuver, the facilities that installed the systems soon realized that being able to track their patients with dementia and Alzheimer’s also had huge benefits to the staff.

The trackers are located in pendants that residents wear, and they can also double as a way for the resident to call the staff when the resident needs attention. Karen Kemp, a program manager and a systems analyst at Episcopal says that at first her employer used the trackers only on patients with dementia. However, use soon spread to residents in assisted living care who adopted it on a voluntary basis. Kemp says almost 100 percent of guests in assisted living use the trackers and residents in independent living are also demanding trackers.

Residents like the security of being able to walk the campus and have staff know where they are, said Kemp. They like knowing that if they fall or need help, staff members can find them, Kemp said. The staff like that aspect of it too, but it’s also helpful to track how quickly the staff respond to residents’ requests. For example, when a spouse or child of a resident complains that their partner or parent isn’t getting attention, the Episcopal staff can pull up the record of calls and show exactly how long it took to respond to the calls and what the staff did in response.

This level of detailed record keeping also helps justify the decision to move patients to a higher (and more expensive) level of care, such as from independent living to assistant living. Having a record of falls, wandering off property or needing more assistance can offer a rationale for the family, but it can also trigger the decision to have that conversation in the first place.

Another thing Episcopal is looking for is the ability to run a report and see that all residents have left their room for the day. In nursing homes, federal regulations require a facility to make sure that a resident isn’t stuck inside their room. Right now, the company tracks this by having the security staff manually flip a flapper on each resident’s door each night. When the resident opens the door to leave in the morning the flap flips over and a staff member makes the rounds to check that all flaps are flipped.

It’s a manual process that could easily be automated with a sensor on the doors that tracks if it has been opened. Kemp says there is more that can be done with the data as well, but so far she’s not sure this can really help care for more people with few staff. If so, that would be a blow for those hoping the internet of things and more automation can help augment caregivers as the population ages.

She says it can help staff focus more on the job they are doing as opposed to keeping one eye on the door for the resident who likes to make a break for it during meal times, but it doesn’t fundamentally change the fact that people need care. Kemp says that in many cases enabling patients to call the staff when they want has led to more demands on staff as residents ask if they can have water, if it is time for their medicines yet or if their kids are in the lobby for their expected visit, or any other effort to get some kind of human interaction. Kemp says Episcopal is looking at adding two-way communication to the tags to help cut down on the running back and forth to answer calls that might be easily answered with a simple voice answer as opposed to a visit.

Yet, despite the shift in attitude it has required from the staff, which have to be a bit faster on their feet when it comes to answering calls, the biggest challenge Kemp sees for the senior care industry is one of adopting new technology over paper. “In the short-term it’s a very paper intensive industry and it’s going to be hard to get this group to let that go,” Kemp said. But the ability to improve the standard of care for residents, as well as prevent residents from wandering off or falling and laying unable to get help for hours is the reason she’s so excited to bring the technology to Episcopal.

“We’re improving patient safety, and there is no price you can put on that,” she said.