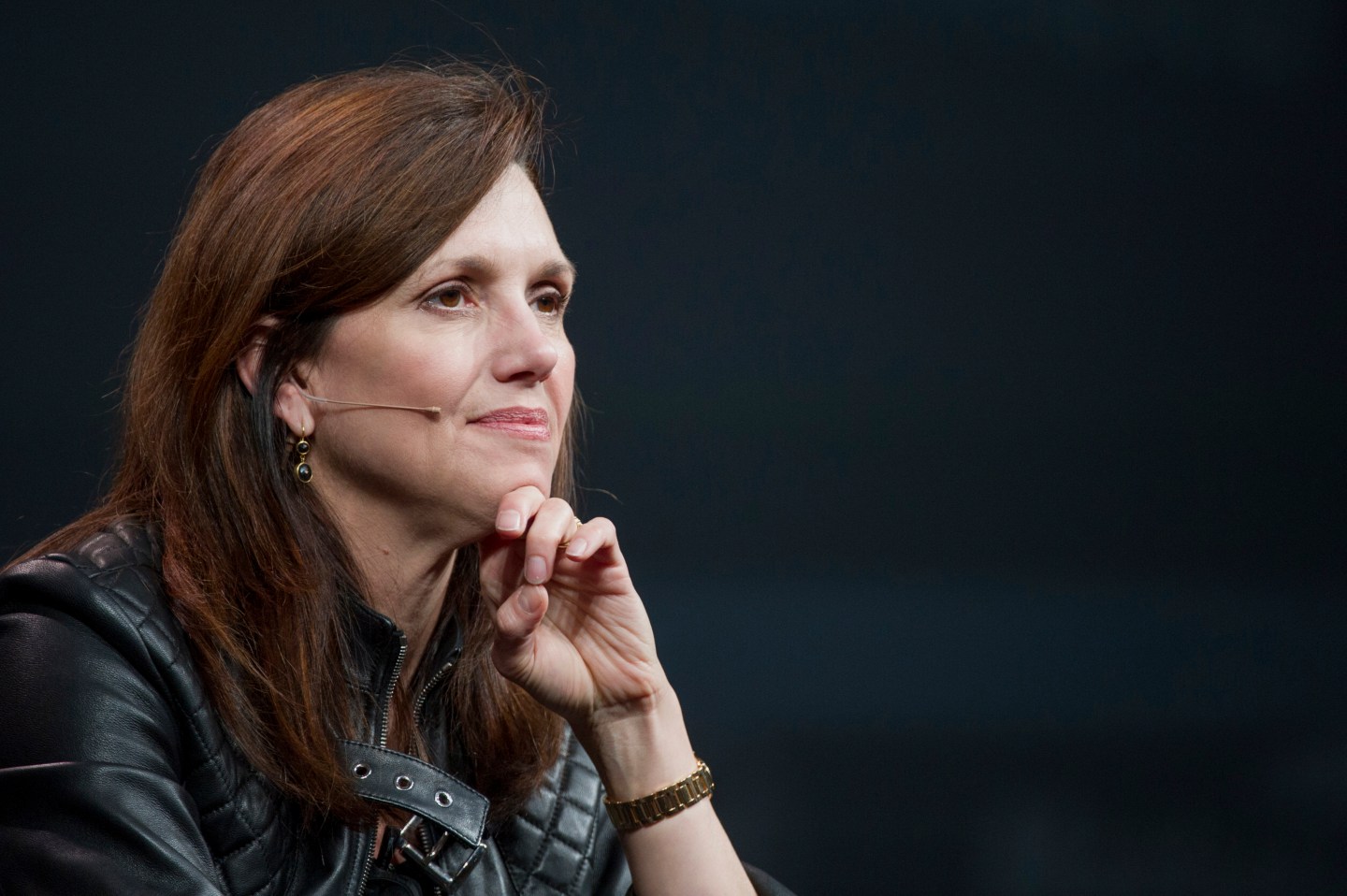 Beth Comstock, senior vice president and chief marketing officer of General Electric Co. (GE), listens during a keynote session at the The Marketo Marketing Nation Summit 2014 in San Francisco, California, U.S., on Wednesday, April 9, 2014. "Our goal is always to meet the needs of our customers and leveraging innovative marketing software is a practice that allows us to be more responsive with information and service," Comstock said. Photographer: David Paul Morris/Bloomberg via Getty Images
Photograph by Bloomberg via Getty Images

As companies everywhere experiment with new business models enabled by the Internet of things, GE is building a brand new $1 billion energy business called Current to take its experimentation out of the lab and into the real world.

Beth Comstock, vice chair of Business Innovations at General Electric, laid out in an interview with Fortune exactly what that something new looked like. The business is called Current and will be based in Boston. It’s headed up by Maryrose Sylvester who led GE’s LED lighting business. That whole line of commercial LED lighting folds into Current, which also will encompass some of the solar technology and battery technology that GE is working on as well.

Current’s customers include Walgreens, Simon Property Group (SPG), Hilton Worldwide (HLT), JPMorgan Chase, Hospital Corporation of America (HCA) (HCA) and Intel (INTC). So far they are saving between 10% and 20% of their electricity bills. Current aims to achieve $5 billion in revenue by 2020 and has roughly $500 million in financing available for customers, although Comstock implied that number could increase. “We are going to scale pretty quickly,” she said in response the question.

If the big picture goal of any connected business model is to turn what was once a product into a service, Current takes the concept one step further. So instead of selling a customer a single LED light, the goal is now to sell lighting not just as a service, but as a package of energy-related tools that a customer can then rely on to offset his overall power demands.

Instead of paying for individual items which can be perhaps cheaper, but complicated, the opportunity here is to create a holistic service that manages energy costs and seeks to use a mix of conservation methods. Those might be things like LED lights and analytics, energy generation through solar panels or other techniques, and energy storage through on-site batteries. The goal is to make the overall cost of electricity for a commercial customer a bit lower, more reliable, and more resilient.

It’s a complicated service delivered by a complicated mix of software. But it’s exactly what many companies are trying to create when they begin connecting their products to the Internet. It’s just that few have the tenacity and pieces to pull a business together like GE has with Current. For now, the business is a bit one-sided, focusing only on the customer’s side of the equation, as opposed to bringing in the utility, but Comstock said she hopes to have utilities involved soon.

Given how some utilities seem to view conservation and solar generation as a potential loss of revenue, it seemed like they might look at Current as a potential competitor siphoning off part of their revenue stream. Still, Comstock said the data that GE could offer was what would bring them on board. “We can provide them more understanding of what the costs really are, and lower peak demand,” Comstock said.

Lowering peak demand is certainly something that attracted Tim Earnest, executive vice president of property management at Simon Properties, to Current’s program. Simon, which operates a variety of shopping centers in 37 states, uses between 20,000 and 30,000 kilowatt hours of electricity in an enclosed mall on an average day. Earnest explains that when developing properties conversation and energy generation can help bring communities on board, and that’s one reason Simon is always looking for progressive ways to conserve energy. It is experimenting with batteries to offset peak demand, but Ernest says those efforts are really new.

He notes that when you have to heat or cool well over a million square feet of space, that requires a lot of stored energy and the batteries are just beginning to evolve to meet those needs. Current’s technologies go beyond energy generation, storage, and conservation as well. In Indianapolis Simon is testing cameras embedded in GE’s LED’s to monitor the traffic in the mall’s parking lots. Earnest says the combination of energy technology and information technology that GE has been experimenting with is so far saving money and providing him with services that allow Simon to do entirely new things for its business.

And that, after all, is what the Internet of things is about.