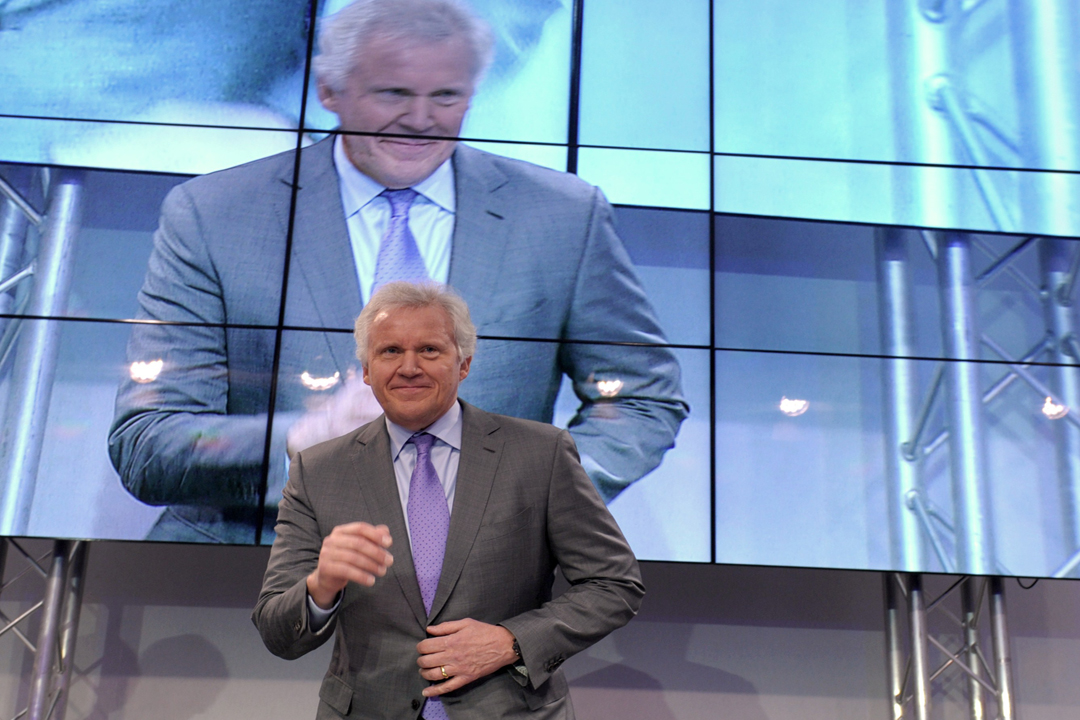 GE plans to create a new business to help governments, industrial and utility clients become more energy efficient, according to GE (GE) CEO Jeff Immelt who is speaking at the conglomerate’s Minds+Machines event in San Francisco. The business will start out will $1 billion in revenue and will combine GE’s existing Predix assets with available financing provided by the new company. The company, which currently doesn’t have a name, will have an undisclosed amount in available capital for financing activities.

While GE said it would get out of the risky banking business earlier this year, it decided to stay in healthcare, aircraft leasing and the energy financing industries, which support GE’s core lines of business. The goals of this new company appear to support the energy and Industrial Internet products that GE is selling. However, GE was sparse on the details of this new business, only saying in its release that it plans to:

“… create an entirely new type of energy company that combines financing with GE’s physical and digital capabilities across energy efficiency, generation and storage. The new organization will meet the unique needs of a wide range of Commercial & Industrial, utility, and municipal customers – hospitals, universities, retail stores, cities – and provide them with the hardware and software they need to be more reliable, more efficient and more profitable. Additional details will follow in the coming weeks.”

At its Minds+Machines event, CEO Immelt is expected to launch the Predix.io developer platform, which sits on top of GE’s Predix data analytics software and cloud service. The Predix.io offering lets developers build whatever application they might want for customers and is analogous to Salesforce.com’s Force.com platform as a service. That lets outside developers build software that uses data from Salesforce’s customer relationship management software.

Bill Ruh, the chief of digital at GE, says that currently the Predix.io platform is in a testing phase with about 4,000 developers using it, but it will open up to everyone in December. He estimates that by this time next year, about 20,000 developers will be using the service. Not only will outside developers be able to build applications on Predix.io, GE has also created software as a service running on top of Predix.io for the manufacturing industry and for power companies.

Procter & Gamble (PG) is the second customer outside of GE itself using the Brilliant Manufacturing software that GE has built using sensor data from the factory floor pumped into its software and cloud. The software and accompanying applications has saved P&G 10%-20% in unplanned downtime already, said Ruh. Exelon and PSEG are using the power plant software and Ruh estimates it could save each customer $230 million over the 20-year life of each power plant.