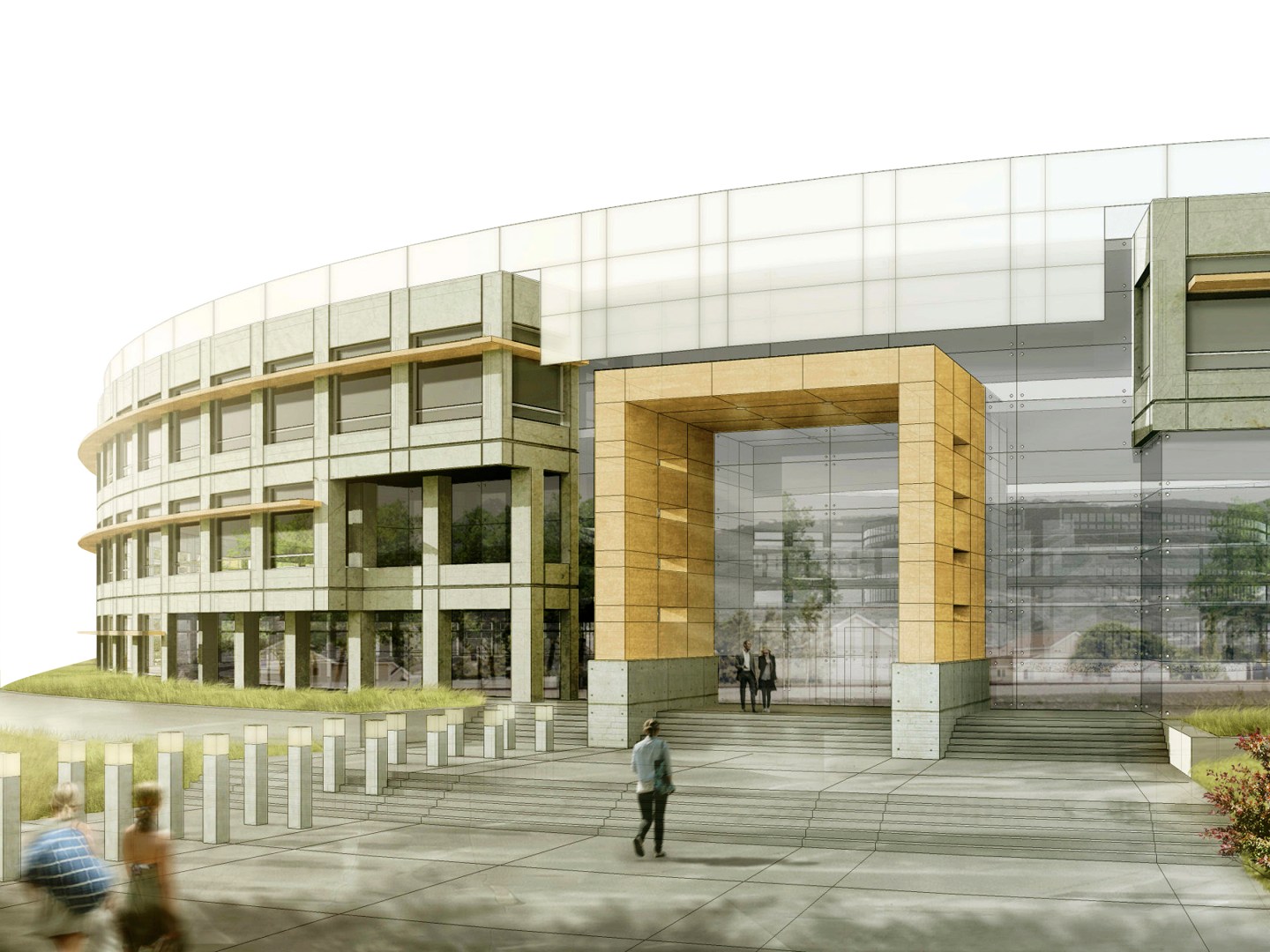 Overstock is building the hippest place to work in America. That’s CEO Patrick Byrne’s goal, at least. When the company’s new Salt Lake City office, the “Peace Coliseum,” opens next year, it will offer an extensive list of Silicon Valley–style perks: day care, a physician, a yoga studio, a massage therapist, and organic food grown on-site.

But the thing Byrne is most excited about is the view. The 230,000-square-foot office will feature a panoramic view of scenic Cottonwood Canyon. Rather than obstruct it with 40,000 square feet of blinds to shield occupants from the sun’s glare and heat, the Peace Coliseum will make use of Internet-connected windows, or “smart glass.”

Made by a Milpitas, Calif., startup named View, the electrochromic glass automatically adjusts its tint based on the sun or the worker’s preference, courtesy of a jolt of low-voltage electricity. Light-sensitive glass is not a new concept, but View’s Internet connectivity lets the windows commu-nicate with the building’s heating and cooling system and enables occupants to control the windows’ tint from a smartphone. (View has raised $460 million in funding; its most recent round was led by Corning, the 164-year-old glassmaker.)

Smart glass is not cheap. The upfront costs of installing it are 50% higher than for regular windows, View CEO Rao Mulpuri says, due in part to its added complexity. But the premium shrinks to less than 1% if you include savings on window coverings and cooling systems.

For Overstock, the cost is far outweighed by worker satisfaction. “Our annual payroll is $100 million,” Byrne says. “If we can do something that makes people 2% more efficient, then that is worth $2 million.” According to a 2011 University of Oregon study, workers whose offices were exposed to natural light took fewer sick days than those whose offices weren’t.

“The things you can do to make people happier and more comfortable,” says Byrne, “lead to dollar-and-cents benefits.”