Beyond the mayo wars: Hampton Creek takes its plant-based crusade to salad dressings and cake 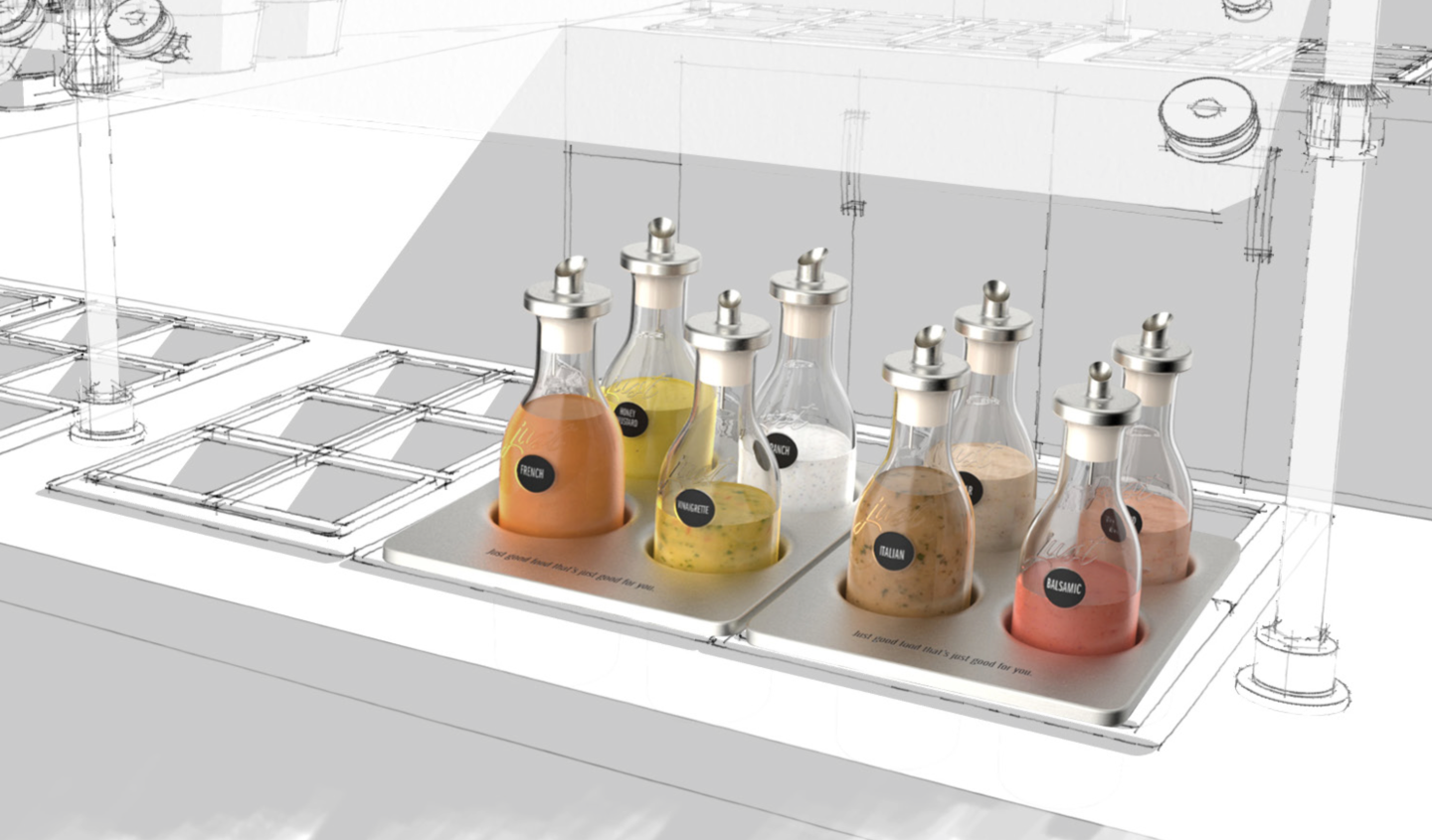 With the deal, Compass Group is replacing one of the top-five global consumer-packaged goods companies in the world with Hampton Creek’s dressing, as well as a top-five supplier of bakery products in the U.S. with mixes made by the startup. At the request of Compass Group, Hampton Creek declined to name the incumbent companies.

“It’s the biggest cog in our machine,” Hampton Creek CEO Josh Tetrick says of Compass Group. “It’s the most important partner for us because of its scale and shared philosophy.”

Because Compass pulls its food from distributors U.S. Food and Sysco, the deal will put Hampton Creek products in more than 85 of their warehouses. Restaurants are also supplied by U.S. Food and Sysco (SYY), so having placement with these distributors will significantly expand Hampton Creek’s reach, Tetrick says. He added that a lot of the products the company develops for the food service company will eventually end up on retailers’ shelves.

The company has also been bulking up its board: Obama’s one-time Health and Human Services secretary Kathleen Sebelius, marketing consultant and philanthropist Lynne Benioff (who is an investor in Hampton Creek along with her husband, Salesforce CEO Marc Benioff), and co-founder of artificial intelligence company DeepMind Mustafa Suleyman have joined as directors, Tetrick says.

Hampton Creek’s most recent agreement with Compass Group is just the latest push from the food startup, whose rise is part of a shifting of the world order for entrenched and well-established consumer packaged food companies. Because of its fast growth and philosophy on plant-based foods, Tetrick’s enterprise has garnered out-sized attention—some of it unwanted.

In a similar vein, earlier this year the U.S. Food and Drug Administration sent a warning letter claiming that the Just Mayo products are “misbranded” because they do not meet the definition and standard of identity for mayonnaise.

Hampton Creek also has the egg industry worried. The United States Department of Agriculture is investigating the American Egg Board following allegations that it launched a campaign against Hampton Creek that was beyond its mandate—including an attempt to have Just Mayo removed from the shelves of Whole Foods Market (WFM). The president of the American Egg Board has since retired early.

Tetrick says he will be meeting with the USDA and FDA this week in Washington. He says that he plans to explain the company’s raison d’être to the FDA.

“For us, it’s not about mayo,” he explains. “It’s about how can we proactively work to create real change in America’s food system.” He also noted that with all of the other products in the company’s pipeline, it expects mayo to be a tenth or a twelfth of its business in a year.

Tetrick says he also wants to talk to the FDA about the products the company has coming out in the next few years in order to avoid future issues. For example, its Just Scramble product, which is meant to act as a replacement for scrambled eggs, is expected to launch in early 2016.

Tetrick says one of his priorities is working with the FDA to integrate sustainability into standards of identity. Right now, standards of identity have a caveat for nutrient claims. That means, for example, that fat-free mayonnaise can still be called mayonnaise even if it does not have the percentage of oil (65%) required by the FDA’s legal definition. Tetrick says he believes there should be similar latitude for products that are also better for the planet.