Worst case scenario: What if none of the unicorns live up to their valuations? 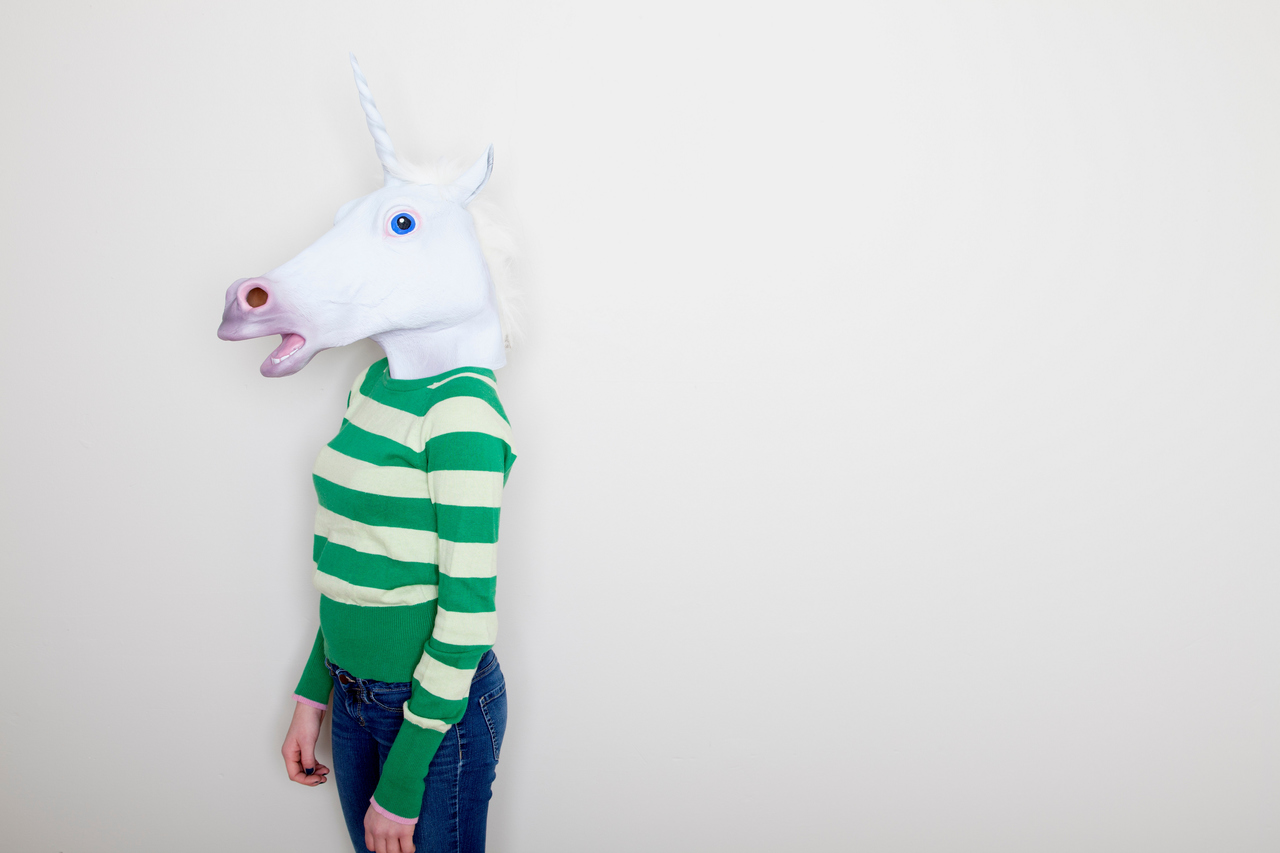 It’s conventional wisdom in Silicon Valley that none of the so-called unicorn startups, valued at $1 billion and up, are actually worth their $1 billion (and up) valuations. They will be, but they’re not right now.

That sounds crazy to an outsider, but it’s how venture capital investing works. High-growth, high-risk tech startups are given astronomical valuations based entirely on the promise of future growth. Venture capital is a high-risk asset class, so it’s supposed to be a stretch.

Snapchat’s venture investors say it’s worth $16 billion. But if the company went public today, Wall Street traders wouldn’t be so generous to a company with a target of $50 million in annual revenue and zero profits.

The company’s investors expect it to grow fast enough that eventually, Wall Street will believe it is worth $20 billion, or $30 billion (or $32 billion, if anyone in the latest round plans to double their money).

But not every unicorn is going to live up to its potential. Investors have warned of “dead unicorns” and “unicorpses” all year, and we’re already seeing the cracks: commentators say $10 billion Dropbox is increasingly looking like a “feature not a service,” $9 billion Theranos is battling a wave of questions about its technology, $1 billion Evernote has experienced executive turnover as it prepares to go public, $800 million Flipboard lost its top executives after several acquisition talks fell through, according to Bloomberg.

The number one reason venture capitalists say the current tech boom is nothing like the dotcom bubble of the late ‘90s is that today’s highly valued startups are real businesses. The money-burning dotcoms from the last go-around went public with little or no revenue, so when it all collapsed, they went down to zero. But this wave of startups, they have revenue. They are building real businesses, disrupting hotels, taxis, housecleaning, and data storage. If it all collapses, they won’t go down to zero, because “there’s a there there.”

Rather, the worst case scenario is that the unicorns, which have created $500 billion in value to date, don’t live up to their valuations. All of them have to exit at some point; that’s how venture capital works. For most, that means an IPO. Only a select handful of acquirers can afford to spend $1 billion or $10 billion on a startup acquisition, and odds are Google, Facebook, Amazon and Apple already had the chance to buy the most attractive startups before they got this expensive.

But the IPO market is just as challenging as the M&A market. Fortune’s Steve Gandel recently crunched the numbers: If all 90 of the U.S.-based unicorns to went public, selling a standard 35% of their shares at a 20% premium to their last valuation, IPO investors would have to buy $131 billion worth of newly issued shares. Even spread over several years, that’s more than a stretch. Last year, only 22 tech companies went public, raising just $7.6 billion. The market for all IPOs this year so far is only $35 billion, down from the $56 billion average over the last 20 years.

Second, public market investors get skittish. The narrative of a high-growth rocketship becomes a story of a battered, challenged question mark. CEOs lose the benefit of the doubt. Top employees leave. Competitors move in.

If this begins to happen more frequently than not, it will become difficult for any startup unicorn to go public.

When we put a unicorn on the cover of Fortune last January, I thought it might signal a peak. I was wrong – funding, especially at the late stage, only accelerated. For visual proof, check out this CB Insights chart:

As we enter the next phase of “The Age of Unicorns,” many highly valued companies will struggle to live up to their valuations, meeting harsh scrutiny from the press, regulators, and future public market investors. Becoming a unicorn, it turns out, was the easy part.