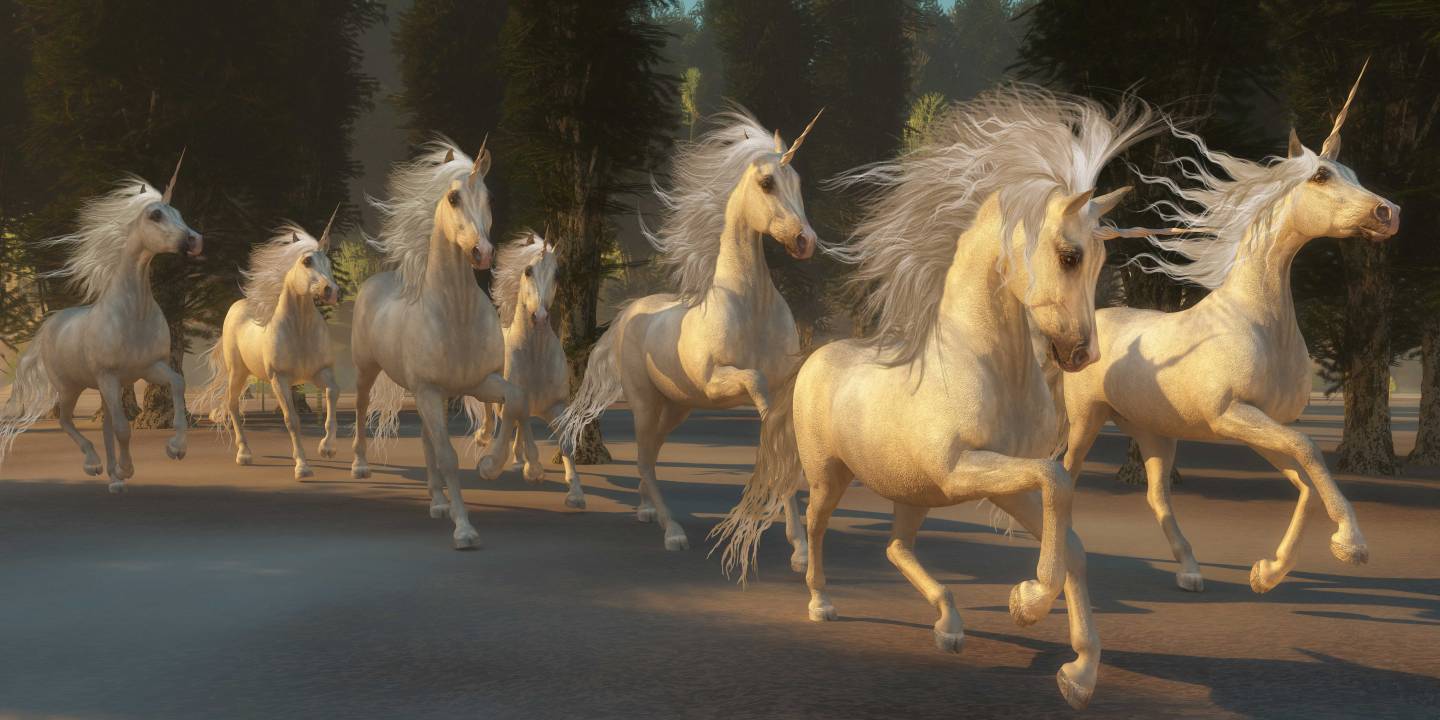 The unicorns may be running out of room to fly.

Recently, there has been growing concern about the health of the private companies, mostly tech firms, that have been nicknamed unicorns because they have been valued at more than $1 billion. Fortune reported last month that a number of venture capitalists keep ‘dying unicorn’ lists, tallies of the highly valued startups that they expect to go under. And a number of these startups have recently come under attack for their business practices, accounting, or claims about their technology.

Meanwhile, the IPO market has been showing some cracks. First Data, one of the biggest IPOs of the year, ended up pricing below its range. Supermarket chain Albertsons decided to delay its IPO. And the stock performance of tech companies that have recently IPOed have been lackluster.

The result: Even if all the unicorns were originally on a path to becoming companies that generated gold at the end of the magical rainbow, it’s becoming increasingly clear that not all will complete the journey.

Of course, there are so many of these highly valued private companies in the first place because there was a sense that entrepreneurs would be keeping their companies private for longer. What’s more, many of the companies probably aren’t ready to go public.

“The proverbial IPO window is not open for all of these companies,” says Anand Sanwal, the CEO of CBInsights, which maintains a unicorn list. “The fundamentals of many of these companies are far from proven. They would get chewed up in the IPO market right now.”

But investors are eventually going to be looking for a way to cash out, especially for companies that have gone a few years since their last funding. And the IPO market is one of the primary methods to cash out. Startups also get acquired, another means for investors to collect. But given how big some of these companies have become, an IPO is more likely. As a result, more and more of the companies that were shy about going public may soon be looking to do so.

“We have to work past the erroneous mythos that ‘stay private longer’ was a good idea,” says venture capitalist Bill Gurley, of Benchmark, who has been warning that unicorns could be running into problems. “That one really bad piece of advice is going to cost the industry a ton of equity value. Many won’t be able to make the shift.”

The unicorns could make this shift, but the IPO market would have to have one of its best years ever for that to work. Here are the numbers: There are roughly 140 unicorns by the latest tallies, and just over 90 of them are based in the U.S. Based on their last recorded round of funding, those 90-plus unicorns are worth just over $310 billion. To reward early investors, most companies that go public usually do so at a higher valuation then what they were valued at when they last raised money. Add another 20%, which sounds reasonable now, but if the market gets hot again it could be much more than that, and we are up to around $375 billion.

Still, companies don’t sell all of their shares when they IPO. Over the past two decades, the average has been 35%. That means for all the U.S.-based unicorns to go public, IPO investors would have to buy $131 billion worth of newly issued shares.

That’s never happened in a single year. The best year ever for IPOs was 2000, according to data from research firm Dealogic. That year, new issues raised $105 billion. But the average for the IPO market over the past 20 years has been $56 billion. This year, the IPO market has slumped to just $35 billion, far less than what’s needed to satisfy all the unicorns’ dreams.

Then again, even if all the unicorns wanted to go public, it’s unlikely they would do so in the next year. It would probably be spread out over a few years. What’s more, most tech companies tend to sell a smaller portion of their ownership in an IPO than other companies, more like 20%. That brings the IPO ask from the unicorns down to $75 billion, which, spread out over a number of years, is possible.

Leslie Pfrang, who advises companies on IPOs at Class V Group, says the unicorn companies and their investors have nothing to worry about. She says there is plenty of capital out there for IPOs, even if a bunch of the unicorns all decided to stampede the IPO market at once.

But that’s only considering the unicorns. There are other companies looking to go public as well, some of them more established than startups. Private equity firms have lots of former leveraged buyouts – Albertsons is one of them – that they would like to take public. This doesn’t include the 68 companies that have already filed documents and are waiting to go public already, according to Dealogic. What’s more, there are more unicorns coming. CBInsights has a list of 50 other private companies, mostly based in the U.S., that are likely to soon get $1 billion valuations. The unicorn waiting line is getting longer.

The unicorns aren’t just tech companies, but a lot of them are. And if you look at just tech deals, $60 billion starts to look like a big number for the IPO market again, even over a few years. The tech IPO market peaked in 2000 at $44 billion, and it has never gotten back there, though last year was the closest it’s been. This year, 22 tech companies went public, raising just $7.6 billion.

Based on that, the current blessing of unicorns could have a very, very long wait.