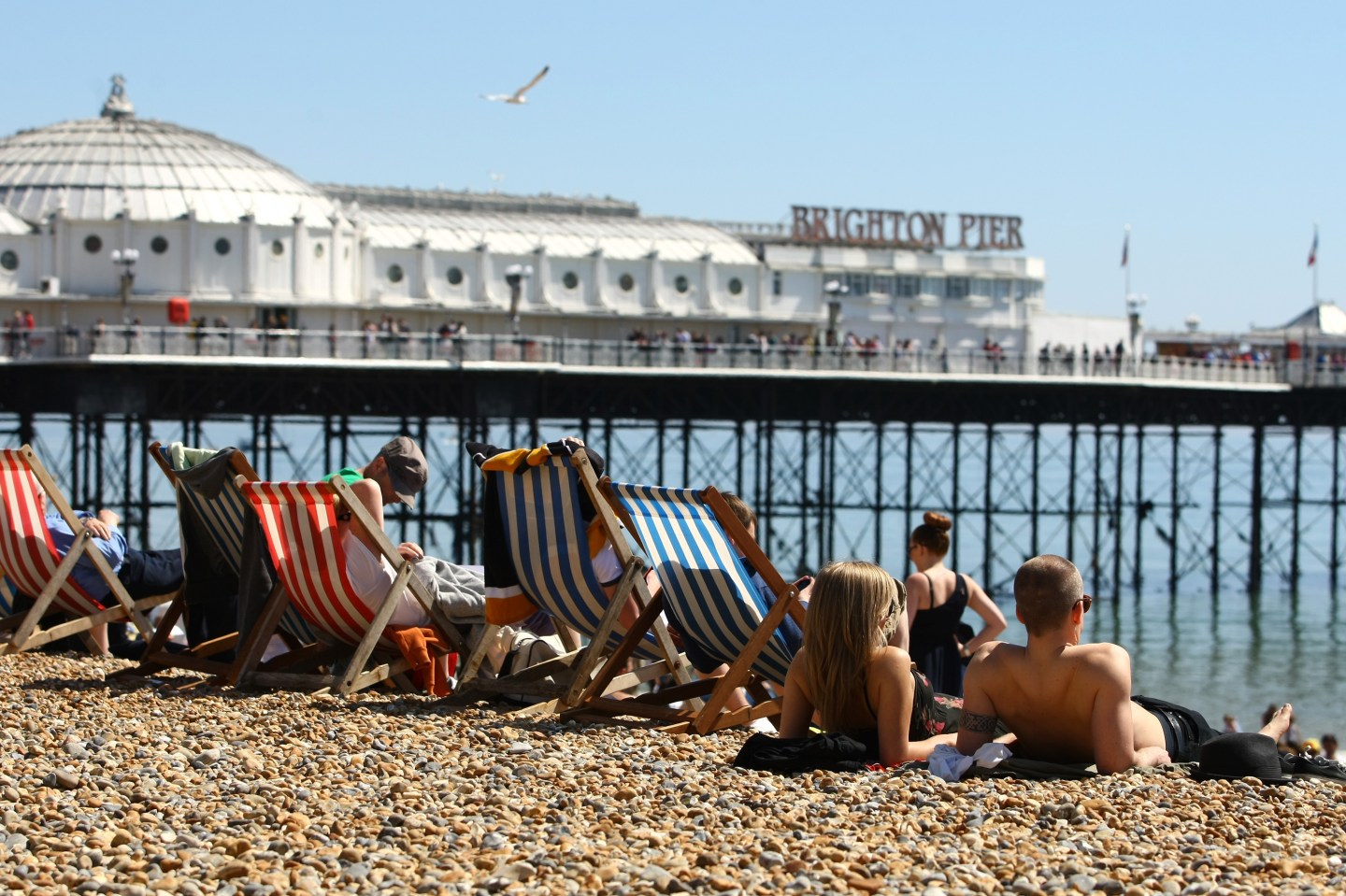 Jeremy Keith rounded a corner in his secondhand Converse, down an alleyway of Portlandia preciousness in the North Laine shops of Brighton, England’s historic, whimsical seaside resort town. There was Mr. Masey’s Emporium of Beards, a Palestinian restaurant, an independent record shop, and a menswear shop called Gangsters & Geeks. Responding to an observation that Brighton’s brightly-painted homes and storefronts—highly atypical for Britain—are reminiscent of San Francisco’s famed painted rowhouses, he lit up.

“There’s a joke that Brighton is just a BBC production of San Francisco,” Keith said with a smirk. “But, then again, we’ve been a bit smug since we got the first Green Party member in Parliament. Did San Francisco ever do that?”

You, dear reader, may not personally think San Francisco sucks these days. But it sucks enough that raising the specter of its suckiness does not merit being laughed out of the room (or LOL’d out of the subreddit).

San Francisco’s denizens banned public nudity, cruise the UberPool and Lyft Line for dates, and have made $4 artisanal toast a thing. Their tech heroes eat entire meals of only broccoli (when they’re not trying to completely out-think food by drinking Soylent). They wish that “the lower part of society keep to themselves,” compare the treatment of the rich to the Kristallnacht, host frat-themed parties during a gender discrimination lawsuit, pride themselves on giving a substandard Internet to the developing world, and propose that tech-savvy immigrants be imprisoned on a luxurious ship in international waters, to be ferried in and out daily to write programming code. How bad is it? Wilson & Wilson Detective Agency is a speakeasy hidden inside the speakeasy Bourbon & Branch. It’s Mandelbrot matryoshka malaise all the way down over there.

The story of historic San Francisco—a playground of progressive politics, bohemian art, and hippies who are adorably bad at both politics and art—is on its way out, if it hasn’t been control-alt-deleted already. Bohemia is, after all, terribly inefficient.

Yet despite the adoration of buzzwords like “disruption” and “mobility,” pretty much nobody in Silicon Valley is willing to be disruptive enough or mobile enough to actually move to one of the world’s many booming tech wonderlands. In conversations with Keith and his Brightonian brethren, they say that’s a shame, because by their estimate they are living in the San Francisco of Silicon Valley’s dreams.

When a 27-year-old female programmer at Clearleft, Keith’s digital consultancy, was asked how much of a problem “brogrammer” culture is in Brighton, she looked confused. “What’s a brogrammer?” she asked. The closest to brogrammer thinking that Clearleft gets is a job interview riddle Keith asks: Who would win in a fight between Batman and Boba Fett?

Keith founded Clearleft in 2005, which was a big year for him. It was the year he attended the South by Southwest festival—”Before Twitter turned it into a product launchpad,” he noted—and came back determined to do something similar in Brighton. That ambition birthed dConstruct, which debuted later that same year and is celebrating its tenth anniversary in September, having attracted tech luminaries over the years including Cory Doctorow, co-editor of the popular site Boing Boing, and Brian David Johnson, Intel’s first futurist.

Keith’s dConstruct conference pairs well with the Brighton Digital Festival, a monthlong September fair which has grown from fewer than 50 events in 2010 to 186 this year. “But here’s the thing I love about this town,” said Keith, in between bites of a sweet corn fritter, at the festival’s launch party this year. “It cares as much about art and education as about tech and commerce.”

He finished the fritter, then added: “It’s not the classic startup obsession with a quick-buck IPO tunnel vision. It’s more about long-term happiness. Nobody’s going to work too hard if working too hard means giving up fun, giving up life. Or else what is all this technology for?”

Keith noted that the World Wide Web was built by two Europeans, not Americans, as a free tool. He proudly declared Clearleft to be home to the world’s first Open Device Lab, made free to the public since April 2012.

“It’s the early adopter spirit of the Web, when it was this hobbyist desire to share in progress, more about the information superhighway than an e-commerce hub,” Keith said. “At Clearleft and in Brighton, we’re culturally more Boing Boing than Venturebeat.”

In that way, Keith is more Brighton’s Craig Newmark than its Mark Zuckerberg or Peter Thiel. Keith’s Clearleft co-founder, Andy Budd, explained: “Brighton is more focused on intrinsic value than extrinsic value. It’s not a do-or-die, go-big-or-go-home culture of urgency, of neediness, of pushiness, of ego. Instead of investing in 10 companies and hoping one grows by 10x, here people invest in 10 companies and hope they all double. We’re proud to be part of that thinking, that culture, that value system.”

The Skiff, for example, is a Brightonian workshare space where techies and artists mingle effortlessly (as opposed to the friction at, say, Stanford, where non-STEM majors are derided as “fuzzies”). Brighton’s eight citywide locations of Small Batch Coffee Company are popular among the tech crowd precisely because they don’t offer Wi-Fi and force people off their gadgets.

At Codebar, a weekly meeting where programmers teach code to the underrepresented (by age, nationality, ethnicity, gender, et al.), Jacqueline Currie, an aerospace engineer who runs The Curiosity Hub, which teaches hardware hacking to children ages 6 to 16, explained: “In a lot of companies, especially in Silicon Valley, outreach to underrepresented or overlooked groups is PR. It’s not real. It’s not thought-out. Here I’ve never had to explain what I’m doing. There’s not that question of ‘What’s the business benefit?’ It’s seen as the moral thing to do, the ethical thing to do.

“My friends in SF say ‘Oh, you should bring that here because we don’t have it.’ And I’m like, yeah, you don’t have it because your community doesn’t value it. And those widespread values here are in large part due to people like Jeremy, who is what I call a node. If I need something, he’s the person to go to. Everyone here knows that.”

As for the answer to the Batman-versus-Boba Fett job interview riddle? “Batman would win because, really, Batman’s superpower is money. And Boba Fett is a bounty hunter. He’d be bought off,” Keith said. “It’s quite grim to know what people will do for money.”