Here’s why Starz stock is falling so much 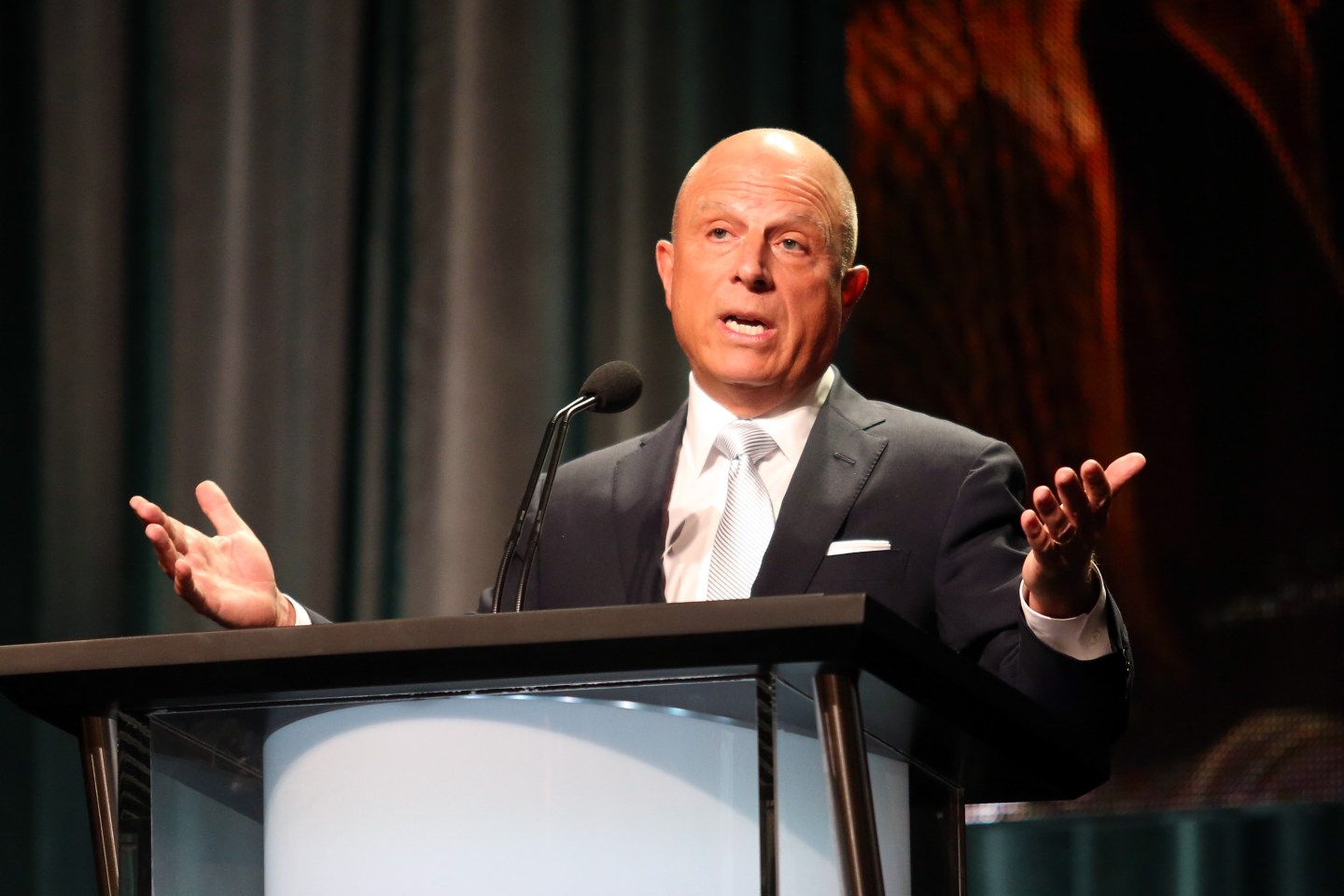 Shares of the company, whose networks include Starz and Encore premium cable channels, were down roughly 9% near the end of trade. They’d dropped below $32 at one point Friday morning for a more than 30% slide from their all-time high of more than $46 in July. Starz shares are still up more than 13% this year, thanks to a string of strong earnings and subscriber growth earlier in 2015.

Friday’s decline comes a day after Starz posted third-quarter revenue of $404 million that fell short of Wall Street’s expectations and slipped 1% from the same quarter a year ago. And while the number of subscribers to Starz channels increased by 1 million in the quarter compared with 2014, that gain was offset by 1 million fewer Encore subscribers. Both Starz and Encore reported fewer subscribers in the third quarter than they did in the second quarter, with the combined total falling by 1.8%.

Thursday also brought a wrongful termination lawsuit from a ex-employee the company fired last year. The complaint, brought by a former SVP of sales and affiliate marketing, accuses the company of inflating revenue and subscriber numbers.

Starz CEO Chris Albrecht blamed the disappointing earnings report, in part, on distractions at various cable distributors amid industry consolidation such as the DirecTV (DTV) and AT&T (T) merger, as well as Time Warner Cable’s (TWC) planned merger with Charter Communications (CHTR), according to The Hollywood Reporter.

Cable networks and cable providers have suffered in recent years as more “cord-cutting” consumers are eschewing traditional cable packages for a growing number of standalone streaming options. Comcast (CMCSA) is one provider that’s seen video subscriber totals fall over several quarters, enough so that the cable giant generated positive news when its most recent earnings report showed only a net loss of 48,000 video subscribers, which was less than analysts had predicted.

Starz has grown its business in recent years under Albrecht, and it recently passed CBS’ (CBS) Showtime to pull into second on the list of premium cable networks, behind Time Warner’s (TWX) HBO, in terms of subscribers. Unlike its two top competitors, Starz does not currently offer a standalone streaming subscription to customers who can only stream Starz original series and other programming online if they are cable subscribers.

Following Starz’s disappointing earnings report, Albrecht said the company will look to partner with new distributors that could fall outside the realm of traditional pay-television providers, as Starz tries to build its audience. The company, which counts media mogul John Malone as its biggest shareholder, has also been the subject of merger rumors with AMC Networks (AMCX) as well as Lionsgate (LGF). Albrecht has neither confirmed nor denied rumors that AMC is in talks to acquire Starz, though he told CNBC recently that takeover talks illustrate his company’s value.