Meet Mercedes-Benz’s Vision Tokyo, a self-driving car for the megacity 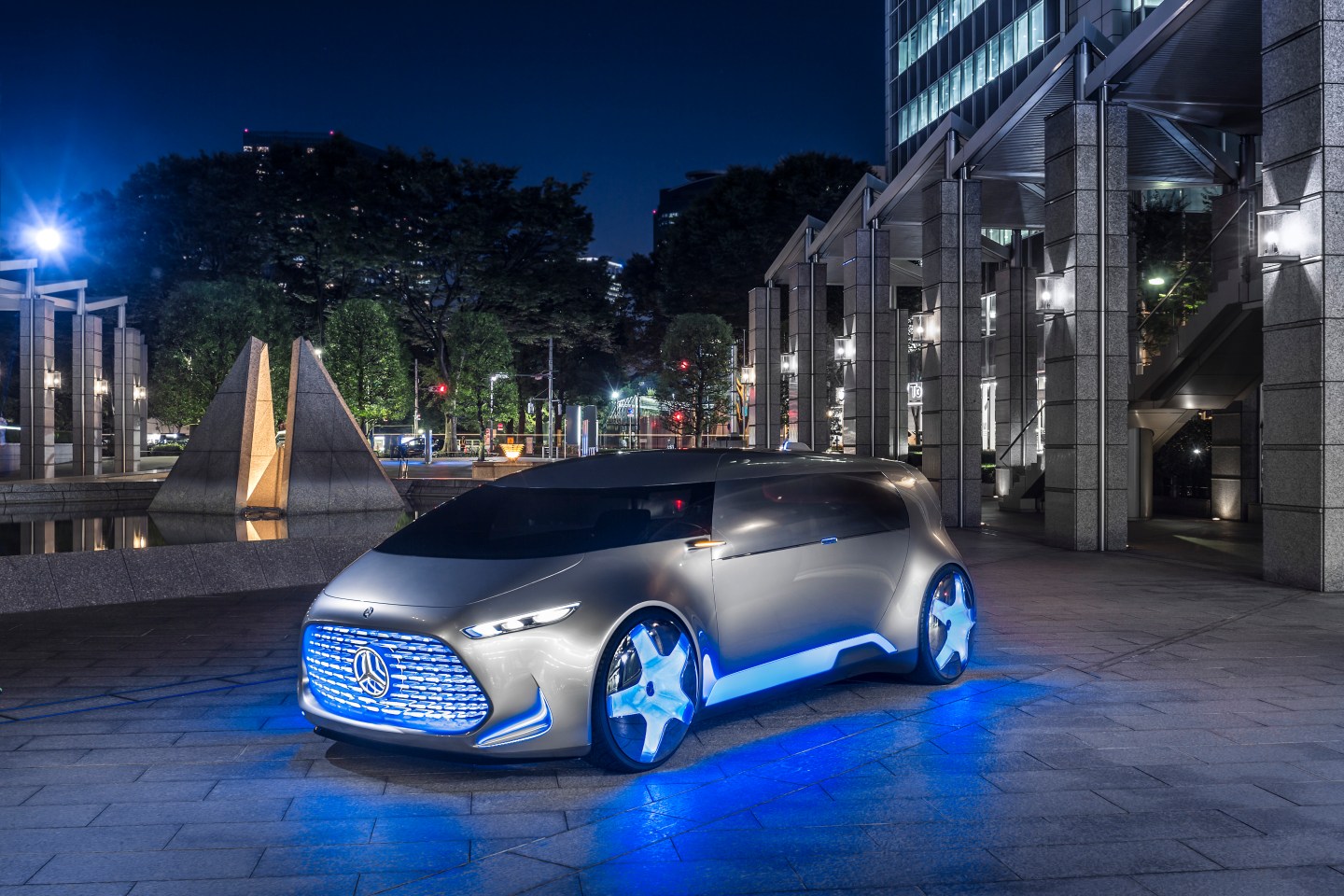 The latest concept car developed by Mercedes-Benz was built to shuttle Generation Z around megacities in style—and anticipate their future needs.

The so-called Vision Tokyo, which was unveiled today at the Tokyo Auto Show, is a self-driving vehicle that looks like a cross between a spaceship and a minivan. It has lounge-like seating that can hold up to five people, is powered by a hybrid fuel cell system, and projects holographic 3D imagery of apps, maps and other displays to entertain its passengers. There’s also a jump seat that can swivel the passenger around to a driving position if the need arises.

The entire car is designed with urban Generation Zers—people born after 1995—in mind. The car’s designers see a future where a vehicle is no longer a way to get from point A to point B, but is instead a “digital, automobile companion”—a respite that shields its passengers from the mayhem of megacity living.

The concept car uses deep machine learning and a predictive engine, so that with every trip it becomes more familiar with its occupants, as well as their likes and preferences, according to Mercedes-Benz owner Daimler. Yes, it is as creepy (and cool) as it sounds.

Like most concept vehicles, this is a one-off product. Meaning, it’s not headed to the production line. However, concept cars often inform and inspire industrial designers working on future generations of vehicles. Elements of Vision Tokyo—including the autonomous, fuel cell tech or LED lighting—could show up in future a Mercedes-Benz model.

In recent years several companies have accelerated their self-driving efforts. A number of U.S. companies—including Audi, Bosch, Daimler’s Mercedes-Benz unit, Delphi Automotive, Google, and Nissan—have permits through a California DMV program for testing self-driving cars. Google has expanded its testing of autonomous vehicles into Austin, and in June introduced a self-driving car that it designed itself. That car has no pedals or steering wheel, but does contain its own driving sensors and software. Google hopes to commercialize the technology by 2020.

Meanwhile, GM announced plans in October to add a fleet of 2017 Chevrolet Volts designed to drive autonomously within its renovated Warren Technical Center campus in Michigan. And Volvo unveiled an interface that will allow drivers to activate and deactivate the autonomous mode through specially-designed paddles on its steering wheel. The interface, called IntelliSafe Auto Pilot, will be available in 2017 for the first time on 100 XC90 model cars that Volvo will make available for its Drive Me project in Gothenburg, Sweden.

Mercedes’ Vision Tokyo car follows the Mercedes-Benz F 015 Luxury in Motion—a futuristic, self-driving car unveiled at the International Consumer Electronics Show last January. In many ways, the F 015 is similar to the company’s latest concept car. It also featured a mobile living room, which was designed to hold up to four people, and decked out with lots of luxury details, including nappa leather seats, blue LED lighting, and aluminum and glass surfaces.

Here are some other cool features found in the Vision Tokyo:

For more on self-driving cars, check out the following Fortune video: