Google unleashes the driverless car it built from scratch 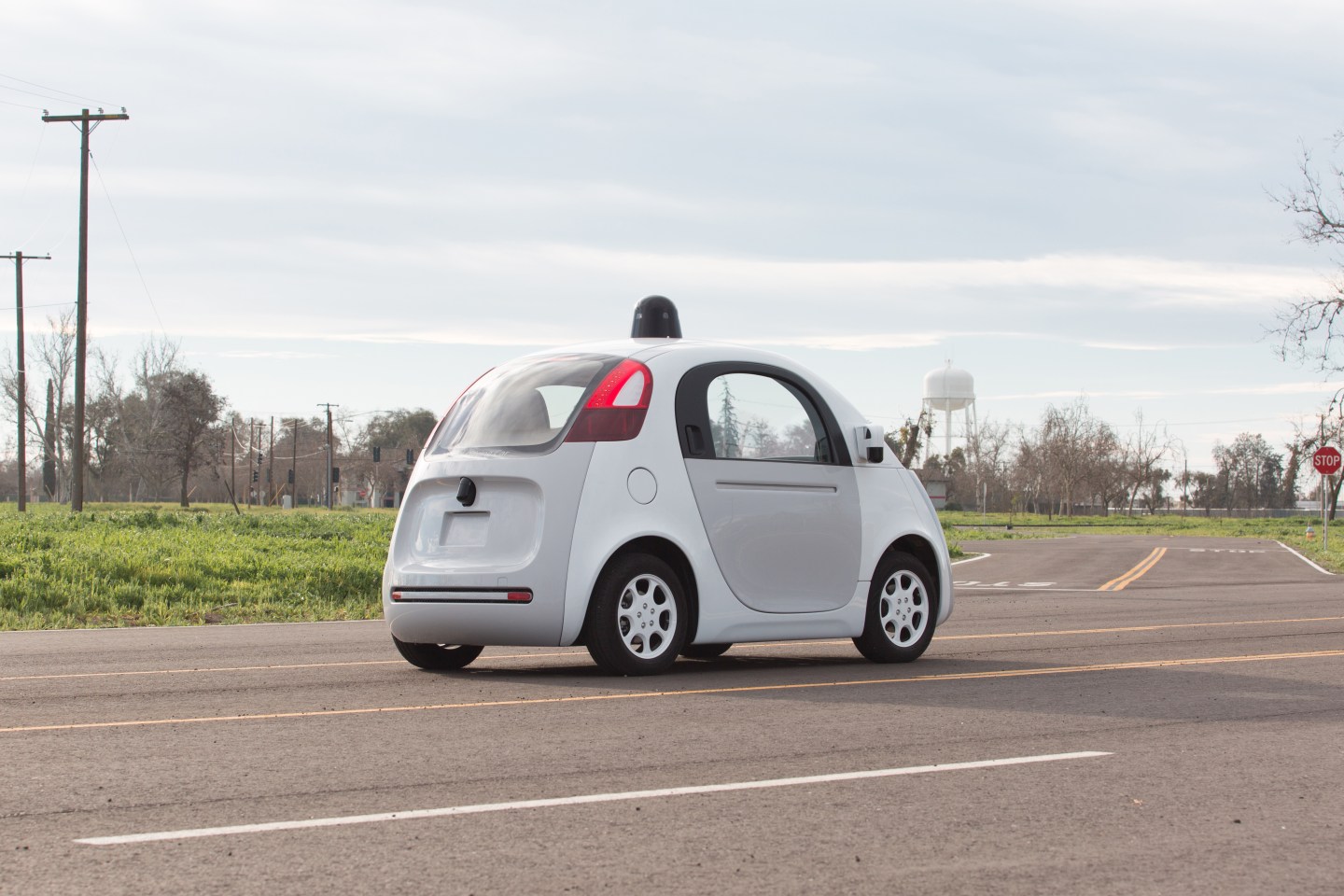 Anyone who has spent a day in Mountain View, Calif., in the past few years has probably spotted a Lexus SUV driving around town that is equipped with Google self-driving tech spinning on its roof.

Now, Google (GOOG) has unleashed a self-driving car—no pedals, steering wheel, but lots of sensors and software—of its own design. And it’s cruising the streets of Mountain View, the company announced today.

Google, which plans to introduce self-driving cars by 2020, isn’t a traditional automaker—and it shows. While most automakers are adding software to conventional mass market cars to enable autonomous driving, Google has designed its self-driving vehicles from the ground up.

The two-seater vehicle looks more like a gumdrop-on-wheels than a car. The cars, which are equipped with the same software used in Google’s previous generation of self-driving Lexus vehicles, are designed to work without a steering wheel or pedals. For now, Google will equip them with removable steering wheels, accelerator pedals, and brake pedals so that test drivers take over the driving if necessary (and to comply with California regulations).

Don’t expect these prototypes to be tearing up the streets of Mountain View. Google capped their speed at 25 mph, which will presumably keep the cars on neighborhood roads and off main thoroughfares or highways.

Automakers are in a race to develop self-driving tech that will turn drivers into passengers. Audi, Daimler’s Mercedes-Benz, Ford and Tesla (TSLA) all are developing autonomous driving features.

Automakers have upped the self-driving ante over the past year. A number of companies, including Audi, Bosch, Daimler’s Mercedes-Benz unit, Delphi Automotive, Google, and Nissan have permits through a California Department of Motor Vehicle program to test self-driving cars.

Ford (F) made an announcement earlier this month that shows how it has elevated work on self-driving cars from mere research to an advanced engineering project, Audi’s autonomous car took five journalists on a cross-country road trip, and GM’s Chevrolet unveiled one of its most unusual concept cars to date—a fully autonomous electric muscle car. Tesla’s 7.0 version of software, which will be updated on Model S cars later this year, will include a complete overhaul to the user interface, the addition of auto steering and an app that allows you to summon your car akin to the 1980s television series Knight Rider.

For more about Google’s self-driving cars, watch this Fortune video: