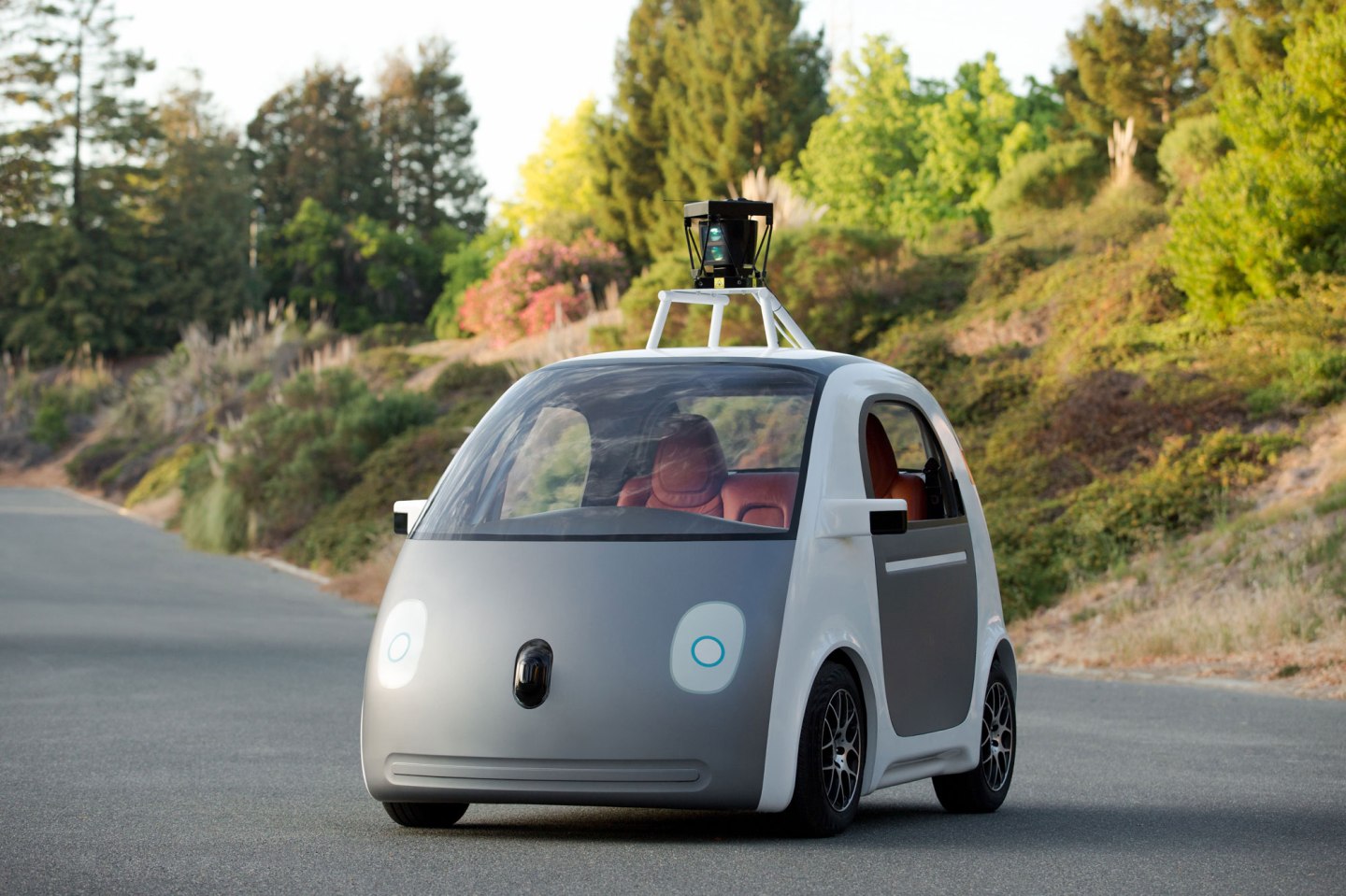 In a society dominated by self-driving cars, U.S. auto sales might fall 40% and vehicle ownership could drop 50%, forcing entrenched automakers such as Ford Motor Co. and General Motors to adapt or die, according to a Barclays analyst report.

This shift will also create opportunities for tech startups and rental car companies.

The research report, “Disruptive Mobility” by Barclays plc analyst Brian A. Johnson, imagines how society would operate 25 years from now if everything stayed the same except that the majority of vehicles produced were fully autonomous.

Obviously, the report is more of a thought experiment—and one that requires us to make a number of assumptions. Still, the forecast illustrates how disruptive self-driving cars could be to the automotive and transportation industries. And with Google’s plan to introduce self-driving cars by 2020, this futuristic scenario doesn’t isn’t seem so far off.

So who wins and loses in this futuristic scenario? Does Uber ditch its drivers and become a fleet management company? Will Tesla’s entry into mass-market cars threaten its existence?

Even when driverless cars monopolize the landscape, Johnson predicts driver-required cars will still exist. These will be cars and light trucks owned for specific work purposes or for their performance—what’s the point of owning a McClaren 65OS Spider if you can’t drive it?

The Barclays report estimates a little more than 50% of cars in the U.S. are used for getting to and from work, and dropping the kids off at school. It’s in this purely commuter-daily routes space, where Johnson sees shared autonomous driving upending the auto industry.

Shared autonomous driving, or SAVs, would be like Uber without the driver—a fleet of robotic taxis capable of picking up a passenger who has summoned the ride with the touch of an app. Taking it a step further, pooled SAVs that pick up multiple riders at different points would also emerge.

The advent of driverless cars in dense urban areas like San Francisco would impact traditional taxi companies and taxi apps like Uber and Lyft, depending on how these tech-focused startups adjust. Uber and Lyft are, in many ways, prepared for this transition. The companies already use technology to connect drivers with riders and they both operate carpooling, or shared riding, services.

But in exurban areas and cities like Austin, Texas, which have a compact urban core and surrounding sprawl, the rise of shared autonomous vehicles could have an even bigger impact. Researchers at the University of Texas, who ran simulation models based on actual trips in Austin, found that every SAV on the road could displace nine traditional cars, according to the report. At the same time, each SAV would travel 63,335 miles, about five times the annual mileage of a traditional family car, the report says.

For consumers, the economics of SAVs, or transportation as a service, is a win. Barclays estimates the cost per mile for SAVs will be $0.34 a mile, nearly 58% cheaper than traditional new cars. Pooled SAVs, assuming two riders per trip, would push those costs down even more to $0.16 per mile.

For companies that make mass market cars, a driverless society would be far more challenging. From the Barclays report:

Just as horses have become either true beasts of burden (e.g. on a cattle ranch) or a rich person’s play-thing—we think of the Hampton Classic Horse Shows—we see a smaller auto market, with individually owned vehicles either for work purposes or for status/performance. For the rest, shared autonomous vehicles will replace individually owned cars, just as the Model T replaced the horse.

GM (GM) and Ford (F) will be impacted the most by these changes and will have to restructure in order to adapt, according to Barclays. Companies like American Axle, which have a large exposure to work trucks and status vehicles, will be relatively safe. Still, suppliers to traditional mass-market automakers and even those “safer” luxury performance vehicles, will be impacted. Fewer vehicles will mean lower demand for parts and only companies that can pivot and adjust to much lower volumes will survive.

Meanwhile, Avis Budget Group (CAR), which acquired car-sharing startup Zipcar for $500 million in 2013, is well positioned if it becomes a manager of SAV fleets, says Barclays. Under that premise, Daimler AG, the maker of Mercedes-Benz, is prepared for the shift as well. In 2013, the German car company launched a mobility services subsidiary, where it now houses its moovel unit and car-sharing car2go brand. Car2Go, which connects members with Smart cars, has more than 1 million registered members in 29 cities around the world, according to the company. In the past year, it has also purchased startups RideScout and the mytaxi cab-booking app Intelligent Apps.

Barclays puts its biggest bet on low-end disruptors—startups like iStream that plan to build cheap electric vehicles designed for the car-sharing market and eventually shared autonomous vehicles. Other Barclays winners in this space include UK firm Riversimple, which is building a fuel-cell powered two-seater and plan to offer mobility as a service rather than sell its cars. Barclays is particularly fond of Mobileye (MBLY), an Israeli company that makes chips used for advanced driver assistance.

Google (GOOG) is also well-positioned for the shift to driverless cars. Barclays sees Google offering software to traditional and new automakers, not producing the cars.

Meanwhile, Tesla Motors (TSLA) could be negatively impacted as its mass market cars lose out to SAVs, according to the Barclays report. While Barclays paints a precarious picture for Tesla, it should be noted that the company has a record of jumping at market opportunities and designing products that create massive demand where there previously appeared to be none.

Its battery tech, innovations in manufacturing and software—the essential ingredient for an effective autonomous car market—as well as its recent entry in the energy storage market all point to a company able to take advantage of a shift to driverless cars.

Considering the future, the pursuit of Nokia’s maps business makes sense. A transportation network company’s key interest will be to make sure it has a steady uninterrupted flow of map data, Johnson told Fortune.

“Mapping has emerged as the Spice of the disruptive mobility universe,” Johnson says.