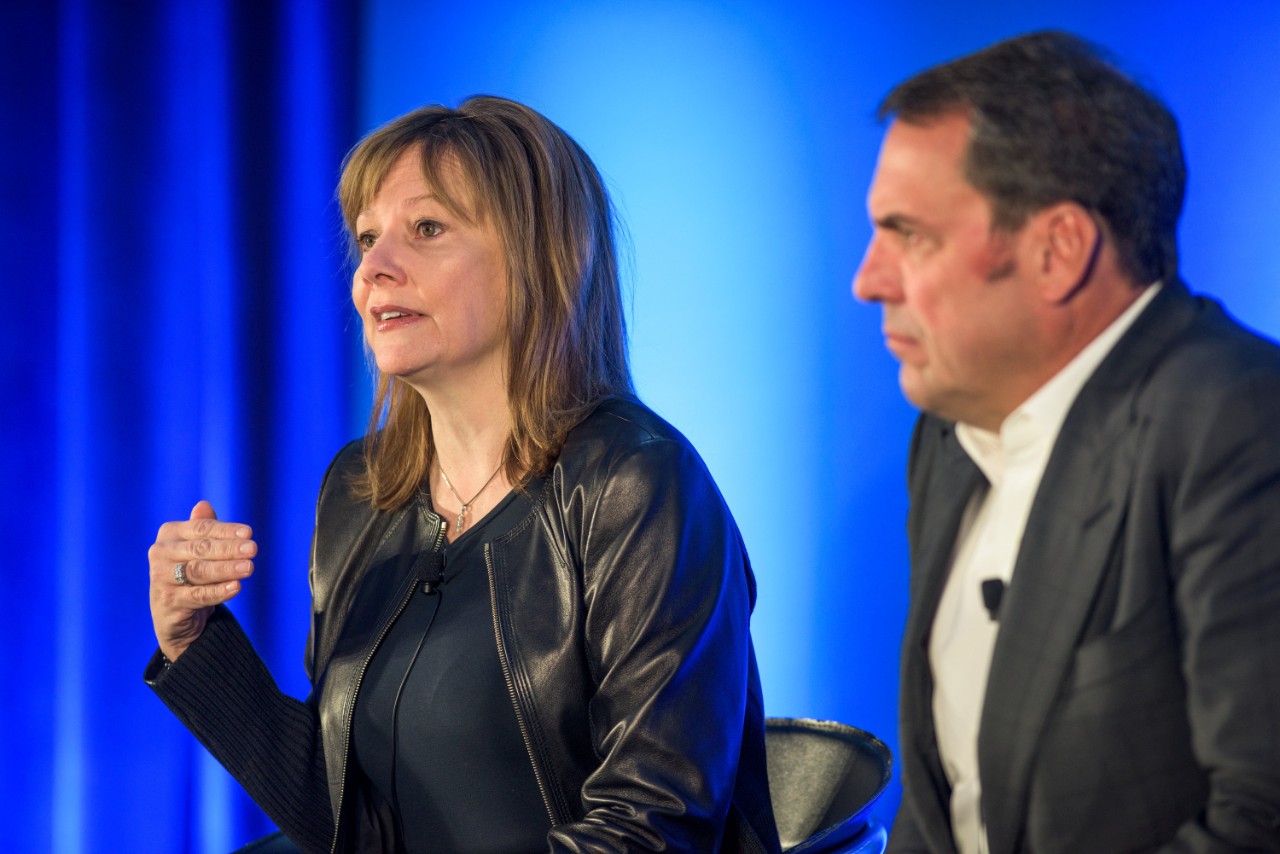 A little more than year ago, the future of General Motors was obscured by its significant present-day problem: a faulty ignition switch that led to a recall of about 2.6 million cars worldwide and would eventually be linked to 124 deaths and 275 injuries. CEO Mary Barra was only a month into the job when the scandal erupted, and it would dominate her early days at the helm.

Today, GM’s prospects seem rosier—and not just because Kenneth Feinberg, the high-profile attorney the company hired to investigate wrongful death and injury claims linked to the faulty ignition switch, recently issued his final report on the matter. The 107-year-old automaker finally seems to be more focused on how people will move in the future than how they used to.

Last week, GM (GM) announced several initiatives designed to look beyond the traditional relationship consumers have with their cars, including plans to test autonomous vehicles, experiment with car- and ride-sharing programs, and jointly develop a commercially viable fuel cell vehicle with Honda by 2020. GM execs even unveiled a concept electric bike to investors during the conference held at the Milford Proving Ground in Michigan. GM engineers in Oshawa, Ontario, designed and developed the e-bike to help people stay mobile in an urban landscape.

To be clear, this doesn’t mark a sudden shift to a more tech-focused business model. Almost a year ago to the day, Barra sat down with Fortune Managing Editor Alan Murray to talk about connected cars and the imminent arrival of autonomous vehicles. GM has been one of the most aggressive automakers in adding Wi-Fi into dozens of new Buick, Chevrolet, Cadillac, and GMC models, thanks to a new AT&T 4G radio module that provides the same kind of high-speed link you’d expect to get out of the latest 4G iPad or Samsung Galaxy. It’s also the first to add connected car platforms Apple CarPlay and Android Auto into a full-sized truck (2016 GMC Sierra), according to Karl Brauer, a senior analyst with Kelley Blue Book.

These projects have likely been under development for years. For instance, GM has been testing its “Super Cruise” autonomous driving technology since 2012. But GM might have waited for the faulty ignition switch scandal to be resolved before it made any public announcements about new initiatives, Brauer says.

The company says it will add a fleet of 2017 Chevrolet Volts designed to drive autonomously within its renovated Warren Technical Center campus in Michigan. GM employees will be able reserve a Volt using a car-sharing app, then select a destination. GM’s autonomous technology will bring the vehicle to its destination and park it, the company said. GM also confirmed that Super Cruise will be available in the 2017 Cadillac CT6.

“The convergence of rapidly improving technology and changing consumer preferences is creating an inflection point for the transportation industry not seen in decades,” Barra said in a statement. “Some might find this massive change to be daunting, but we look at it and see the opportunity to be a disruptor. We believe our decades of leadership in vehicle connectivity is fundamental to our quest to redefine the future of personal mobility.”

GM also announced two new car- and ride-sharing projects: one in New York City, which is already operating, and one to come in first quarter next year in another U.S. city. Each project will allow GM to test hardware and software systems and gain insights into car-sharing user experiences.

For instance, GM’s partnership with Google last year to test a commuter ride-sharing service using Chevrolet Spark EVs led to the NYC program. GM also launched a peer-to-peer sharing service called CarUnity through its Opel brand in Europe, and put a fleet of EN-V 2.0 electric concept vehicles into service at Jiao Tong University in Shanghai as part of a multimodal campus transportation system alongside bicycles, cars, and shuttle buses.

“GM is investing big time into technology, and they’re doing it because they have to if they hope to remain competitive,” Brauer says.

Automakers are under increasing pressure from Apple (AAPL) and Google (GOOG), which are both working on autonomous cars; Uber, which continues to evolve beyond just dominating on-demand rides; and the tech-centric automaker Tesla Motors (TSLA). Meanwhile, Ford Motor Co. also has a number of mobility projects focused on the connected car, ride-sharing, collected parking-behavior data, an electric bike, and even autonomous vehicles.

GM is on pace to hit a 9% to 10% profit margin (on an earnings before interest and taxes adjusted basis) by early next decade, has a strong transaction price and volume growth, and is investing in future tech—all positive signs for any automaker. And yet, investor sentiment is weak, according to a recent research note from Barclays. Changing perception isn’t easy, the note from lead GM analyst Brian A. Johnson says, adding it will be a gradual process, and won’t happen in the near term.

GM is in a positive position largely because of its executive team. “This is the youngest and most aligned executive team I’ve ever seen or even read about at GM,” says Brauer.

Please subscribe to Data Sheet, Fortune’s daily newsletter on the business of technology.