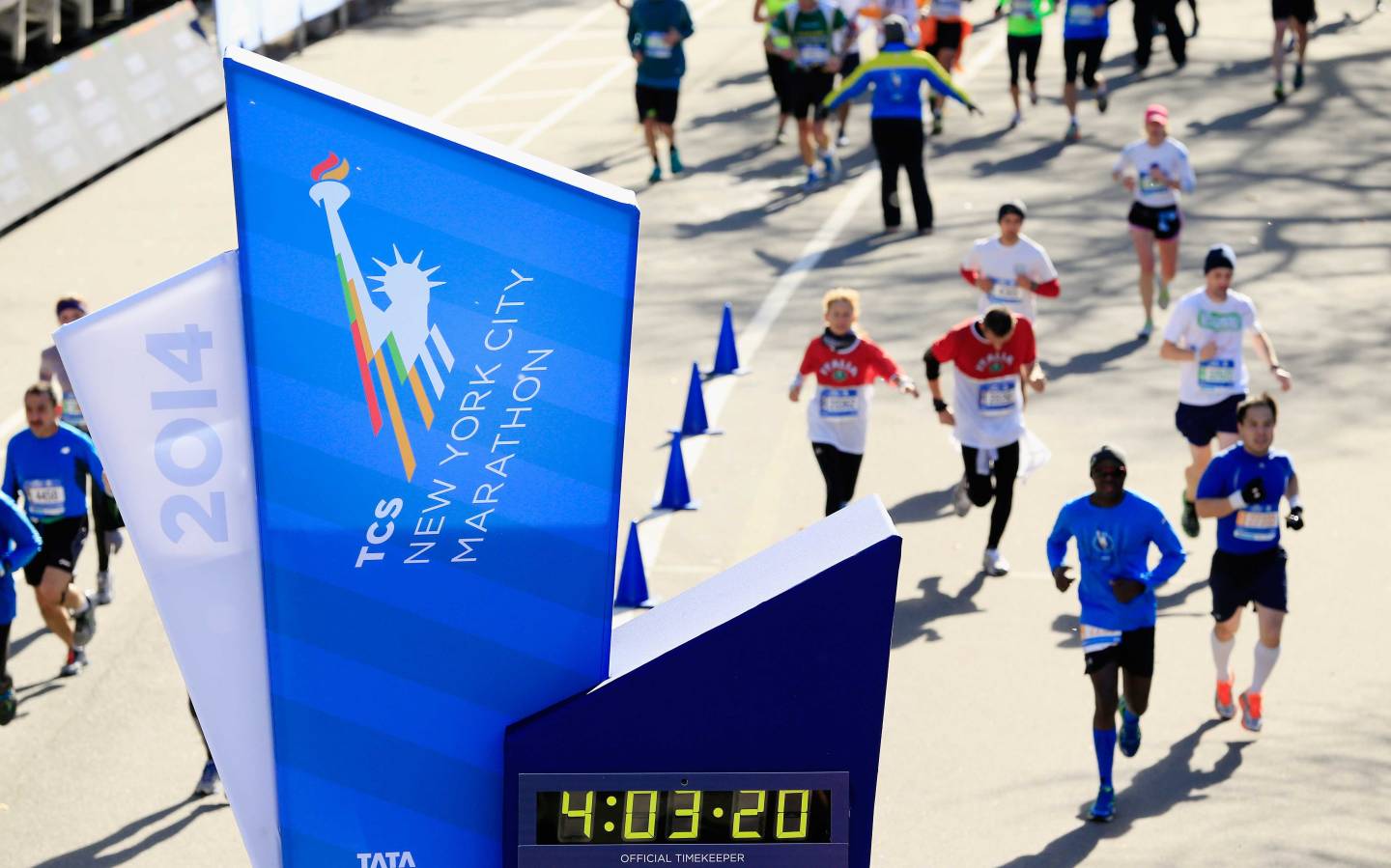 Next Sunday, more than 50,000 people will gather on the Verrazano-Narrows Bridge in Staten Island, New York to begin the biggest annual event in the world of road racing: the New York City marathon.

Accounting for nearly 10% of all the U.S. marathon finishers in any given year, the race is put on by the not-for-profit New York Road Runners. But make no mistake: it’s big business. The event will be watched by tens of millions of people on television, and NYRR has big-name sponsors like Indian tech giant TCS, United Airlines, and Airbnb. Plus, as tens of thousands of runners descend on the city, the marathon also pumps hundreds of millions of dollars into the New York economy.

With $74.2 million in revenue last year, nearly triple what it was ten years ago thanks to a big jump in sponsorship and registration fees, the NYRR is the country’s pre-eminent racing organization. It puts on more than 50 races a year, including the largest U.S. 13.1 mile race—the 25,000-finisher Brooklyn Half Marathon—which typically sells out the same day registration opens. Earlier this year, its long time NYRR CEO Mary Wittenberg left to head a Richard Branson startup, Virgin Sport, that will put on mass participation events.

NYRR’s new chief is Michael Capiraso, previously NYRR’s operations chief. Capiraso as well as Peter Ciaccia, president of events and the marathon’s race director, sat down with Fortune in NYRR’s midtown Manhattan offices recently to talk about the state of the road racing industry and NYRR’s growth plans.

Questions and answers have been edited for clarity and brevity.

Fortune: The TCS New York City Marathon is the biggest 26.2 mile race in the world and attracts big-name sponsors. But even smaller events are drawing more attention from national sponsors who more typically gravitate toward spectator sports. Why?

Capiraso: There’s a great engagement with people who do it, whether you’re a casual runner or serious and competitive. Runners tend to be loyal and committed, and sponsors like that. People are more engaged than fans sitting in the stands at a sports event are.

The marathon gets so much attention. But this year, you added 5-km (3.1 miles) races to your Bronx 10-mile and Staten Island Half Marathon. What’s the rationale?

Ciaccia: They (runners) can be with us across the whole year in everything that we’re doing. We want to make it less intimating to newcomers, more attractive. So we are building more 5-k’s into the runs we put on, like in the Bronx. That way we leverage investment already made to put on an event. And we get people on board for other races.

Earlier this year, the largest for-profit player in the road racing space, Competitor Group, held its first ever New York City event with a half-marathon in Brooklyn. Is this city big enough for the both of you?

Capiraso: Whatever brings people to run, so much the better. When they are swooping out (after their race) we’re still going to be here to put on races. We are based here, we are here 365 days a year. There is room for everyone.

The number marathon participants has grown 50% since 2005. Can the TCS Marathon get any bigger?

Ciaccia: If you ask me logistically, the marathon can get bigger. But do we want to? We’d have to weigh that.

Some runners have complained about race fees being high. How is NYRR addressing that?

Ciaccia: The year we launched new program called “Race Free.” It’s a pilot. We are seeing it start to catch a little fire so we’ll explore and see how far out we can extend it- and if it works we’ll extend it right out to include the marathon.
(The program offers 50 free entries to each of 20 NYRR races.)

What is your advice to any organizer planning to put on a brand new marathon?

Capiraso: Making it a really unique experience is crucial. That’s why the New York City half marathons goes through Times Square. Wherever you are, you have something to make your race unique.