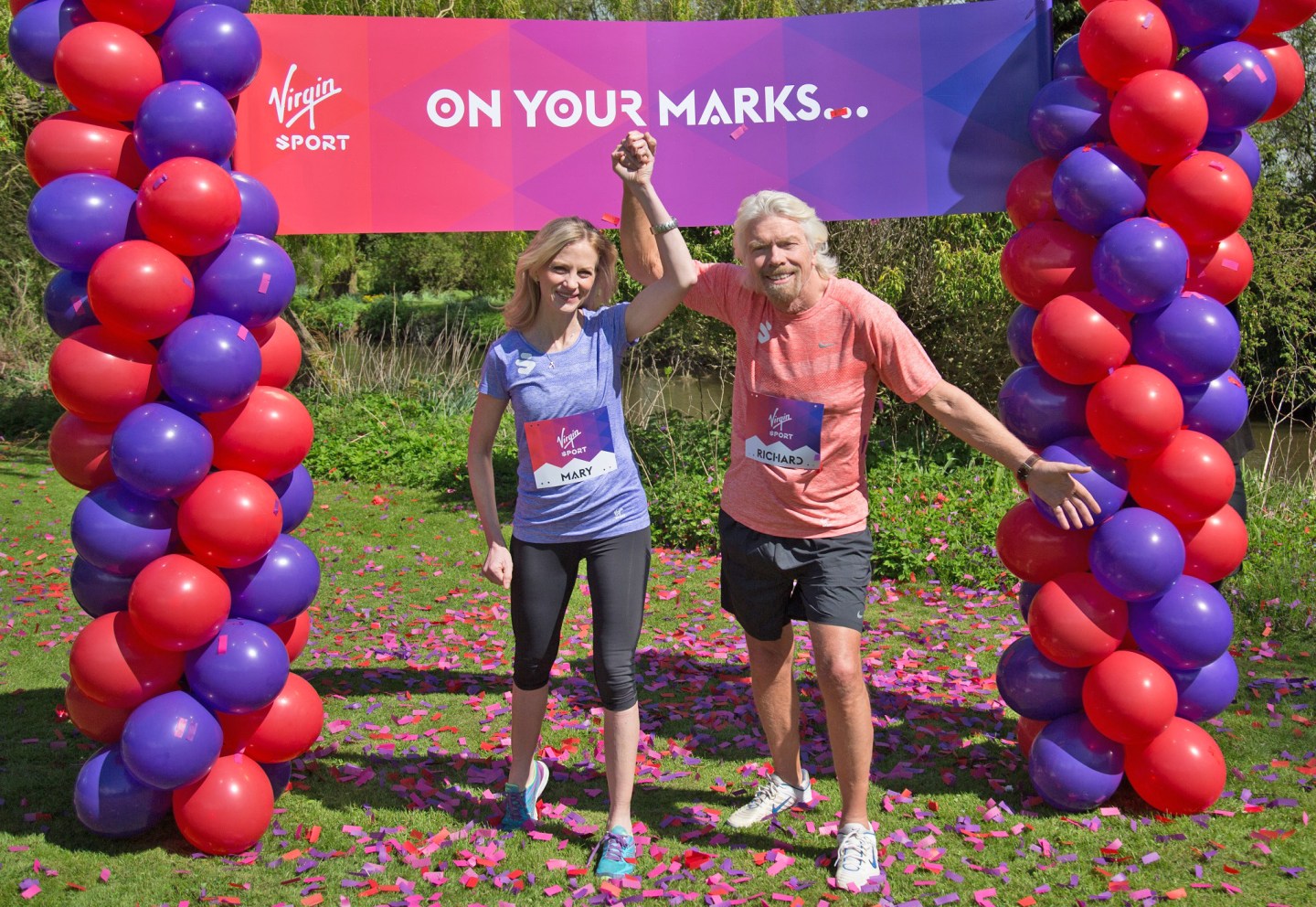 New York Road Runners CEO Mary Wittenberg, one of the most powerful women executives in sports and director of the world’s largest marathon, is stepping down from the running organization next week to head up a new venture by billionaire entrepreneur Richard Branson’s Virgin Group that will include putting on amateur sports events.

During Wittenberg’s 10-year stint as CEO, the not-for-profit organization has seen tremendous growth in the number of participants in its races, including the New York City Marathon every November, whose 50,000-plus finishers make it the biggest marathon in the world. She also landed major sponsorship deals for her races, including one with Tata Consultancy Services and Airbnb, launched the popular NYC Half Marathon, and grew the Brooklyn Half Marathon into the largest 13.1-mile race in the country.

While some critics say NYRR has lost some of its local running club flavor under Wittenberg, her experience will come in handy as she builds Virgin Sport, which aims to be an “active lifestyle” company with global reach and seeks to tap the soaring growth of large participatory events in running and cycling, among other sports.

“There is a big open space to build a lifestyle company, with events being the backbone. There’s a whole lot more happening right now in fitness,” Wittenberg, 52, told Fortune in an interview on Tuesday. “That’s the opportunity,” she added. “When you go to other cities and towns not many have that year-round community — we want to create that.”

While Wittenberg and Virgin shared only few details about the brand new company, and what it will do beyond organizing races and similar events, it is being launched at a time when amateur sports are booming and attracting big money, particularly private equity. In 2008, Providence Equity Partners bought World Triathlon Corporation, organizer of the Ironman triathlon series, and swiftly entered new markets, added races, and expanded its selection of popular branded merchandise, resulting in a sevenfold increase in its annual revenue, jumping to more than $150 million a year. In 2012, Competitor Group, organizer of the quickly expanding Rock’ N’ Roll series of marathons and races of other distances, was sold by one private equity firm to another, Calera Capital.

It’s easy to see why amateur sports are attracting big business: biking and running, in particular, are popular with affluent professionals, and the number of Americans who run or jog regularly rose 70% to a record of nearly 42 million people between 2004 and 2014, according to the National Sporting Goods Association. Cycling and triathlons are also exploding in popularity.

For Virgin Group, the Virgin Sport company will be a way to further leverage its Virgin Active chain of health clubs and Virgin Pulse, a health and wellness company, as well as its sponsorships of marquee events such as the London Marathon and the London Triathlon. (Branson himself is an exercise enthusiast, having finished the 2010 London Marathon.)

Despite the emergence of large groups, such as the World Triathlon and Competitor Group, amateur sporting events are still overwhelmingly organized by local groups. NYRR, with an annual budget of $70 million, puts on 50 races annually that last year attracted 400,000 people, but few other cities have a regular series of large scale races, leaving organizations such as Virgin Sport a lot of virgin territory. (NYRR typically gets 5,000 to 7,000 runners at its non-marquee events.) Virgin Sport will launch initially in the U.K. before expanding to the United States, South Africa, and Australia via a mix of acquisitions and organic growth.

Virgin is betting that its logistical expertise, economies of scale from holding many events, and the ability to offer sponsors exposure in different markets across a number of races will help make it a viable business. One of Wittenberg’s innovations at NYRR was to get sponsors to bundle their support for, and involvement in, multiple races: TCS and Airbnb, for example, have their names on various NYRR events throughout the year, not just the marathon, a strategy that allowed the group and the sponsors to get more mileage from the deals.

Wittenberg, a former competitive runner who won the 1987 Marine Corps Marathon in Washington, D.C., says Virgin Sport’s aim is to “reach quite a broad range of people” and offer a mix of pricing. Such a strategy would echo her efforts at NYRR, where after much criticism over the increase in race fees over the years, she launched a series of $10 races, with the caveat that participation in those cheaper races didn’t count towards qualifying for a coveted spot in the New York City Marathon.

After Wittenberg leaves on Monday, two of her deputies will assume her roles: Peter Ciaccia, the chief production officer, will become race director of the marathon, and operations chief Michael Capiraso will become president and chief executive.