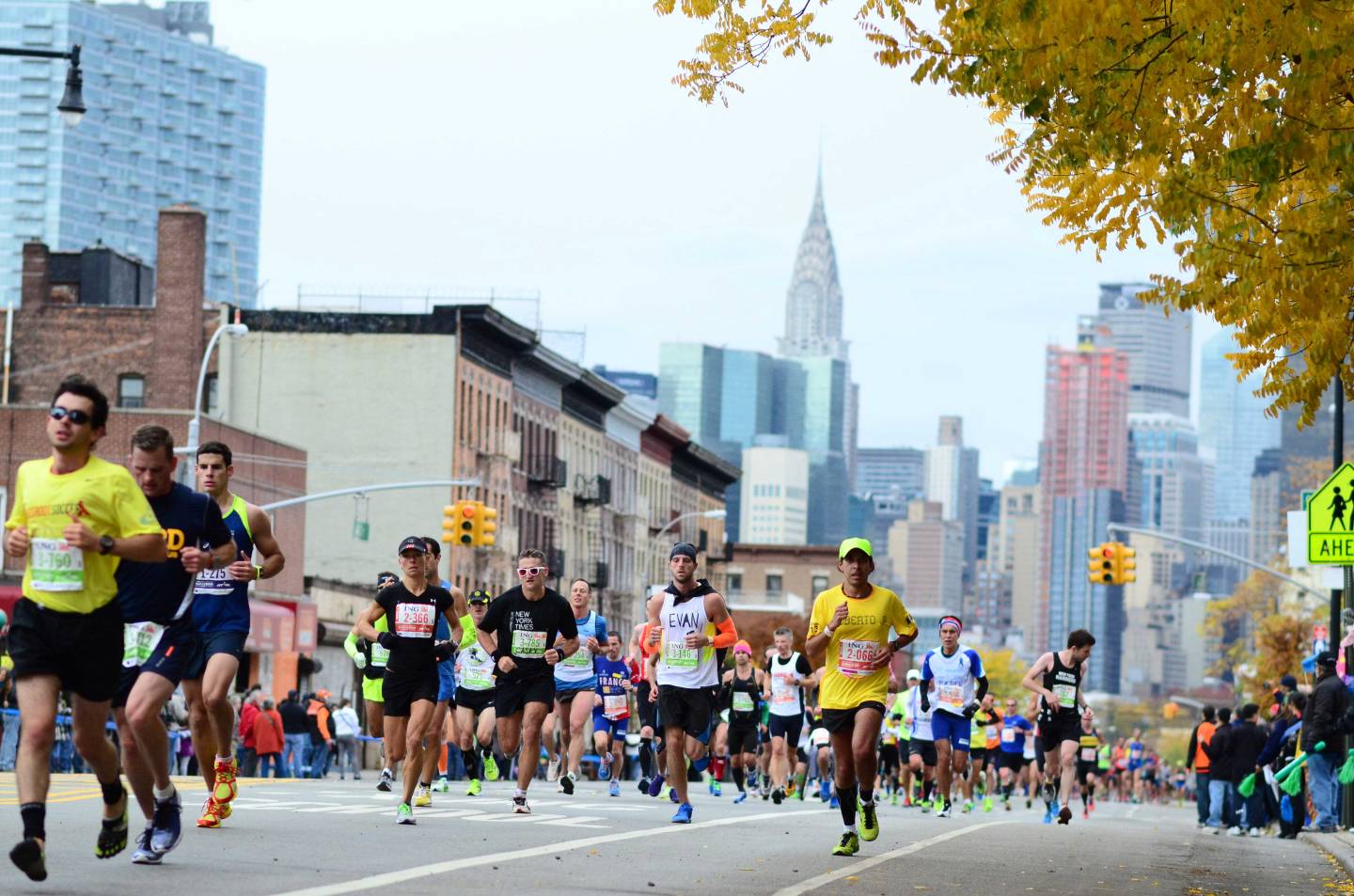 The New York City Marathon on Sunday is likely to be the largest 26.2-mile foot race ever, with more than 50,000 runners expected to finish. The marquee event of the New York Road Runners, a local non-profit organization, has grown enormously in recent years, both in terms of the size of the field and how big a business it has become under Mary Wittenberg, NYRR CEO since 2005. This year, NYRR has landed some new sponsors, including title sponsor Tata Consultancy Services, an Indian tech company, and Airbnb, the controversial but growing website for short-term home and apartment stays.

This builds on previous efforts to grow what started as a local race in 1970 with 55 finishers into an event that pumps hundreds of millions of dollars into the New York City economy and is now a major international event. For instance, in 2012, Wittenberg secured a five-year television deal that brought the New York City Marathon back to live national television for the first time in almost 20 years. But that same year, NYRR went through its darkest days: the devastating Superstorm Sandy forced the cancellation of the race for the first time in its history. The marathon, and Wittenberg herself, became a lightning rod for many people’s anger at how the city handled the recovery, with many finding the club’s initial plans to go ahead with the race insensitive.

The NYRR and Wittenberg have bounced back from that setback, but not without learning some lessons. Wittenberg, who in 1987 won the Marine Corps Marathon, recently spoke with Fortune about a number of topics, including what’s next for the New York City marathon, why she’s putting so much effort into building up intra-year races in all five of New York’s boroughs, the changing role of sponsors, and why she thinks Airbnb’s support makes sense.

Fortune: The Chicago Marathon just had 40,802 finishers, its biggest field yet. How important is it for you that the New York City Marathon remain the world’s largest?

Wittenberg: “The way we look at the size of the marathon is mainly as a desire to accommodate people because they want to run, and the demand is much higher.” [There were 135,000 applications for the 2014 NYCM.] “If we wanted to be a lot, lot bigger and change the course and the like, maybe we could do that, but that’s not our goal.”

After the 2012 cancellation, there was widespread speculation that NYRR had grown too dependent on the marathon financially. NYRR has been building up its 5-borough series of races throughout the city along with the New York City Half—why? And why not do a half-marathon too on marathon weekend as many organizers elsewhere do?

“When you look at the New York City Half [in March], that race can be as significant as the marathon—already Brooklyn [in May] was the largest half marathon in the U.S. this year with 25,000 finishers.” [Wittenberg thinks the Brooklyn Half Marathon could eventually have 50,000 runners.]

“Now the Staten Island (half-marathon in October) and Bronx (10-mile race in September) races that we’re just building to the next level have over 10,000 applying to each of those. So our growth strategy is all about building the major events in each borough as an anchor to the year-round programming, more than piling more distance running into marathon weekend.” (NYRR puts on a 5-km race the day before the marathon.)

“In our minds right now, we’re growing the borough series to be the equivalent of a marathon in each borough in terms of impact.”

Do these other races help you in terms of sponsors and partnerships?

“It allows us, and will more so over time, to grow partnerships that can be year-round now and affect the bottom line to a greater degree.”

NYRR, the marathon and you personally came in for a lot of criticism in 2012. What were some of the lessons learned from the aftermath of Superstorm Sandy and how did you come back from that?

“The lesson learned out of 2012 was that what the city needed from us as a running community and us as an organization was something different from every other year, and they needed us on the streets and helping, more than the way we typically think of helping—so there’s a learned reality that’s a healthy one for everybody.”

This year, the marathon’s title sponsor is Tata Consultancy Services, a company unknown to many Americans. What will this sponsorship bring to the marathon that’s new?

“What was important was a partner who believed in our year-round commitment. And a partner that would bring technology and take that all to another level in digital and mobile technology.”

“You’ll see a lot more uses of data and data analytics: to better, at the expo, educate our runners about the right pace, how not to go out too fast. And we’ll use recent race times, give data analytics. On the course, much more use of analytics to tell the public, through social media, where people are, who’s winning, words of encouragement to runners through digital boards on the course.”

You also signed up Airbnb. Any concerns this would anger New York hotels that host many of the out-of-town runners?

“Where we see Airbnb is a really good fit for us is they’re making staying in New York more accessible to more people, and we really believe that the hotels are going to do great and continue to do great, and a lot of people want to stay in the hotels. At the same time, Airbnb offers a nice option for people to stay in a sometimes more cost effective way in a wider variety of places.” [A few days after this interview, the New York Attorney General’s office claimed 72% of Airbnb’s New York City listings were illegal.]

What else can you do to make the New York City marathon grow?

“TV is a great way is make more people aware of the marathon and interested in the marathon. We want to be in more countries live.”

“Like there are Super Bowl parties, we want to have marathon parties—a day you go out wherever you are and run and then, depending on the time zone, you have brunch or dinner and watch the marathon. I think both more reach of television and of digital—how you get more people running on Marathon Sunday beyond the ones you have running here.”

“Our opening ceremony is on Friday—I’d love that to one day be a one-hour show that’s shown like the Christmas Tree lighting is.”

Is there room in New York City for a second big marathon? [NYC Runs puts on a small marathon-several loops of Central Park—in February that draws a few hundred people.]

“The more running in the city, the better, and I’m focused on the plans we have to help support that. In terms of the marathon, we’re happy to keep growing with the city.”