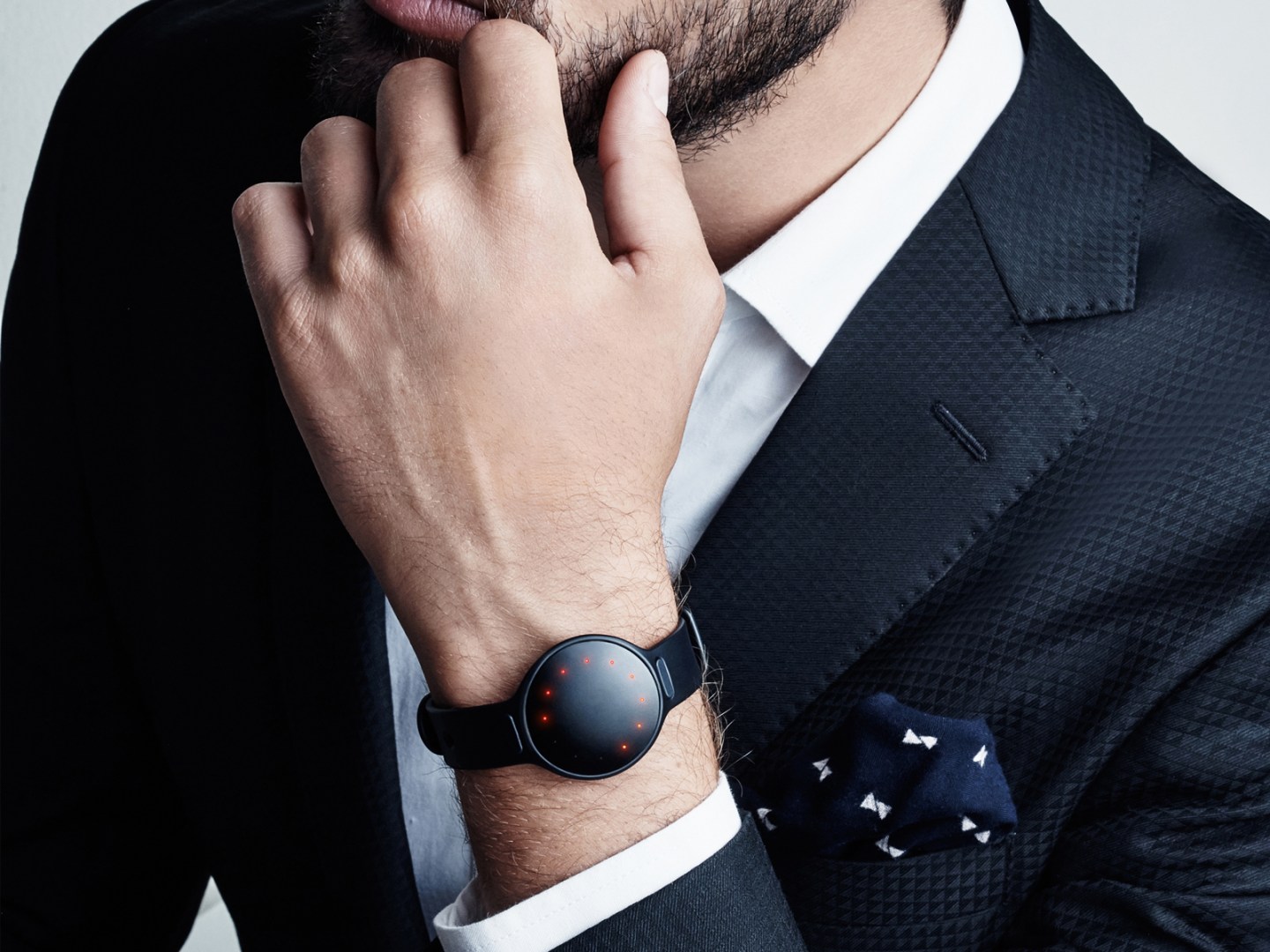 On Tuesday, Misfit announced the Shine 2 fitness tracker, the company’s first major update to its wearable lineup since 2013.

Like its predecessor, the new $100 Shine 2 can monitor steps, sleep quality, as well as calculate calories burned and distance traveled.

The Shine 2 also includes a vibrating motor which acts a wake-up alarm and alert for notifications. The vibration feature is a true accomplishment considering the fitness tracker doesn’t need to be charged and can last between four and six months on a common disposable watch battery. While other wearables on the market do include vibration motors, they need to be charged on a regular basis.

“I don’t know if there are any other devices other than the Shine 2 with the same battery life that also do vibrational feedback,” says Misfit spokesperson Amy Puliafito.

Another addition to the Shine 2 is a magnetometer, which offers better tracking accuracy, and calculates metrics—like distance traveled—more accurately.

The new capacitive touch sensor will make the wearable significantly more responsive to touch, which is important because Misfit now wants you to use the fitness tracker to control your smart home.

The new product comes at a time when the company is facing pressure not only from other fitness startups—like Fitbit and Jawbone—but also from smartwatch companies such as Apple and Samsung.

With the launch of the Shine 2, Misfit now sells four different wearables at or under $100. The barebones Flash Link starts at $20, its original Shine goes for $70 while the Misfit Flash retails for $30.

According to an IDC report, Misfit sells fewer fitness trackers than Fitbit and Jawbone. It also sells fewer wearables than Samsung (SSNLF) and Apple (AAPL), despite the fact those companies sell smartwatches that retail for three times the price of Misfit’s most expensive wearables.

In fact, in terms of global sales, Misfit is even behind Chinese consumer startup Xiaomi, which invested in the company earlier this year. Xiaomi sells its own inexpensive fitness tracker—the Mi Band—that resembles Misfit’s trackers, although it syncs with its own software and not Misfit’s.

Misfit does have a few notable strategies to get its wearables and software onto customers’ wrists. Last year, Oscar, a health insurance company, started providing free Misfit fitness trackers to its members, so they could track steps in exchange for rewards. Misfit also has a full line of accessories that can turn its puck-like fitness trackers into either a bracelet or a pendant, and has partnered with fashion brands like Swarovski.

Most recently, Misfit went niche, releasing a waterproof version of one of its wearables for swimmers as part of a new partnership with Speedo. The startup also sells connected light bulbs under the brand name Bolt.

The Shine 2 can be purchased on Misfit.com, comes in either black or rose gold, and will be in retail stores by November.

For more on wearable technology, check out the following Fortune video: