How is Oscar, the hipster health insurance company, performing? 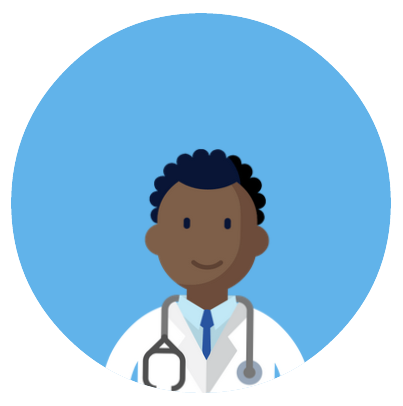 It’s mid-December, which means Oscar, a Web-savvy health insurance startup backed by $150 million in venture capital, is back in business. Health insurance can only be sold during “open enrollment” periods. Oscar, which launched last July, has been waiting all year for this moment. The company’s cheeky cartoon advertisements are once again plastered all over New York City’s subway platforms.

CEO Mario Schlosser is happy to finally be able to sell. The company started this year’s enrollment period with 17,000 members and grew to “way more than that” in the first week, he says. That represents around $85 million in annual revenue from health insurance premiums, which he says equals “a few hundred million dollars in actual health care spend.”

Oscar’s member count sounds small compared to what people have come to expect for Web startups, where anything shy of 10 million users is a flop. But 17,000 members handily beats the company’s initial goal of 7,500, Schlosser says. Oscar now claims 10% market share for the health care exchange in New York, its home market. Two weeks ago, Oscar began selling in New Jersey. The company has plans to expand into California and Texas in late 2015.

Oscar’s growth has not been without its growing pains, a term that startups use to describe the messes they make while disrupting. Over the summer, an Oscar user complained to the press about pricey bills for care that was supposed to be covered. That sort of thing happens often with regular insurance companies, but Oscar’s entire proposition is that it offers a no-surprise experience. In its colorful subway ads, the company promises to deliver “Health insurance that won’t make your head explode.” (The twee punch line: “And if it does, you’re covered.”) Oops.

Schlosser admits Oscar failed to properly communicate how deductibles and healthcare plans work to its members. “The healthcare system is astoundingly complex,” he says. Oscar customers can avoid unexpected payments by keeping in close contact with the company while receiving care. “There are uncontrollable traps in the healthcare system,” he says. “The complexity of this system is astounding and the immediate thing we can do to make sure none of this happens is have you come through us.”

Disrupting ain’t easy—especially disrupting something as highly regulated, complex, and sensitive as the safety net for people’s health. After 18 months in business, Schlosser says he’s less surprised by the complexity of insurance policies than he is of the unethical pricing practices from conventional health care providers. In any other industry, the billing tricks used by care providers would be “obviously fraud,” he says. Price inflation worked when health care costs were covered by employers with little visibility into the costs; now that more individuals are buying their own healthcare through the Affordable Care Act, Schlosser says there is “a total disregard that the member has cost-sharing there.” He adds: “That audacity is totally shocking and mind-blowing.”

Despite Oscar’s meager two-star Yelp review, Schlosser says his customers are satisfied. “There is an incredible amount of happiness we generate,” he says.

Now, to further entice its customers, Oscar is giving members $1 for each day they walk a targeted number of steps, as measured by a free wearable fitness tracking device made by Misfit Wearables. Oscar will pay the rewards in the form of a $20 Amazon gift card.

The money is nice, but to many people, sharing fitness data with an insurance company is a scary prospect. Do you really want the company that decides how much to charge you for health care to track your every move? Sure, an insurance company can use that information for good, much like good driving can result in lower car insurance rates. Oscar customers who opt in to the program can share activity information with their doctors and nurses and potentially receive better care.

But what happens if an insurance company uses that data for evil? Could a sedentary period in a person’s life or a low average resting heart rate be used to raise a person’s health insurance premium?

Schlosser says that, thanks to the ACA, those practices are illegal. “The days in which insurance would be able to underwrite against you or take you out of the plan are over,” he says. “If we had done this a couple of years ago, those questions would be very valid, but there is a new world.”