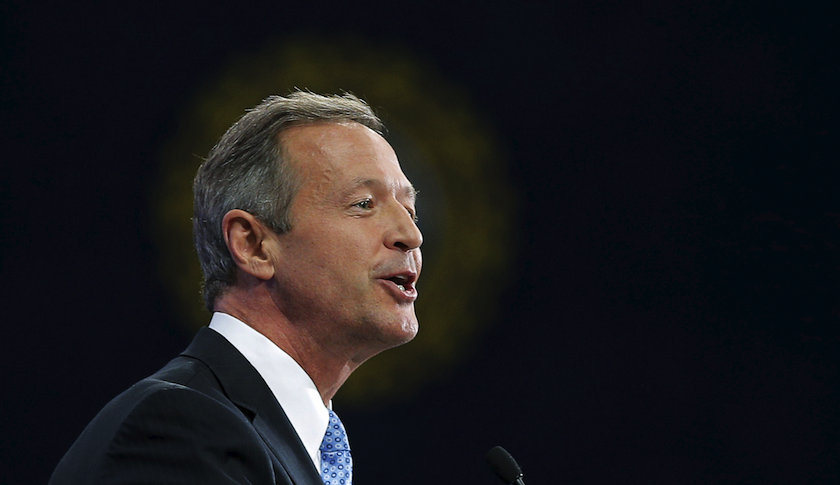 In a bid to resuscitate his single-digit standing in the polls, Presidential candidate Martin O’Malley played Taylor Swift’s epic revenge jam “Bad Blood” on acoustic guitar during an appearance on The View Tuesday.

O’Malley noted that his rival Hillary Clinton will be appearing with pop diva Katy Perry at an event in Iowa this weekend. Perry, of course, is rumored to be the subject of Swift’s song, after the two pop stars had a falling out over John Mayer, backup dancers, and probably some other things.

O’Malley, a former governor of Maryland and mayor of Baltimore, has struggled to get much traction in the polls. His average is currently less than 1% nationally, and his performance in last week’s debate hasn’t helped much. O’Malley, however, is no stranger to performing music, having fronted a Celtic music and folk rock band called O’Malley’s March.