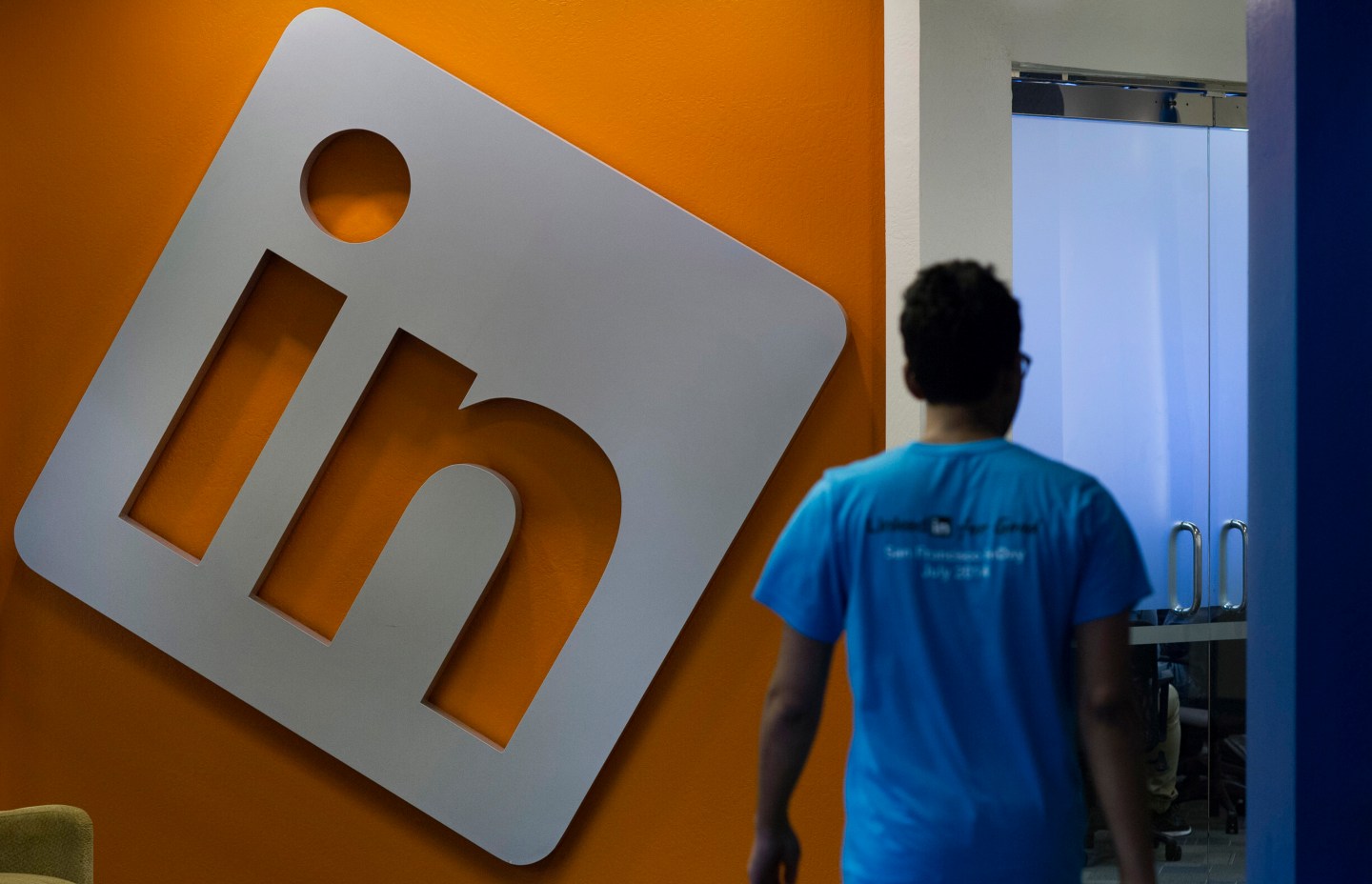 You can often tell much about how seriously a company regards a new strategy or initiative by whether or not someone’s compensation is tied to its success.

That’s why my ears perked up last week when Erica Lockheimer, Linked’s director of engineering growth and women in tech, somewhat casually mentioned that 20% of time—and therefore a portion of her salary and bonus—is tied to the social media company’s overall diversity goals.

Given her title, that’s not really surprising. But Lockheimer isn’t the only one being subjected to this accountability. She tells me that several of her management peers have agreed to similar arrangements, while at least another 50 employees have dedicated 5% of their time—and a portion of their overall annual pay—toward the diversity cause at LinkedIn (LNKD).

“They gave us money and the metrics to measure things,” Lockheimer said during an interview at the 2015 Grace Hopper Celebration of Women in Computing. The conference hosted approximately 12,000 attendees, 4,000 people more than showed up the previous year.

While Lockheimer is cagey about disclosing specific goals, one is centered on thwarting “unconscious bias.” Part of that will come through training; specifically for the company’s research and development group. It’s also related to documented “acts of inclusion,” basically ensuring that every person associated with a strategic discussion or project plan is solicited for their opinion regardless of gender or race.

According to data compiled by Fortune last summer, LinkedIn is among the most gender-diverse of high-profile technology companies that disclose this sort of information—61.9% of its roughly 9,000 employees are male versus 38.1% female. It also does relatively well when it comes to ethnic mix. At the end of 2014, almost half of LinkedIn’s employees were non-white.

What strikes me most about LinkedIn’s policy is that it doesn’t just apply to those in human resources roles or who have “diversity” in their job descriptions. Although, that itself, is also an indicator of which companies are putting money toward changing things.

Among the tech giants that officially employ someone with that title are Intel with Roz Hudnell, who requires managers to report on the diversity of their teams; Facebook which created Maxine Williams’ role two years ago; Cisco, which added Shari Slate’s role as vice president, chief inclusion and collaboration officer, last October; and Google, which has assigned Nancy Lee as head of diversity strategy and dedicated more than $200 million toward initiatives in the past two years. Apple’s HR chief, Denise Young Smith, was hired specifically to focus on improving diversity although she doesn’t technically have the term in her title.

YouTube CEO: How to get girls excited about tech careers. Plus, how to get women to stay.

Hearsay Social CEO Clara Shih: 5 ways for female tech entrepreneurs to get ahead.

UPDATE Oct. 20, 2015: This story’s headline was change to better reflect the role that diversity plays in salary and compensation.