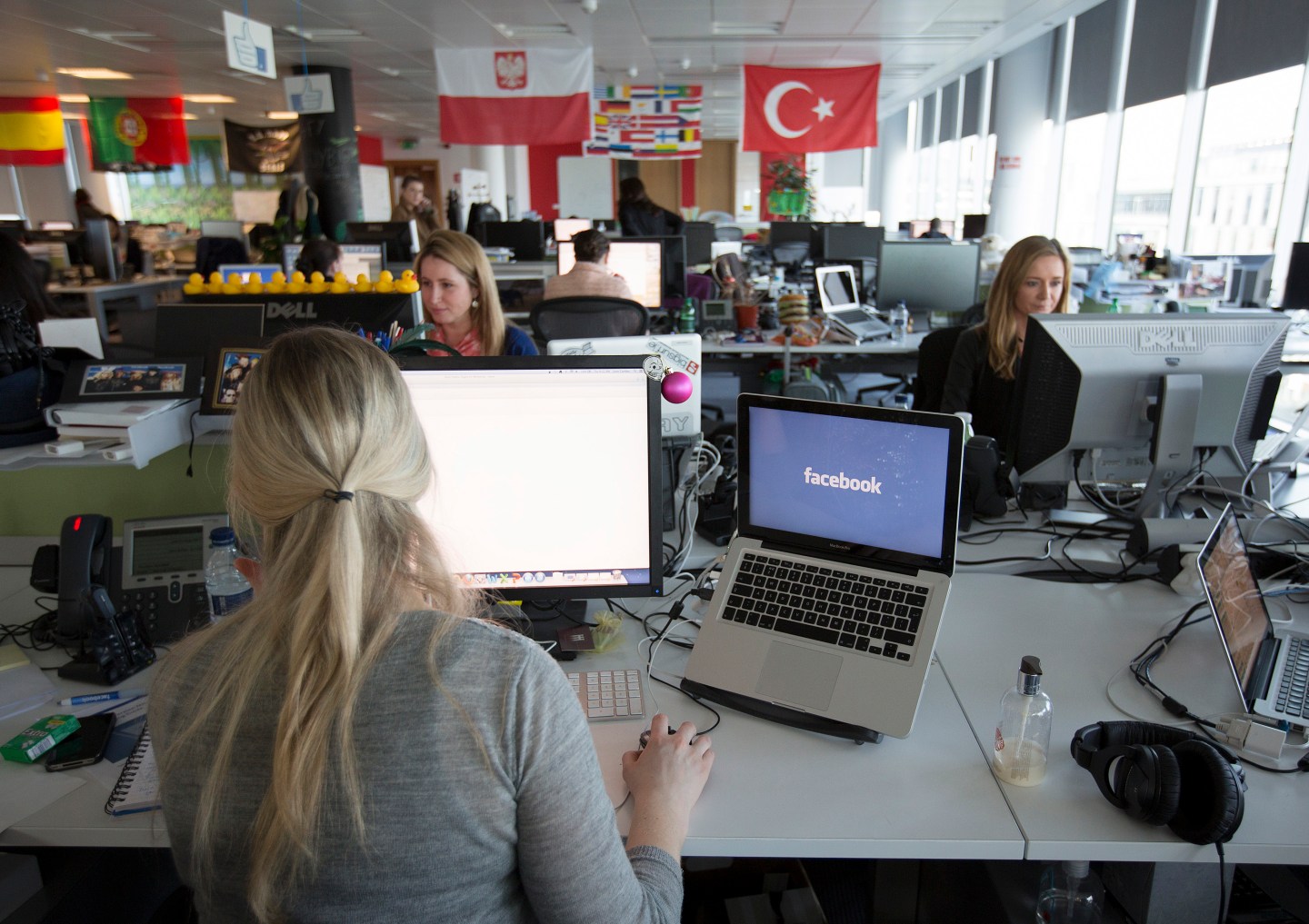 Employees at Facebook are seen working inside the office of Facebook Inc.'s European headquarters at Hanover Quay in Dublin, Ireland, on Thursday, March 14, 2013. Ireland?s renewed competiveness makes it a beacon for the U.S. companies such as EBay, Google Inc. and Facebook Inc., which have expanded their operations in the country over the past two years. Photographer: Simon Dawson/Bloomberg via Getty Images
Photograph by Simon Dawson — Bloomberg via Getty Images

Last summer, Fortune gathered the employee demographic data of 14 tech companies and ranked them by gender and ethnic diversity. Now that several of these companies—and a few new ones—have released their 2015 stats, we’re revisiting and updating those rankings. We will continue to update this story as more firms release their latest demographic information.

Last year, in response to critics who accused them of being comprised almost entirely of white men, a number of the biggest players in tech published their employee demographic data for the first time. The numbers confirmed the doubters’ worst suspicions: Minorities accounted for just a tiny fraction of most of the companies’ workforces and no company could say that women made up 50% of its employees.

Now, several of these tech powerhouses have released an update, showing how their employee makeup has (or has not) changed since 2013. The results are largely disheartening: While firms may be talking a big game, most have made very little progress. That said, just having this data in the public realm is a step forward, allowing observers to see exactly where tech companies stand on diversity and to hold them accountable for improving.

In an attempt to help with that process, Fortune ran the numbers for the nine major companies that have filed their 2014 diversity stats so far, eight we looked at last year and one—Airbnb—which just released its demographics data for the first time.

On average, women comprise about one-third of the workforce at the nine tech companies surveyed by Fortune. That gap widens even further as you go up the ladder: Even at top-scoring Airbnb, women hold only 29% of leadership jobs.

For the eight companies that also reported their gender breakdown last year, we looked at how much progress each firm made on increasing the size of its female workforce. While five of the eight increased their percentage of female employees, the gains were generally underwhelming.

Now, on to ethnic diversity, a slightly more complicated subject. For the purposes of this ranking, Fortune compared the percentage of white employees to the rest of the workforce.

Of the companies included here, LinkedIn was also the most diverse in this category last year. (It came in at No. 2 after Apple, which has not yet updated its stats.)

As with gender diversity, the percentages of non-white employees drop even further when you zero in on company leadership. Airbnb, which scored higher than the other firms on gender diversity, drops to bottom when you look at workers’ ethnicity.

For the eight companies that reported ethnic diversity last year, Fortune took a look at year-over-year progress. In general, companies made slightly better progress on ethnic diversity than they did on increasing their percentages of female employees.

To calculate how the nine tech companies fared overall, Fortune assigned points based on how they ranked in four categories: Overall gender diversity, overall ethnic diversity, gender diversity of the leadership team, and ethnic diversity of the leadership team. Companies that failed to report data for a particular category were given last-place points for that category. Here’s how they stacked up, at least by Fortune’s measure:

An interesting note: While there was some shuffling in the middle of the pack—Facebook and Cisco moving up the ranks, eBay and Google dropping down—the top and the bottom slots haven’t changed. LinkedIn came in at No. 1 last year, while Microsoft was in last place.

Fortune will continue to update these rankings as additional tech companies release their latest diversity stats.