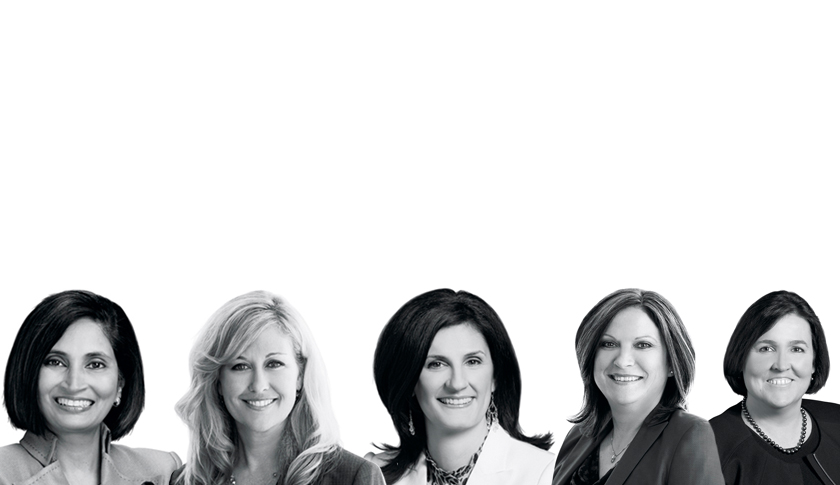 Padmasree Warrior loves high heels. Yet as an engineer just starting out in her career, she ditched the heels for more modest shoes. The technologist thought that if she looked more like her male peers, she would fit in and not feel so alone.

“I would dress down and try to fit this grunge model,” says Warrior, who is now the chief technology and strategy officer at Cisco (CSCO). “But as I gained more confidence, I said, ‘To heck with it. I am going to be who I am and dress how I want to dress.’ ”

The alienation that Warrior felt early in her career highlights a problem that Cisco—along with the rest of the tech industry—is struggling to address. Women represent a small portion of Cisco’s new hires annually, and the few who get in the door aren’t sticking around for long or getting promoted at the same rate as their male peers. The issue appears to be largely cultural, with many women opting out of the industry to pursue careers where they don’t have the issues that
Warrior once faced. The result is a talent drain that tech companies openly admit hurts their ability to stay competitive in the long term.

Cisco hasn’t figured out—and doesn’t profess to be close to—a solution. Though it has stronger ethnic diversity (36% Asian vs. 54% Caucasian), a full 77% of its employee base is male. “We’re not anywhere near where I want to be,” Cisco chairman and CEO John Chambers tells Fortune.

Yet unlike some of its peers, Cisco (No. 70 on Fortune’s Best Companies to Work For list) has made considerable gains at the top: In 2004 one out of nine members of Chambers’ operating committee was a woman. Today that number has grown to five out of 13, and three of 10 board directors are women as well. Executive logic is that if the company starts with the C-suite, women lower down in the hierarchy will look up and see opportunities to grow. In interviews with Fortune, Warrior, along with her four female colleagues on the executive team, opened up about the chal-lenges to filling their ranks with more female talent, while sharing potential solutions for the future.

“The message has to start at the top,” says Warrior, “but you have to create role models at all levels. The common excuse I get is that no women applied for the job. I tell them to change that. Go find women.”

The 30-year-old tech giant’s first challenge is to get young women entering the workforce interested in Cisco. “There is no question that this is the heart of the issue,” says chief human resources officer Francine Katsoudas. Since stepping into the top HR role in June of last year, she has aggressively pushed the importance of diverse interview panels and seeking diversity in job candidates. The latter can be difficult, especially given how competitive the fast-moving hiring process can be in Silicon Valley, but Katsoudas has communicated that no position should be filled until the “widest net possible” is cast. “It’s definitely a change in mindset,” she adds.

Cisco has even expanded its recruiting efforts to preteens to get more young women interested in the tech industry at an earlier age, says Cisco’s chief marketing officer Blair Christie. “We are continuing to try to work backward, and that has put us down in the middle-school level, where we are doing a lot of work.” The company is a founding member of US2020, a platform that helps connect STEM professionals with girls and underrepresented minorities from kindergarten through college age. Cisco has pledged that by 2020, 20% of its U.S. staff will volunteer at least 20 hours each year to inspire students in STEM education.

Christie has been with the firm since 1999 and says that Cisco “without a doubt” has an inclusive culture. “I never realized I was a female until a couple years ago. I worked hard, I drove results, and I was rewarded,” she adds. Yet she acknowledges that Cisco needs to ensure that all women feel as supported as she did. A young talent in marketing has different needs from someone working in finance, and Cisco has launched programs to support women across functions. Spearheading efforts in the organization is Shari Slate, Cisco’s newly appointed vice president of inclusion and collaboration. A several-month-long program called JUMP is available throughout the company for higher-level female employees. It’s also piloting a 12-month sponsorship program to make sure women at lower levels interact meaningfully with senior talent.

Sixteen years ago, there were no female VPs in finance at Cisco, says Christie. Now CFO Kelly Kramer is aiming to increase female headcount among management. Citing the percentage of women in finance overall, Kramer says that she could “lull herself into complacency” because nearly half the talent on her team is female. Yet that diversity isn’t mirrored in all of Cisco’s divisions. Kramer says she is convinced that programs like JUMP will help put more women in leadership roles.

The company is tracking the effectiveness of its programs by conducting employee surveys: In 2014, 89% of staff said they feel they “can bring (their) authentic self to work”—heels and all. Cisco also sees ample opportunity to collaborate with competitors to come up with solutions, but declined to elaborate on any current projects. For Chambers, if the tech industry wants to see a significant shift in diversity numbers, it will need to make a few “bold moves.” As long as tech companies continue to operate separately on the issue, the needle will never jump dramatically, he says. “Any CEO will tell you that if you have 30 to 40 priorities, you don’t really have priorities,” he says. Already Chambers is encouraged by the results of executives like Warrior, Katsoudas, Christie, Kramer, and CIO Rebecca Jacoby, who sponsor women lower down the chain. Each of the functions led by a woman has more diversity in its group than other groups do. Yet the company is by no means close to declaring victory or even announcing a winning strategy. “We might need to run some different plays,” Chambers admits.

Check out Cisco’s perks on our 100 best companies to work for list here.