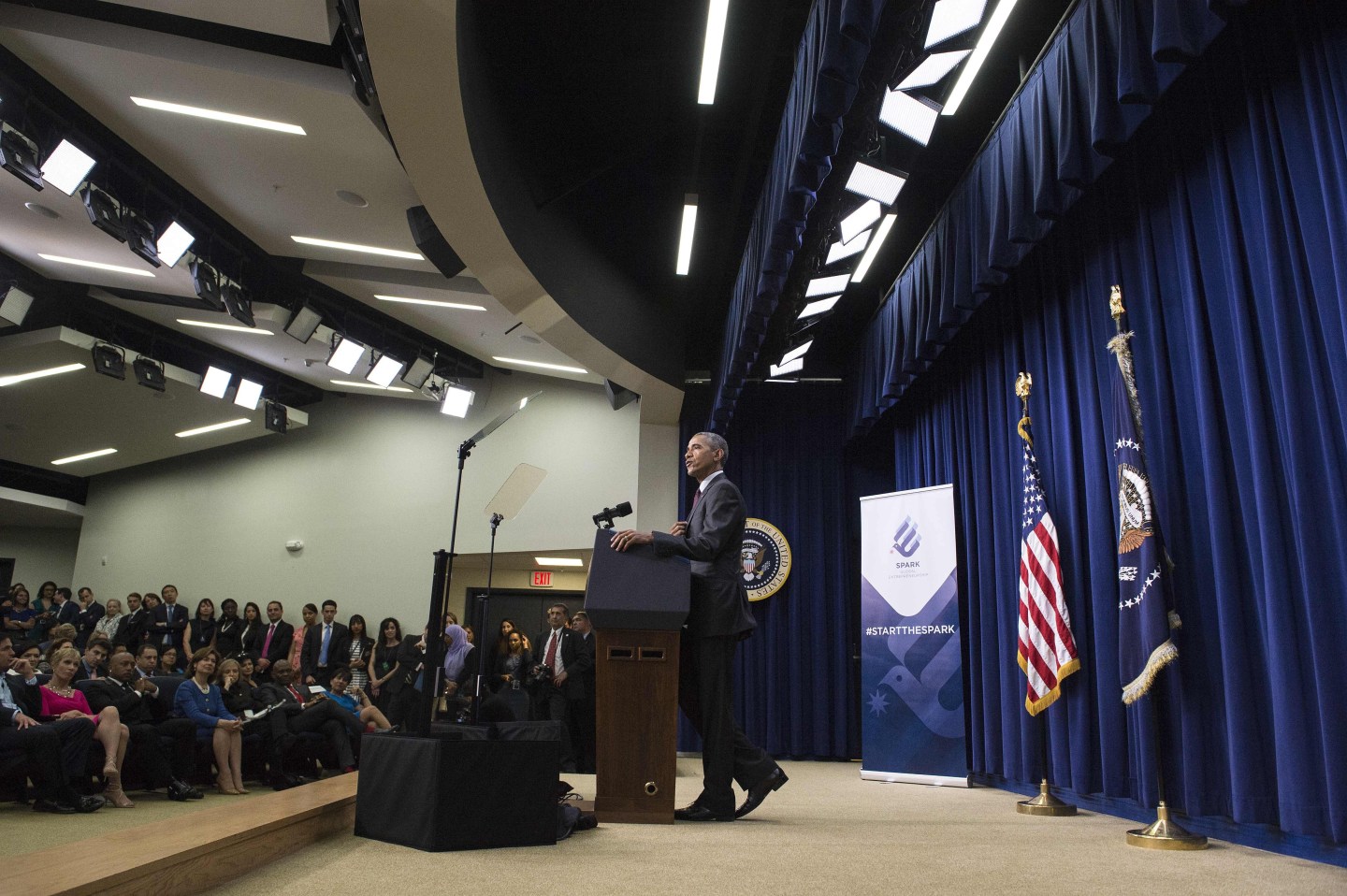 US President Barack Obama addresses an event with entrepreneurs from across the United States and around the world to highlight the importance of investing in women and young entrepreneurs to create innovative solutions to some of the worlds challenges, including poverty, climate change, extremism, as well as access to education and healthcare at the White House in Washington, DC, on May 11, 2015. AFP PHOTO/NICHOLAS KAMM (Photo credit should read NICHOLAS KAMM/AFP/Getty Images)
Photograph by Nicholas Kamm — Getty Images

Dozens of the world’s largest companies have joined a White House initiative to curb greenhouse gas emissions and invest in clean energy.

On Monday, the White House announced that another 68 companies have taken the pledge, called the ‘American Business Act on Climate,’ bringing the total corporate participants to 81. Big tech companies, global retailers, clean energy firms, food makers, agriculture conglomerates, and a couple of utilities have all signed on.

Notably absent from the list are oil and coal companies that have built their businesses on fossil fuels. The Obama administration is hoping to target power plant operators through the Environmental Protection Agency Clean Power Plan, which requires that they reduce carbon dioxide emissions.

The addition of new signers to the White House initiative show how corporate America is increasingly interested in reducing emissions and fighting climate change. Companies are hoping to lower costs, reduce global risk, comply with government regulation, and attract and retain younger employees.

During his last term in office, President Obama has made clean energy and lower carbon emissions at top priority.

Large biofuel firms like Abengoa Bioenergy U.S., Iberdrola U.S.A., Pacific Ethanol, and POET joined the pledge, while some of the biggest agriculture firms — like Cargill and Monsanto (MON) — did as well. The two utilities that took the plunge include PG&E (PCG) and Portland General Electric.

The companies each make their own individual pledges to lower carbon emissions and invest in clean energy. For example, McDonald’s says it will eliminate food and products that lead to deforestation from its global supply chain, as well as use sustainably-grown beef, palm oil, fiber and coffee. In addition McDonald’s plans to make its restaurants more energy efficient, has a goal to purchase clean energy in Europe and increase its recycling.