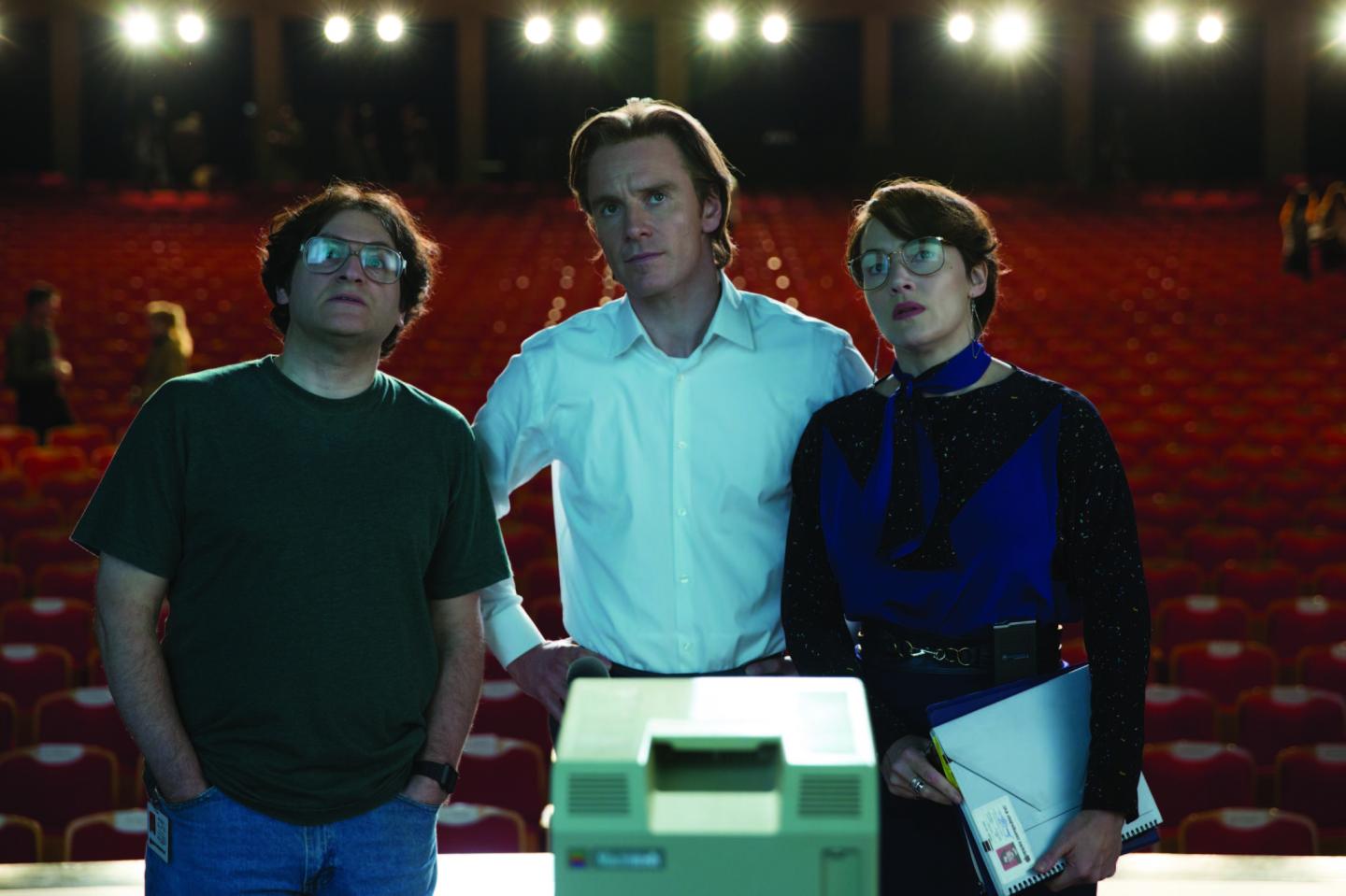 In the controversial new biopic Steve Jobs, Jobs seems to know, deep down, he owes much of his high-tech career to Steve Wozniak. So when Woz occasionally pushes him too far, Jobs bites his tongue, and tells his geeky friend he’s giving him “a pass.”

Does the film give Jobs one, too?

Or does it, as some of Jobs’ friends have charged, smear him as someone who treats people like old hobby kits from Radio Shack – using them and then upgrading to chase after the next big thing?

Biographer Walter Isaacson — who calls Jobs the man who “put a dent in the universe” — says Jobs was complicated, and that the real query should be, Does genius excuse bad behavior?

“The great thing about that question,” Isaacson says after the film’s press screening at the New York Film Festival, “is each person has to answer it for him or herself.”

“I agree with Walter,” echoes screenwriter Aaron Sorkin. “I hope you can see this movie and that those arguments happen in the parking lot.”

Apple’s (AAPL) current CEO Tim Cook has already called the film “opportunistic,” with Sorkin wildly charging that Apple, with its “factory full of children in China assembling phones for 17 cents an hour,” knew all about exploitation. (Sorkin later walked the hyperbole back, saying that both he and Cook went “a little too far.”)

But Cook – who hadn’t seen the movie when he made his comment – really has little to fear. Nor does Jobs’ widow, Laurene Powell, who reportedly was against the project from the start. Although the movie has drawn additional fire from current Apple staff, some former colleagues cooperated with the filmmakers. Wozniak, who’s raved about the finished product, was a paid consultant.

Actually, Steve Jobs works hard to humanize the entrepreneur. Divided into three acts, each one built around a different product launch, it’s all told from Jobs’ point of view, and mostly stays backstage, where private and professional problems always seem to be erupting, and demanding solutions – now.

“He’s always behind the scenes and that’s a wonderful metaphor for him,” Boyle says. “What you might think you understand — it was underwater, beneath the surface.”

Jobs was a bit of a mystery at first to Fassbender, too. “I’m not very interested in technology,” the actor confesses. “I use it, pretty poorly, so everything was new to me, to be honest.”

Luckily, there’s no shortage of research material, from Isaacson’s book, to this year’s Alex Gibney documentary, Steve Jobs: The Man in the Machine to the previous 2013 drama, Jobs, with Ashton Kutcher. “I studied Ashton Kutcher,” Fassbender says, grinning.

The material wasn’t particularly new for Sorkin. He’d been to Silicon Valley before with his script for The Social Network, about Mark Zuckerberg. Yet while that film went for easy, fictionalized ironies – portraying the social-media pioneer as basically friendless – this movie acknowledges both its protagonist’s flaws and his fire.

And maybe, before the final fadeout, his maturation.

“He’s such a compelling, Shakespearean Prince Hal, becoming Henry V,” Isaacson says. “Everyone wants to be on St. Crispin’s day with him going into the breach, but he’s also tough. And you watch him mature, until the very end of the movie when he becomes the type of person who realizes, ‘yeah these personal relationships matter.’”

“There was a love there for him that I felt was pretty clear,” says Fassbender, who made a point of talking to many of the people in Jobs’ life. “Even though there are all these stories about how he could be a hard taskmaster — obviously the relationship with John Scully didn’t end well — but I could really feel that there was a love there for the man.”

A love that sometimes went unrequited. According to the film Steve Jobs, the charismatic mogul was good at selling himself, and his products; acknowledging other people’s feelings could be harder.

All Wozniak ever wanted, it suggests, was a quick shoutout for the work other people put into Apple. But Jobs, who’s all about looking forward, refuses to glance back; he won’t slow down a new-product speech for a nostalgic thank you, and it’s one of the reasons he and his old friend split.

Is it a fair portrait? That debate will continue, as will the broader one the film suggests: Can you simultaneously be a great businessperson and a great person? Or does one side occasionally have to give?

It’s a question Isaacson’s heard before. It’s one he asked a lot of the people he interviewed for his book.

Stephen Whitty is a two-time past chairman of the New York Film Critics Circle. He writes for The Star-Ledger, The Daily News and other magazines and websites. Follow him @StephenWhitty.