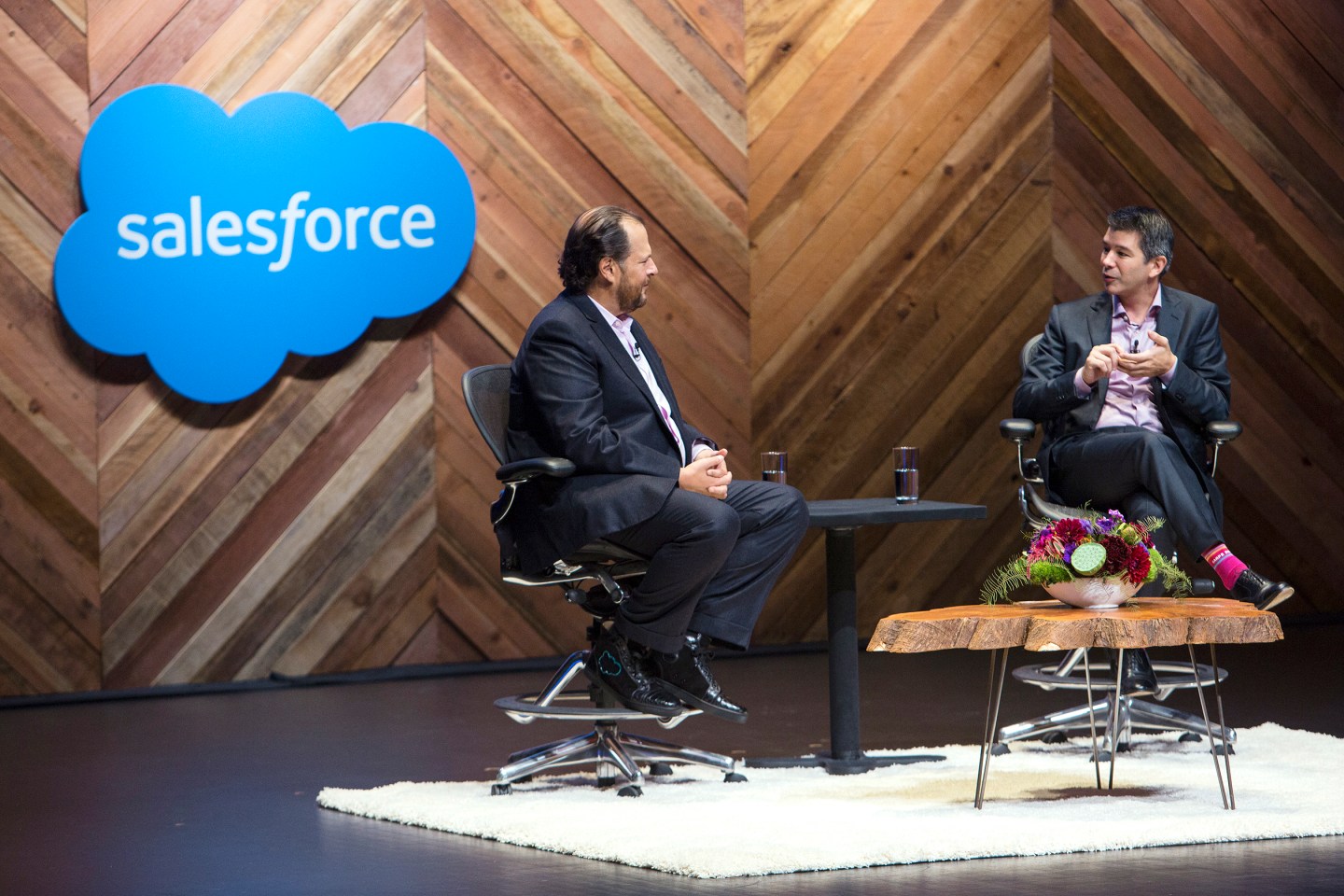 The 1,100-room cruise ship docked at Pier 27 in San Francisco features a martini bar, an art gallery, and a rooftop pool. In the lobby a DJ presides over thudding bass as onlookers sip cocktails and mingle. If not for the cyan lanyards around their necks, you might think this was just another party boat setting sail for international waters. (Let the gambling begin!) But this vessel isn’t going anywhere—its guests are here to attend a four-day-long corporate technology conference.

The so-called Dreamboat (see photos) was one of the biggest attractions at this year’s Dreamforce, the annual blowout thrown by business-software maker Salesforce (CRM) and its larger-than-life CEO, Marc Benioff. Dreamforce is the world’s largest software industry conference, and it can be hard to grasp how big the bash has become. The first was held 13 years ago at a small hotel in San Francisco’s Union Square. Today the only venue that can accommodate its 150,000 attendees—barely—is the Moscone Center, with 700,000 square feet of exhibition space. Salesforce has it booked for the next 25 years.

The key to the event’s success? Avoid classic business-conference traps. At every turn, Salesforce works to remind conference-goers that they are there to have fun—not buy software. Outside the convention center are two stages for musical acts, a “meditation tent,” and four Airstream trailers where Salesforce employees in Dreamforce-themed pajamas will actually spend the night. Young people wearing blue T-shirts and wide grins stud the show floor. Some can’t help dancing.

The formal agenda is also a high-wattage affair, with cameos by Adrian Grenier, Goldie Hawn, and John Legend. There are discussions on “ocean innovation” and mindfulness. (A session on women and innovation proved surprisingly controversial.) There is a concert featuring rockers Foo Fighters. And if you look close enough, there’s some programming about software too. Benioff’s own keynote is a 2½-hour production featuring Cisco CEO Chuck Robbins (CSCO) and Microsoft chairman John Thompson (MSFT). Lest the audience grow tired of such talk, Benioff waxes poetic on this year’s philanthropy challenge—collecting 1 million books for schools across the country.

Salesforce bets that all of this—the eclectic entertainment, immense investment, and effort of hundreds of production workers directed by Metallica stage man Dan Braun—will pay off in software sales. Unsurprisingly, marketing and sales accounts for the company’s largest single cost—$2.8 billion in its last fiscal year, more than half its annual revenues and part of the reason it took a $263 million loss in the same time period. It’s worth it, says senior vice president Elizabeth Pinkham: “Dreamforce has almost become bigger than Salesforce.”

For more on Salesforce, watch this Fortune video:

A version of this article appears in the October 1, 2015 issue of Fortune magazine with the headline “The greatest show on surf.”