What Salesforce, Microsoft, Cisco, and Stevie Wonder have in common 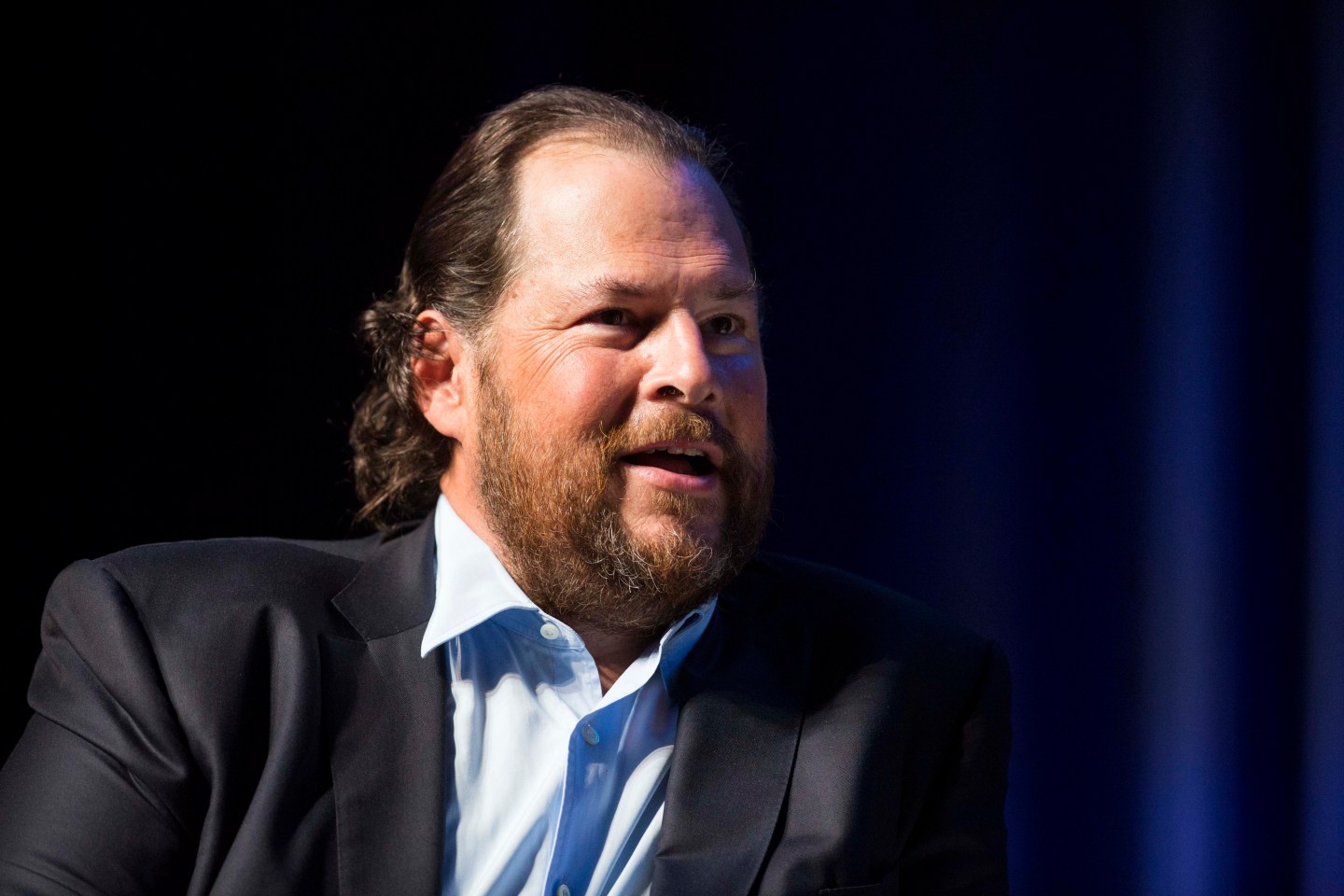 If there’s anything to take away from the keynote of Salesforce’s annual Dreamforce conference, it’s that CEO Marc Benioff has a lot of high profile friends.

Microsoft (MSFT) Chairman John Thompson, Cisco (CSCO) CEO Chuck Robbins, and Western Union (WU) CEO Hikmet Ersek appeared on stage during the conference keynote on Wednesday. And because this was an event dedicated to Salesforce (CRM), they paid homage to Benioff and his multibillion-dollar company.

“What’s your dream going forward?” Benioff asked Thompson when it was his turn to explain how Salesforce cloud software helps Microsoft. He responded by sharing his enthusiasm for cloud computing and explosion of data from the Internet of things, a category connected devices like toasters and assembly lines.

What a coincidence that both Salesforce and Microsoft have partnered to make their products work better together, and that they both see big data, cloud computing, and the Internet of things as crucial to their future business.

“I’m so proud of your company,” Thompson gushed before his inevitable self-serving plug. “And quite frankly Microsoft.”

Robbins also talked about connected devices, and how Cisco’s networking technology will “play a key role” in helping customers gain important insights from all the data they collect. Clearly, every big tech company, from Microsoft to Salesforce to Cisco, is betting they can make money by crunching numbers for customers.

Cisco’s chief technology for engineering, David Ward, talked about how his goal is to make reliable hardware so that the developers coding software on the Salesforce’s cloud “don’t have to worry” about any equipment failures.

“The two of you together is why I’m so optimistic about the future of Cisco Systems,” Benioff said in returning the love to the Cisco executives.

As for Ersek, Benioff, ever a fan of philanthropy, praised Western Union’s pledge to assist with the European migrant crisis. Ersek, unlike the other CEOs, did not talk about Salesforce’s technology, but instead discussed the waves of refugees flooding Europe and Western Union’s duty to help them out.

And it wasn’t just CEOs who were singing praises to Benioff.

Legendary singer Stevie Wonder also appeared at the keynote’s kickoff and belted out a couple of classics from the 70s.

Wonder adjusted the lyrics from his hit, “You Are the Sunshine of My Life,” to “Dreamforce is the sunshine of my life” while urging the audience of sales executives and corporate folks to sing along. In fact, many did pause from their usual business networking, Twitter posting, and focus on cloud software to join him.

Stevie Wonder live at #DF15 singing Dreamforce is the Sunshine of my Life!🎶 pic.twitter.com/Pd3EcM3nKN

For more on Salesforce, check out the following Fortune video: