This record-breaking 3D-printer Kickstarter project is now for sale 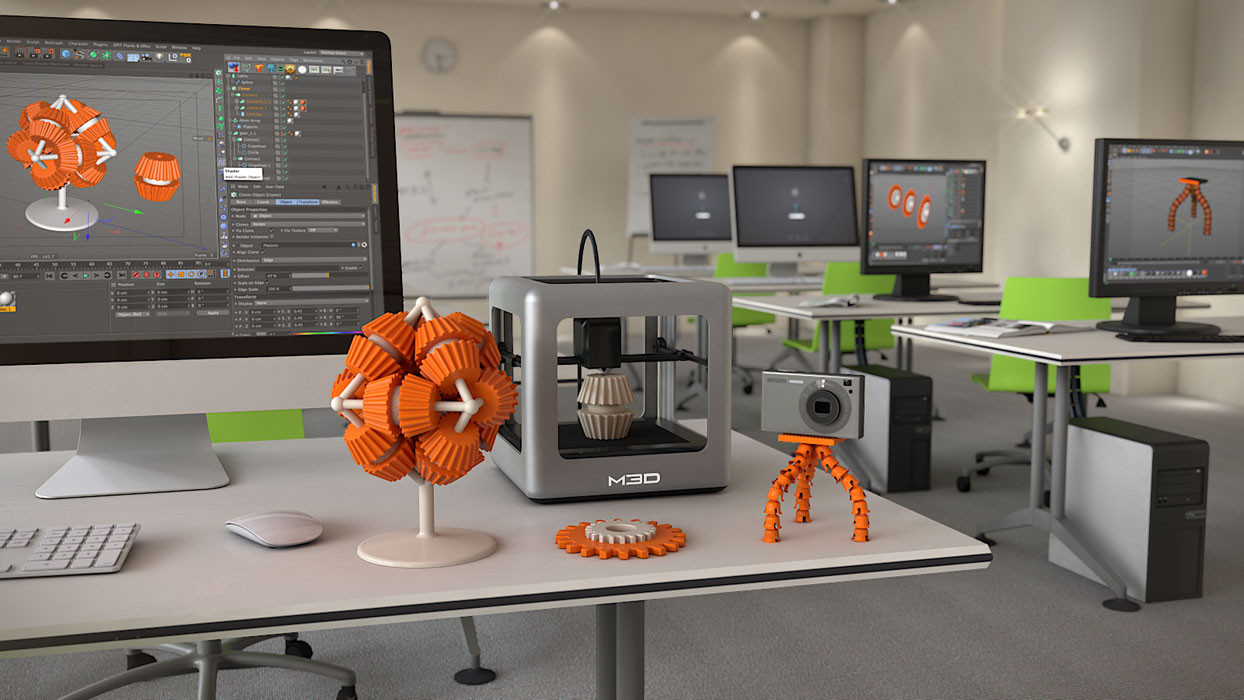 Within a week, the co-founding duo of M3D had raised more than $2 million. When the Kickstarter campaign finally closed, 11,855 people had backed the Micro 3D printer with a little more than $3.4 million in pledges, making M3D’s campaign the largest ever on Kickstarter for a 3D technology project. (This, according to the people at Guinness World Records.)

Last Friday, the world finally got its first glimpse the Micro when M3D’s desktop 3D printer went on sale. For a limited time, the bare bones version of the Micro—the printer, plus a three-month warranty—is selling for $349. After that, the Micro goes on sale for $449, a price that includes a year-long warranty and some starter filament (the raw material needed to make 3D-printed objects).

The printer itself is a fairly basic, plug-and-play machine that weighs two pounds. It’s compatible with spools of PLA and ABS filament, and works with the standard 1.75 millimeter size filament. The print bed is nothing elaborate or overly large. In a conversation with Fortune, M3D CEO Armani compares the setup of the machine to setting up a standard inkjet printer: After downloading the software from M3D’s website, the printer will automatically do a calibration check and move the print head around to ensure nothing is obstructing its path. Then the user enters a filament value, a three-letter code provided by M3D that serves as a fail-safe to make sure the user isn’t printing ABS plastic at the temperature required for printing PLA plastic.

In other words, Armani and Jones made sure their printer is as easy as hooking up a PlayStation. Whether it sells is another matter.

MORE: This startup wants to put a desktop 3D printer in every small business

M3D’s printer comes at a time when the consumer market for 3D printing has been in question. As Fortune has reported a number of times in a variety of contexts: When it comes to desktop 3D printers, there are surely people purchasing them, although not in the volume perhaps predicted by some of the larger, more established desktop 3D-printer manufacturers. As Terry Wohlers, the president of Wohlers Associates—the firm that puts out the annual, enormous report on all things 3D printing—told Fortune recently: “They’re not going into homes. … For the most part, the majority of low-cost desktop printers are going to companies and schools.”

“This is hardware, and the hardware market is going to take decades, or at least a few years,” Armani says. “The Micro is a long-term play. This is something that’s going to require nurturing over the next five, 10 years.”

Armani, as well as M3D president Jones, seems optimistic. The pair, who have known each other since their undergraduate days at the University of Maryland, College Park, employed just eight people at the time of the Kickstarter launch. Today, M3D employs 70 people full-time in a 12,000-square-foot factory in Fulton, Md., which is where the Micro printers are designed, manufactured, built, and shipped. According to Armani, pre-orders for the Micro are approaching 10,000. Counting those who already requested a Micro printer by donating via Kickstarter, that puts M3D’s current sales figures close to 20,000 printers.

“People buy a vibe. People buy into a community,” says Armani. “When they look at our product, it’s something that really gels with them. They’re picking up that community sense—I don’t think that’s existed yet.”