Here’s why MakerBot is putting 3D printers in schools 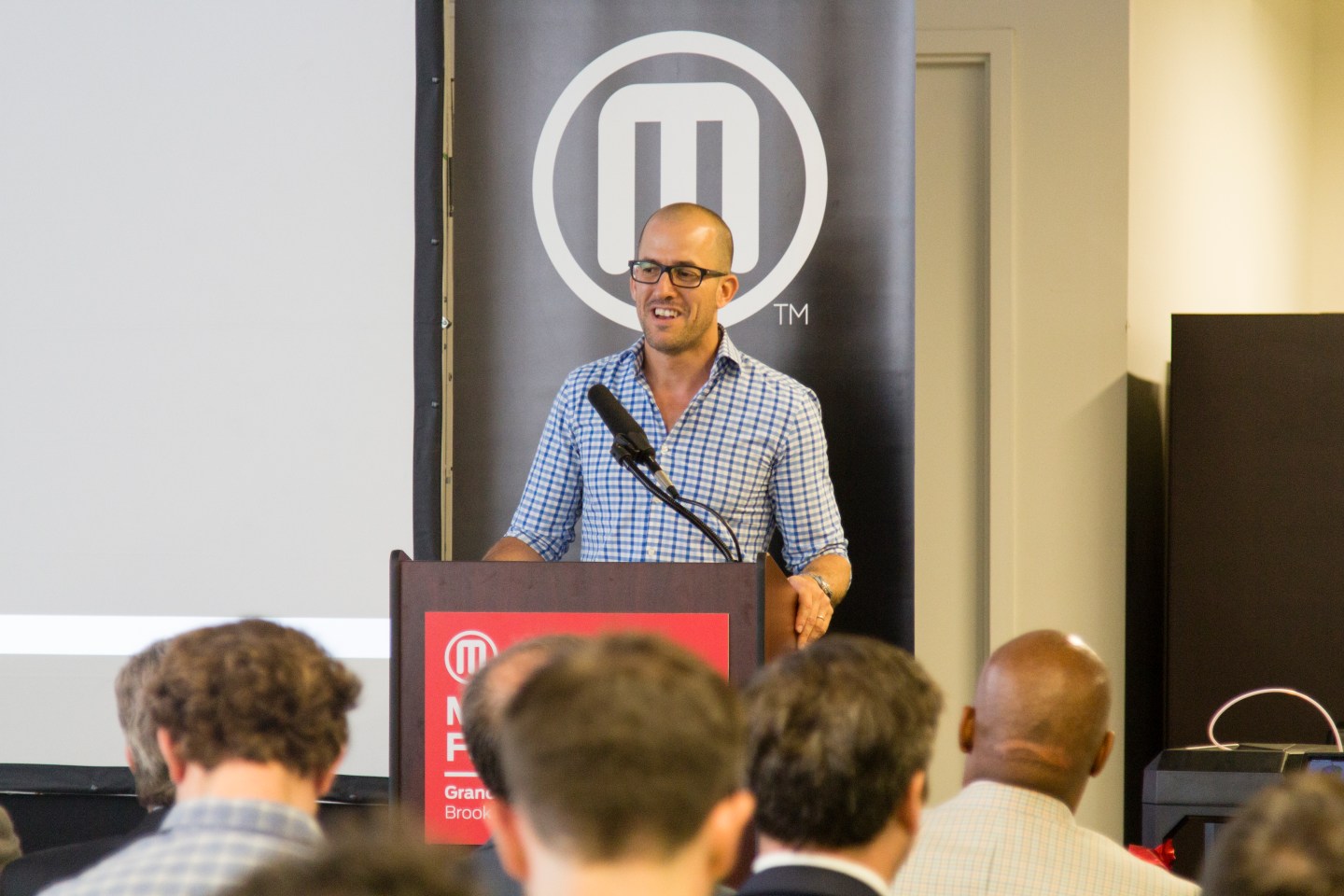 When the State University of New York at New Paltz opened the first MakerBot Innovation Center in the U.S. in February 2014—complete with 30 MakerBot Replicators—it was heralded by the university and MakerBot as a major step forward. Here was an opportunity for SUNY students to learn the intricacies of digital design and fabrication, with some of the latest desktop 3D printing technology, which would effectively give them with the tools they needed to fit into a new generation of engineers and manufacturers before they left school.

“In many ways, we’re planting a seed here, with a lot of enthusiasm, a lot of excitement, a lot of potential energy,” said MakerBot cofounder and then-CEO Bre Pettis at the time.

For MakerBot, the event was a glimpse into the company’s future. A year and a half later, the Brooklyn-based manufacturer of desktop 3D printers has a new CEO, a new factory, and a new strategy for pushing widespread consumer sales of its 3D printers: Create a direct line between the education and consumer 3D-printing markets, a move that new MakerBot CEO Jonathan Jaglom first explained to Fortune in May.

“It taps into our longer-term vision of wanting to go through the education space into the consumer space,” he said.

Consider MakerBot’s strong play this summer for the education market. Already the company had its 3D printers in 5,000 schools nationwide. In June, it released a handbook called “MakerBot in the Classroom,” a how-to guide for teachers interested in introducing 3D printing to their students, but only registered MakerBot customers got the handbook as a free digital download. At the end of August, it announced the winners of its Thingiversity Summer STEAM Challenges, a two-month contest for users of the Thingiverse 3D-design community to create 3D-printable projects that could be tried out by teachers and students. Both the handbook and the contest were components of MakerBot’s education initiative, a key component of how the company is refocusing its efforts to better serve the education market.

“We believe we’re the PCs of the ’80s,” Jaglom told Fortune in a follow-up interview in June, one month before opening up MakerBot’s new Brooklyn factory. “We believe if we address that market over time we will establish ourselves on … the consumer market.”

What Jaglom is describing is MakerBot’s appreciation for the long view, especially after this year’s Q1 earnings call with parent-company Stratasys (SSYS), which revealed that MakerBot saw a downturn in sales in the consumer market over the last year. As one Gartner analysis of the 3D printing market detailed, consumer 3D printing is still “five to 10 years away from mainstream adoption.”

“They’re not going in the homes. There are exceptions. For the most part, the majority of low-cost desktop printers are going to companies and schools,” said Terry Wohlers, president of Wohlers Associates, in a call with Fortune. Indeed, in addition to education, MakerBot has also been focusing on the professional market.

“It’s a, largely, still untapped market,” said Jaglom in June. “In that space we see a clear movement from the professional users on the high end going into the lower end. They want a quicker solution, a cheaper initial prototype—that’s where MakerBot fits in nicely.”

The 2015 Wohlers Report concluded that the worldwide market for 3D printing products and services grew to $4.1 billion in 2014, with sales for industrial 3D printers and desktop 3D printers being $1.12 billion and $173.3 million, respectively.

But it seems clear that where MakerBot thinks it can have the most impact is in schools, from elementary school, to high school, to colleges and universities. This summer, Jaglom took a tour of the U.S., visiting MakerBot customers like The Whitby School in Connecticut, where students are using Tinkercad to design in 3D and MakerBots to print out their creations.

“That’s incredible to see 12-year-olds sketch in 3D, print in 3D,” Jaglom said. “The idea is that, 10 years down the line, that becomes natural, and that will move into the household space.”

Whether schools that have brought MakerBots into the classroom think their students will be asking parents for a desktop printer at home is uncertain. But one thing educators using MakerBot are sure of is the effect digital design and 3D printing technologies have on their students. Randy Asher, principal of Brooklyn Technical High School, is one such educator. At July’s opening of MakerBot’s new factory, Asher took to the lectern and told the audience that the school has more than 28 MakerBots, and that students are transforming the way they think by designing and printing in 3D.

“What MakerBot has done has fundamentally transformed the way we approach education,” he said. “We are using the tool to teach the students how to think, how to react, and how to make critical decisions.”