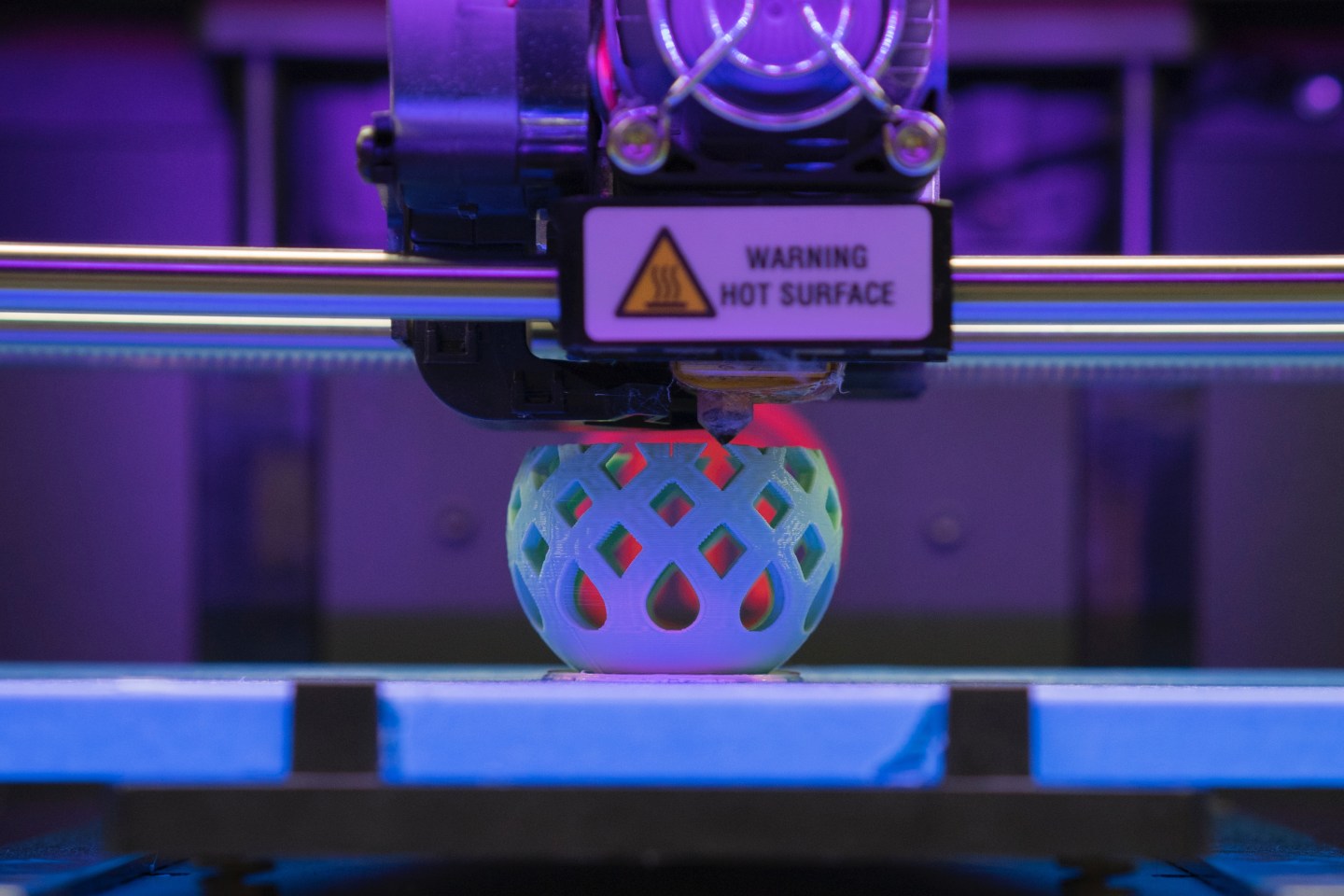 Questions about the future of MakerBot surfaced earlier this month during the first-quarter earnings call for MakerBot’s parent company, 3-D printing company Stratasys.

“I think the future of desktop printing is great,” said Stratasys CEO David Reis in a response to a question about whether MakerBot still made sense as a market play for Stratasys. “We did have a slowdown and we discussed it a few times before in MakerBot. I think we’re doing the right things to restructure the company and prepare it for future growth.”

Stratasys (SSYS), which has offices in Minnesota and Israel, acquired MakerBot in 2013 in a $403 million stock deal. MakerBot, founded in 2009 by Bre Pettis, had sold more than 22,000 of its eponymous desktop 3-D printers prior to the acquisition. The merger brought together Stratasys’ industrial 3-D printing strengths with MakerBot’s desktop 3-D printing expertise. At the time, Stratasys said the deal would foster “faster adoption of 3-D printing.” Last summer, MakerBot announced a partnership to begin selling its Replicator 3-D printer in a limited number of Home Depot (HD) retail stores. In November, a limited number of Staples stores also began selling MakerBot printers.

But at the end of April, news broke that MakerBot was laying off 20 percent of its staff—roughly one-fifth of the company’s workforce—and closing its three MakerBot retail locations. A company announcement about the layoffs attributed them to an internal re-organization as the company shifts its “retail focus to our national partners and expanding our efforts in the professional and education markets.” Where MakerBot noticed a downturn over the last year was in the consumer market for desktop 3-D printing. The goal now, it appears, is to use sales and momentum in professional and education markets to drive sales in the consumer market.

According to MakerBot CEO Jonathan Jaglom, the education and professional markets are two areas where MakerBot already has a sizable footprint. In a call with Fortune, he listed the company’s strengths: Deploying MakerBot printers in more than 5,000 schools nationwide; selling the units in more than 500 retail stores (Home Depot, Sam’s Club, et cetera); and placing them with big-name clients like Lockheed Martin (LMT), where engineering teams use the printers for initial concept design.

“MakerBot initially addressed the right market—basically the makers, the tinkerers, the DIYs—but as MakerBot grew so did the audience space, and so then the education came in and the professional came in, and that today is becoming a much wider audience than the consumer,” Jaglom told Fortune. “[The consumer market] is there; we have people that own printers at home. It’s not a negligible community, but it’s not as big as we initially perceived.”

The May 11 Q1 2015 earnings call for Stratasys bears this out. While overall first-quarter revenues increased by 14 percent to $172.7 million compared to the $151.2 million from Q1 2014, a press release outlining the Stratasys’ first-quarter growth noted it was lower than expected. Regarding MakerBot specifically, first-quarter product and service revenue in 2015 was 18 percent lower compared to Q1 of 2014. Furthermore, overall unit sales for Stratasys products “was impacted by lower than expected MakerBot unit sales,” said Stratasys CFO and COO Erez Simha during the call.

Some restructuring (read: layoffs) at MakerBot was expected by employees, according to Motherboard. After the Stratasys-MakerBot merger, Pettis stepped down as CEO and was replaced by interim CEO Jenny Lawton. Lawton, in turn, was superseded by Jaglom, MakerBot’s first CEO from Stratasys. (Pettis and Lawton moved into roles with Stratasys.) Other internal changes at MakerBot—positive ones, in the company’s eyes—have happened along the way. The company’s customer support team, Jaglom said, has grown by 40 percent over the last year. “Six months ago if you called us with a complaint it would take us 11 minutes to get back to you,” he said. “Today it takes 34 seconds on average.”

“We’re doing a lot of changes,” said Reis, who took over as CEO of Stratasys after the company acquired Objet in early 2013. “I think there is [a] very positive attitude and excitement in MakerBot. And I’m personally very confident that Jonathan [Jaglom] will be successful.” Simha said that 2015 would be a “turnaround year for MakerBot.”

Indeed, MakerBot placing more focus on the professional and educational markets for desktop 3-D printing seems to align with an analysis of the 3-D printing market published by Gartner last August. “Consumer 3-D printing is around five to 10 years away from mainstream adoption,” said Pete Basiliere, research vice president at Gartner, in his company’s report, which outlined two main challenges for widespread consumer adoption of 3-D printing. Business and medical applications for 3-D printing have “more compelling use cases” in the short term. (Think of it this way: If you need a new plate at home, are you going to 3-D print a new one, or are you going to take a ride to the local store and buy a stack of paper plates?) Furthermore, the prices of 3-D printers, even ones that are just a few hundred dollars, are “too high for mainstream consumers at this time, despite broad awareness of the technology,” Basiliere said. Still, an October report from Gartner predicted that worldwide shipments of 3-D printers will “more than double every year between 2015 and 2018.”

“I think the opportunities in desktop are great,” said Reis on the earnings call. “We need to restructure [MakerBot] … but I don’t think the potential of the market disappeared.”

“It taps into our longer-term vision of wanting to go through the education space into the consumer space, in the same way I would argue we’ve seen the PC space move from schools in the ’80s to people’s homes 10 years later,” he said. “Through that momentum, we will find a way to go into every person’s home.”

That remains to be seen, but MakerBot’s CEO is optimistic.

“If you ask me, five to seven years from now, I really do believe there will be a printer in every person’s home,” said Jaglom. “And we’re gonna work to get to there.”