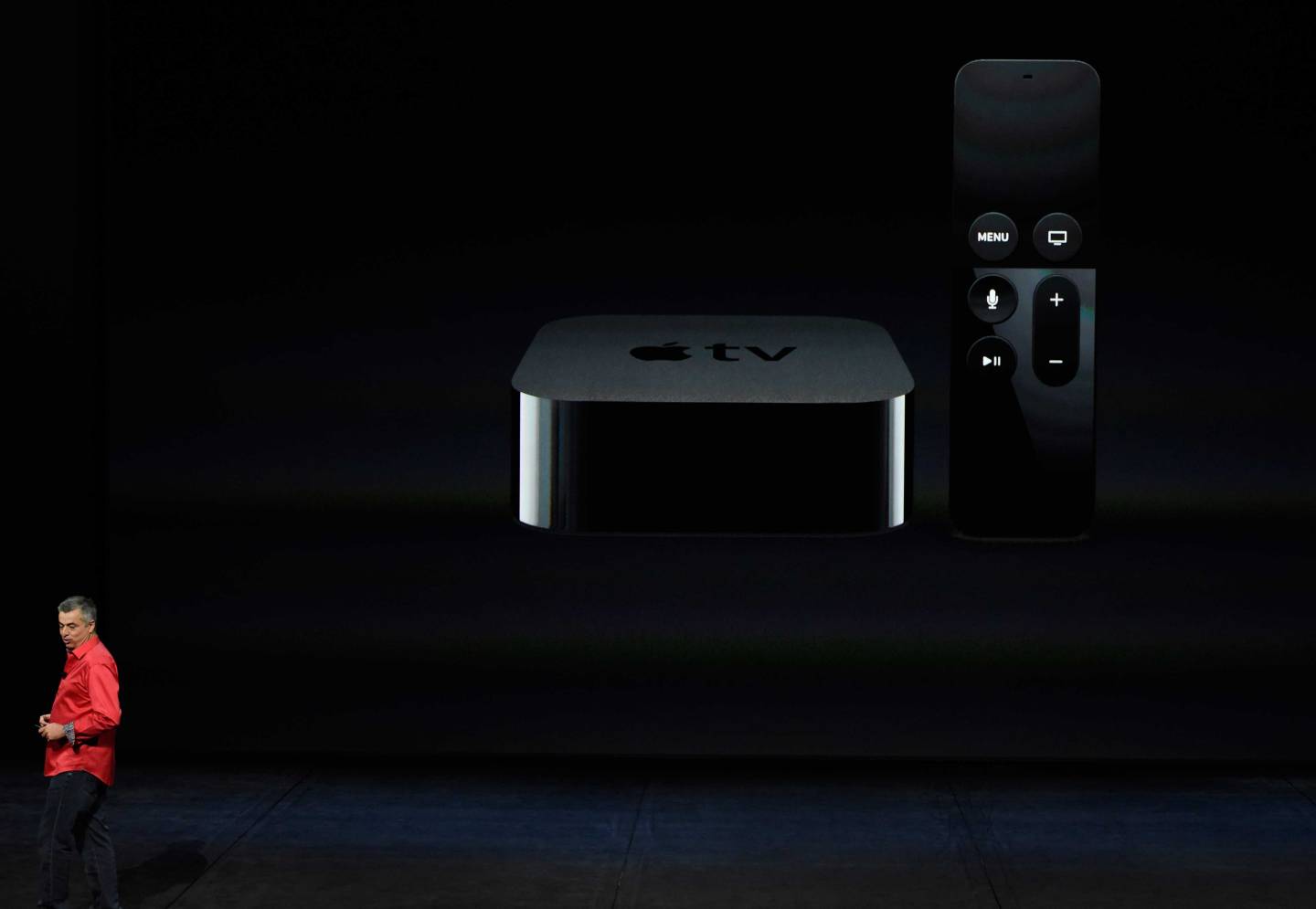 Apple CEO Tim Cook recently called his company’s set-top box the “future of television.” If Cook is right, what does that mean for the growing number of smart TVs popping up in stores across the country?

The difference between a set-top box and smart TV are stark. While they both provide content—which includes streaming media, video games, and apps to users—they do so in a different way. Set-top boxes connect to a television, requiring users to access the device via an input on their TVs. Smart TVs feature built-in applications that let users quickly access content from software included in the television. Smart TVs, in other words, make set-top boxes unnecessary, since they can provide access to the same apps without requiring another box. In general, smart TVs are more expensive because they come with built-in software marketplaces, while set-top boxes can work with both smart and ‘dumb’ televisions.

Over the last few weeks, two technology industry giants, Apple (AAPL) and Amazon (AMZN), unveiled updates to their set-top boxes. Apple TV, which is slated to launch this fall, will come with its own application store, onboard storage, and the ability to play everything from movies and television shows to video games.

Meanwhile, Amazon will soon launch a new update to its Fire TV. The devices will join a market already saturated with similar devices, which include those from Google (GOOGL), Roku, and more. They’ll also compete with game consoles that offer content streaming, and entertainment downloads.

But what about smart TVs? A few years ago, TVs that featured built-in apps were a novelty that allowed consumers to ditch a DVD player or even a cable box and watch content they cared about from services like Netflix (NFLX) and Hulu. In the wake of Apple TV and Fire TV, however, will smart TVs soon take a backseat?

In order to answer that question you’ll have to cut through a lot of industry rhetoric. Before Tim Cook called Apple TV the “future of television,” Roku touted its streaming boxes as the “simplest way to stream to your TV.” Amazon said when it announced the new Fire TV that “customers love” watching its content on its devices. Google argues that its Android TV platform delivers “a smarter TV.” Even Nvidia (NVDA), which makes the Shield set-top box, told Fortune that its “smart TV consoles” are superior to televisions.

“Shield pioneered the smart TV console category, which compared to what smart TVs can offer, provides a significant bump in performance, an amazing gaming experience, access to a modern OS and app store, and is fully integrated into your mobile life,” Nvidia general manager of Shield Matt Wuebbling says. “While we don’t see smart TVs becoming obsolete, we do see smart TV consoles revolutionizing the TV experience.”

Meanwhile, television makers are doubling down on smart features. LG acquired webOS from Hewlett-Packard (HPQ) in 2013 to bundle the operating system with its televisions. The company’s software, which is generally well received, is similar to Samsung’s Tizen, another operating system designed to bring apps and streaming content to the company’s televisions. Sony (SNE), Vizio, Panasonic, and others, are also offering smart technology in their TVs.

“In our view, all TVs will eventually be smart-enabled, just as feature phones are now being replaced by smartphones,” an LG spokesman told Fortune. “Timing will differ, of course, depending on the market, but this is an inevitable trend that is beyond anyone’s control.”

Market research seems to suggest that not only are smart TVs alive and well, but that they’re only going to grow in popularity in the coming years. Analysts at Research and Markets said in June that global smart TV shipments are set to grow at a compound annual growth rate of 20.4% through 2019. Revenue over that period will jump 8%.

IHS Technology senior analyst Paul Erickson put a finer point on market expectations, telling Fortune that the streaming box market will grow from 59 million units in customer homes at the end of 2014 to 207 million by the end of 2019. Meanwhile, smart TVs running in customer homes will leap from 174 million units to 716 million over the same period, outpacing the growth in set-top boxes.

To Erickson, that data suggests that both set-top boxes and smart TVs can live harmoniously on store shelves.

“I don’t believe that the competition in this market portends that smart TVs are becoming obsolete, rather the options for consumers to watch streaming video continue to become more plentiful,” he said. “In general, smart TVs are here to stay—it is a checkbox feature now for all but budget models [and] consumers are expecting smart functionality in midrange and high-end TVs.”

Looking ahead, Erickson believes the market will actually yield no real winners or losers. Instead, he says, companies are “all benefiting from the consumer move towards streaming media consumption, and I don’t see any real loser over the long run.”

So, perhaps the Apple TV is the “future of television” or perhaps it’s just another device in a long line hoping to capture our desire to stream more programming. Regardless, what seems clear is we have an appetite for new, “smart” devices that won’t let up anytime soon.

For more on Apple’s set-top box, check out the following Fortune video: