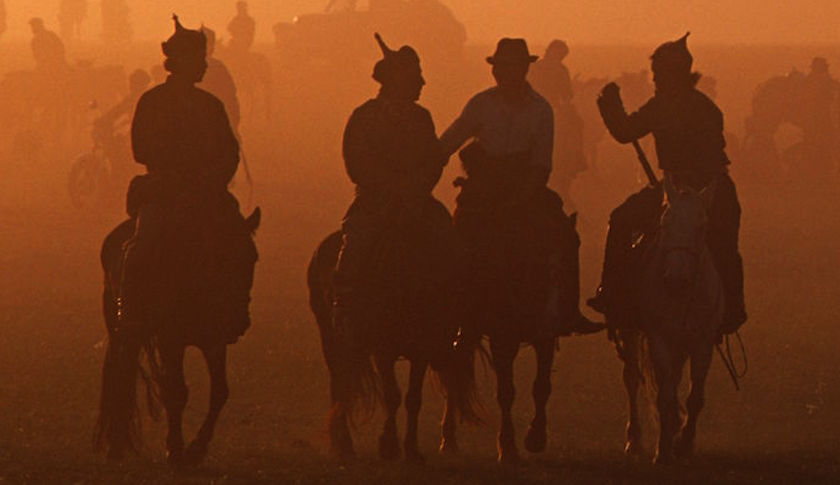 Until last week, former Volkswagen CEO Martin Winterkorn stood among the finest leaders in the world. In 2010, he put a plan in place to turn VW into the world’s largest automaker, and five years later he delivered on that lofty proclamation. Investors cheered, and Volkswagen’s stock nearly tripled in value since he took the reins.

And then the scandal hit.

Following revelations that VW cheated on emissions tests and lied to U.S. regulators about the levels of toxic emissions in some of its diesel autos, the automaker’s stock has dropped 40%. Other countries are looking into the possibility that VW lied to them too. More than 11 million vehicles could be recalled while the company has marked aside $7.3 billion for such a purpose. Now Winterkorn is out of a job, and VW will be dealing with the fallout of his failure for years. But based on his stellar performance up to the scandal, how could anyone have seen such an enormous lapse of judgment coming?

As part of a larger study on how CEOs manage doubt, executive search firm Heidrick & Struggles identified four easily identifiable pitfalls that can trip up any leader. Caught in time, they can be managed, but if they’re allowed to go unchecked for too long, a company will have to deal with their consequences once a leader like Winterkorn departs. We call them the four horsemen of bad decision making.

Overconfidence in a CEO can kill a business. Take a look at Eastman Kodak’s former chief executive Walter A. Fallon. By 1981, he had internal reports that showed the rise of digital pictures and predicted film sales would feel the impact within 10 years, according to The Decision Loom by former Eastman Kodak executive Vincent Barabba. Yet Fallon did nothing even though Kodak’s own engineer, Steve Sasson, developed the first digital camera in 1975. Kodak missed out on the digital revolution and filed for bankruptcy protection in 2012.

Leaders who allow hubris to destroy a company ignore all the information they’re provided, says Valerie Germain, managing partner at Heidrick & Struggles. They assume the status quo will continue ad infinitum and shun those in the company who have insights signaling the opposite.

Good leaders, on the other hand, never quite relax. They’re always looking for new data that might offer strategies that their companies can benefit from next—particularly when they feel comfortable, adds Germain.

Stress and pressure can cripple a CEO’s decision-making process. Reddit’s carousel of chief executives over the past year shows the weakness angst can create.

In November 2014, Yishan Wong stepped down as CEO. He blamed the stress of deciding between San Francisco or a nearby suburb for Reddit’s future headquarters, but that was simply the last straw. “If the job had been a energizing one … this probably wouldn’t have been an issue I resigned over,” Wong wrote on Quora. “But it was, and I’d be lying if I said I wasn’t relieved to have the burden off my shoulders.”

Seven months later, Wong’s replacement, Ellen Pao, resigned. Her departure came after a decision to fire a popular employee led to demands for her ouster. Afterward Pao told the New York Times, “I plan to get a lot of sleep.”

The only way to get over angst, says Germain, is to have a strong support system. For CEOs, a supportive board goes a long way because they can get honest and straightforward feedback. But if a board undermines or bickers with a CEO, angst can build, leading to poor decisions or, in Reddit’s case, resignations.

Sometimes a leader fails to recognize a shifting industry and acts far too late. Blockbuster filed for bankruptcy in 2010, but 10 years earlier, it had the chance to buy Netflix (NFLX) for a measly $50 million. Netflix co-founder Reed Hastings wanted to become Blockbuster’s streaming service, but at the time, most Internet connections still ran through phone lines and streaming quality was poor, so Blockbuster CEO John Antioco laughed Hastings out the door. Now Blockbuster is a memory, and Netflix has a market cap north of $43 billion.

“It’s no longer possible to be CEO, particularly of a large multinational, and only pay attention to what’s happening in your industry,” says Germain. You have to understand movements that have nothing “to do with your industry at all.”

This is where diversity of opinions becomes important. CEOs who surround themselves with staffers who have diverse backgrounds and the experience and knowledge they lack will make sure the bigger picture doesn’t get lost.

Indecision often hurts a company more than making a wrong one. In the years prior to the 2008 automaker bailout, General Motors (GM), Chrysler (FCAU), and Ford (F) knew the struggles they faced. Dealer contracts made it difficult to cheaply dump unproductive relationships, as the Big Three focused on gas-guzzling SUVs while spearheading few technological advances, even as more Americans began to buy international brands and ask for more efficient vehicles. So in 2008, GM and Chrysler had to ask Uncle Sam to bail them out with an $80 billion handout, while Ford got a $9 billion credit line from the government.

“The easiest thing is to not act,” says Germain about leaders who fail to move forward with decisions. “You need to be self-aware to recognize that it may be [your] first reaction, but it may be the wrong reaction.” Had U.S. automakers tackled some of their more pressing issues—particularly dealership struggles—prior to the downturn, then the threat of the U.S. auto industry going belly-up wouldn’t have been as dire.

Which of our four horsemen led to Martin Winterkorn’s demise at Volkswagen remains to be seen. But expect to find out soon. Lawsuits are already being filed, and VW has hired the law firm that represented BP (BP) during the Deepwater Horizon oil spill. With billions on the line, Winterkorn’s tenure will become an open book, leading to another case study in the annals of bad decision-making.