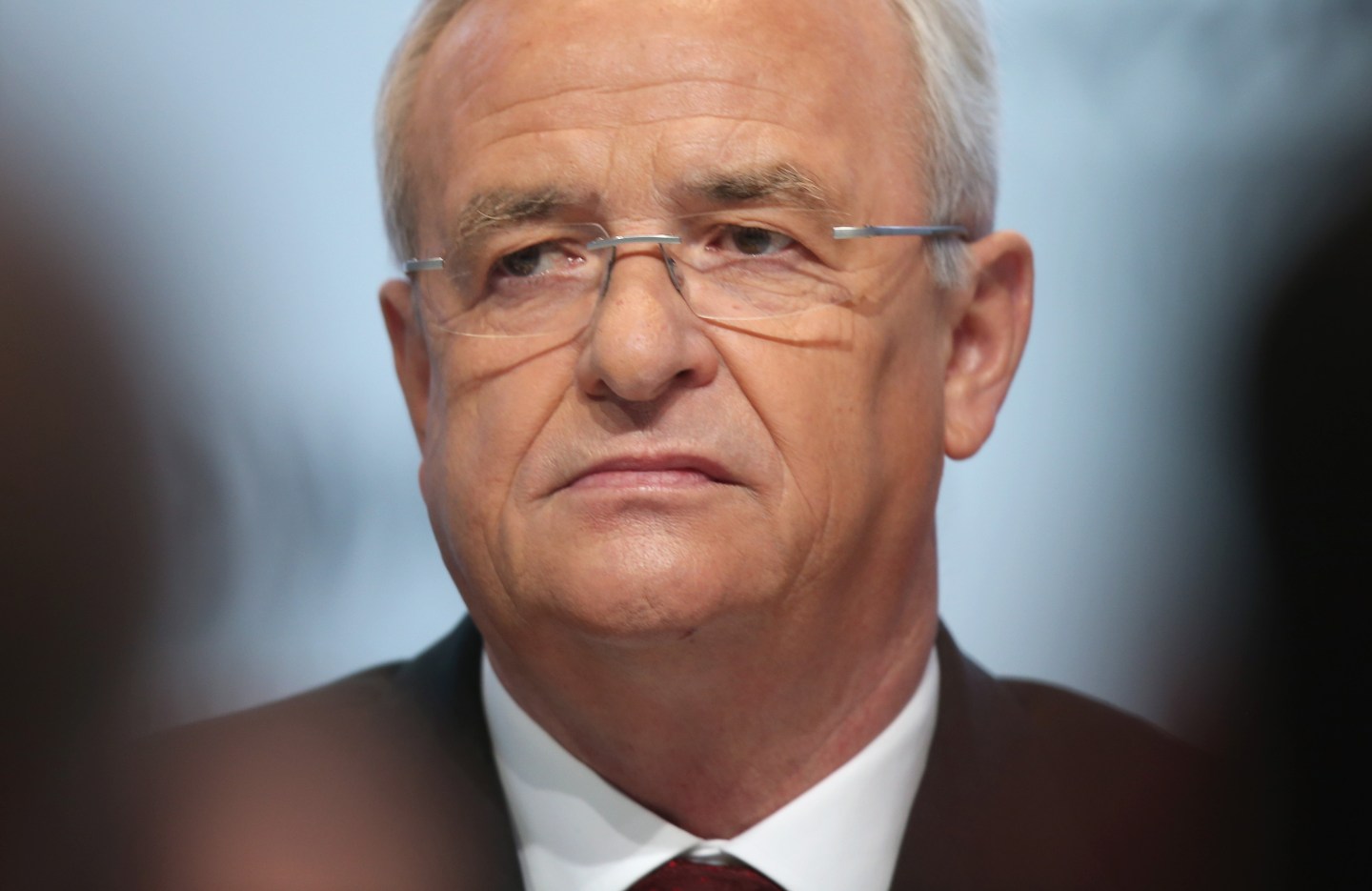 State prosecutors in Braunschweig, Germany, have opened a criminal investigation into disgraced ex-CEO Martin Winterkorn on suspicion of fraud, according to broadcaster ARD. Despite resigning as group CEO last week, he is still CEO of Porsche SE, the holding company that controls 52% of Volkswagen’s voting stock and reports to the descendants of company founder Ferdinand Porsche.

2. VW had known what it was doing for years

Robert Bosch GmbH, the company that provided the software at the heart of the scandal, warned VW in 2007 that its plan to use it to doctor regulatory emissions tests would be illegal, according to the newspaper Bild am Sonntag. An internal whistle-blower had reported the warning in 2011, according to Frankfurter Allgemeine Sonntagszeitung. BaS said the company had chosen to fit the cheating software rather than install better emissions control technology, which would have added $300 per vehicle to production costs. VW hasn’t commented.

The group’s premium volume brand, Audi, said Monday that 2.1 million of its cars were fitted with the EA 189 engine that runs the cheating software, of which nearly 600,000 of which were in Germany and almost 13,000 in the U.S..

The German vehicle watchdog KBA (which hasn’t run independent verification of manufacturers’ claims regarding emissions and fuel efficiency) has given VW a week to say how many cars it needs to recall.

5. Everybody in Europe is at it, apparently.

The NGO Transport & Environment claims that Europe’s carmakers routinely make inflated claims about their performance regarding fuel efficiency (and, by extension, emissions). T&E said the latest Mercedes-Benz A, C and E-class models, BMW’s 5-series and the Peugeot 308 all consume around 50% more fuel than their lab results suggest. The average gap between real-world emission and lab tests rose to 40% from 8% in 2001, it said in a report.

The VW board on Friday moved to decentralize decision-making by region and brand, in an effort to dilute the power of its bosses in Wolfsburg (cutting Thomas Ulbrich’s job as group head of production on the management board in the process). In addition to creating new business units by melding, for example, the U.S. division with Canada and Mexico, it will also give SEAT and Skoda seats on the board.

Incoming chief executive Matthias Müller said “my most urgent task will be to win back trust in the VW concern, with an unstinting investigation and maximum transparency, but also by taking the right lessons from the current situation.

The company promised the immediate suspension of some key employees but is still to confirm last week’s reports that the heads of R&D at the group’s three main brands would be the first victims. U.S. head Michael Horn, meanwhile, has been confirmed in his position.

The Italian government has ordered random spot checks for 1,000 VW vehicles, rather than wait for the KBA to put out its report on their “real-world” emissions. Switzerland has banned the sale of any new car with the EA 189 engine. An E.U. law enforcing the newer, tighter Euro 6 emissions regulations came into force in Sept. 1, so VW isn’t allowed to sell any cars with the suspect engines in the E.U. anyway.

10. The shares are taking another battering.

The stock market has had a weekend to digest VW’s first efforts to turn the ship around–and is distinctly unimpressed. The company’s preferred stock is down another 6.7%, the ordinary stock down 6.6%.