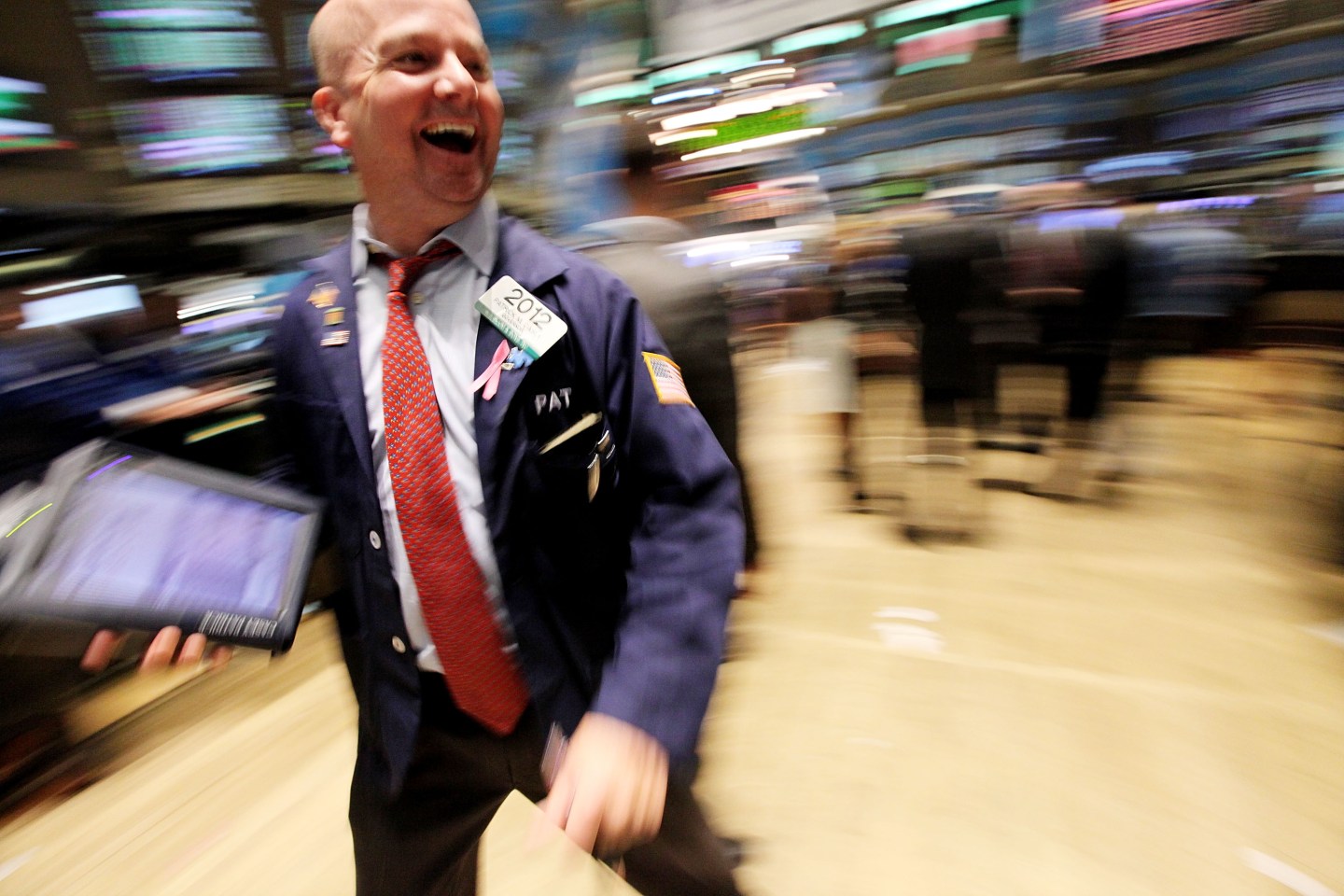 NEW YORK, NY - AUGUST 04: A trader works on the floor of the New York Stock Exchange before the closing bell on August 4, 2011 in New York City. The Dow plunged 512.76 points and is down more than 1,200 points since July 21. It was the market's largest one-day drop in more than two years. (Photo by Mario Tama/Getty Images)
Photograph by Getty Images

Nike’s (NKE) surprisingly strong results in China and data showing that the U.S. economy expanded more than previously estimated in the second quarter added to the positive tone.

Markets have been skittish since last Thursday, when Yellen cited concerns about slowing growth as a key reason for holding off from a much-anticipated hike. Since then, the S&P 500 had fallen about 3 percent through Thursday’s close.

Yellen said she and other policymakers do not expect recent global economic and financial market developments to significantly affect the central bank’s policy.

“There is some optimism after Yellen’s speech,” said Randy Frederick, managing director of trading and derivatives for Charles Schwab in Austin, Texas.

“She has raised the prospect of a December rate hike pretty high because the issues the Fed listed at its last meeting for not raising aren’t going to go away in the next six weeks.”

Federal fund futures contracts showed traders were pricing in more than a 50 percent chance of a rate hike by the end of this year.

The CBOE Volatility index, known as Wall Street’s “fear gauge”, fell 7.7 percent to 21.69, but remained above its long-term average of 20.

Nike jumped to a record high, giving the biggest boost to the Dow and the S&P. The company’s quarterly profit topped expectations on strong growth in China.

Apple (AAPL) was up as its new iPhones went on sale on Friday.