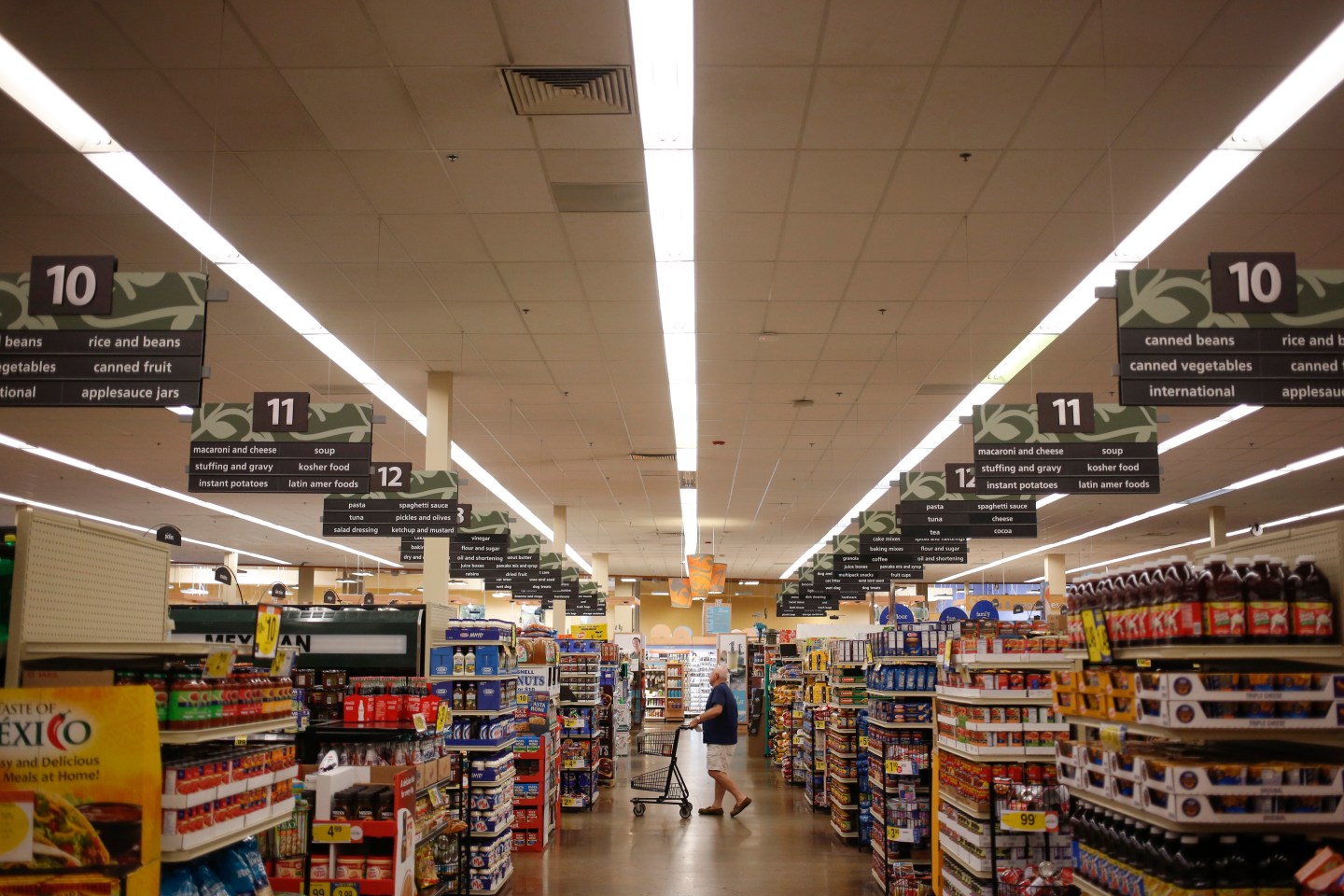 It all started at 79 Jefferson Street in Memphis, Tennessee. On Sept. 6, 1916, Clarence Saunders opened Piggly Wiggly, the nation’s first self-service grocery store. It was a novelty at the time, letting customers gather their own goods from the shelves rather than the then-standard practice of presenting an order to a grocery clerk who would then collect the staples, but it quickly became the model for the industry.

Within five years, Saunders company had spread to 200 cities in 40 states – and had sales of $60 million. In 2014, the grocery industry posted sales of more than $638 billion.

Today, a Courtyard by Marriott stands at the Jefferson Street location – and the only acknowledgement of the ground-breaking business model is a historical marker that most people ignore as they walk by.

And today, just as it did 99 years ago, the grocery industry may once again be standing on the precipice of a seismic shift.

“The traditional supermarket, in my opinion, is a dinosaur,” says Phil Lempert, an industry analyst who has studied the supermarket industry for more than 25 years. “It is over and done with.”

Lempert says the new trend in groceries is smaller stores, with a smaller, more curated assortment of food – and predicts companies like Germany’s Lidl (which announced a U.S. expansion in June) and Aldi are laying the groundwork for the future of grocery stores.

“We can’t assume that the supermarket that served [millennial’s] grandparents is right for them,” he says. “Health and wellness are more important in supermarkets. … Our parents and grandparents just wanted to see more, more, more.”

Change is already occurring in the grocery business. As competition from newcomers and specialty stores, like Trader Joe’s, increases, big box supermarkets are consolidating. Earlier this year, Albertsons completed its acquisition of Safeway. Dutch retailer Ahold has plans to buy Belgium’s Delhaize for $29.5 billion, which will give the combined chain over 6,500 Stop & Shop, Food Lion, Giant and Hannaford Bros. stores. And last year, Kroger bought Harris Teeter for $2.5 billion.

Smaller food selections might sound curious to some shoppers, but Lempert points to something like the grocery store olive oil aisle – which may have hundreds of bottles of a product that, he says, are basically the same. And those smaller selections result in smaller stores – that have less overhead and can offer lower prices.

One of the reasons behind the shift in grocery culture is tied in with the ‘buy local’ movement that’s has been gaining popularity throughout the country for the past few years. Another is ongoing fears about genetically modified foods. But ultimately, technology is the biggest reason grocery stores will evolve in the years to come.

As the Internet of Things becomes more widespread, items like smart refrigerators could automatically order staples (like milk or eggs) when you’re running low. And services like Instacart and Amazon Fresh are also changing how millennials, who are driving much of the changes, shop. (Amazon, for instance, is reportedly considering a drive-thru grocery store.)

“I think grocery stores [as we know them today] are going to be extinct not in 50 or 100 years, but in 10,” says Lempert. “Home delivery … is growing by leaps and bounds. The next iteration is going to get even cooler with driverless cars. What’s going to happen is you order online, then – similar to Uber – you’ll get a pop-up to see where the driverless car is that’s making your delivery.”

Time will tell whether Lempert’s predictions come true. But it’s worth noting that while he contends stores are getting smaller, the numbers don’t necessarily back him up. Between 2000 and 2013, the median square footage of a U.S. grocery store held fairly steady, increasing by roughly 2,000 square feet to 46,500 square feet, according to the Food Marketing Institute. (For comparison, Aldi and Lidl stores – which have a limited U.S. presence, or in Lidl’s case, no current presence – tend to have footprints of roughly 10,000 square feet.)

And some are making a trip to the supermarket a true experience.

The Alexandria, Va. Wegmans includes a carpeted 80-seat pub, with soft leather barstools and glass chandeliers that serves beer, wine and cocktails. Prefer a seat with a view other than the produce aisle? Try the patio dining complete with a large fireplace. And, to make it easier for shoppers to get a seat, the Pub accepts reservations on OpenTable.

Kroger, the nation’s largest grocery chain as judged by revenue, is also offering patrons the chance to get a beer. The company, which has had limited growler stations in its stores for years, has rapidly expanded them this year, adding locatiosn in Cincinnati, Atlanta, Memphis and Richmond, among other cities.

That’s the continuation of a strategy born in 2003 to fend off competition from newcomers to the grocery space. Since adopting the plan – dubbed Consumers 1st – Kroger says it has seen sales growth for 46 consecutive quarters.