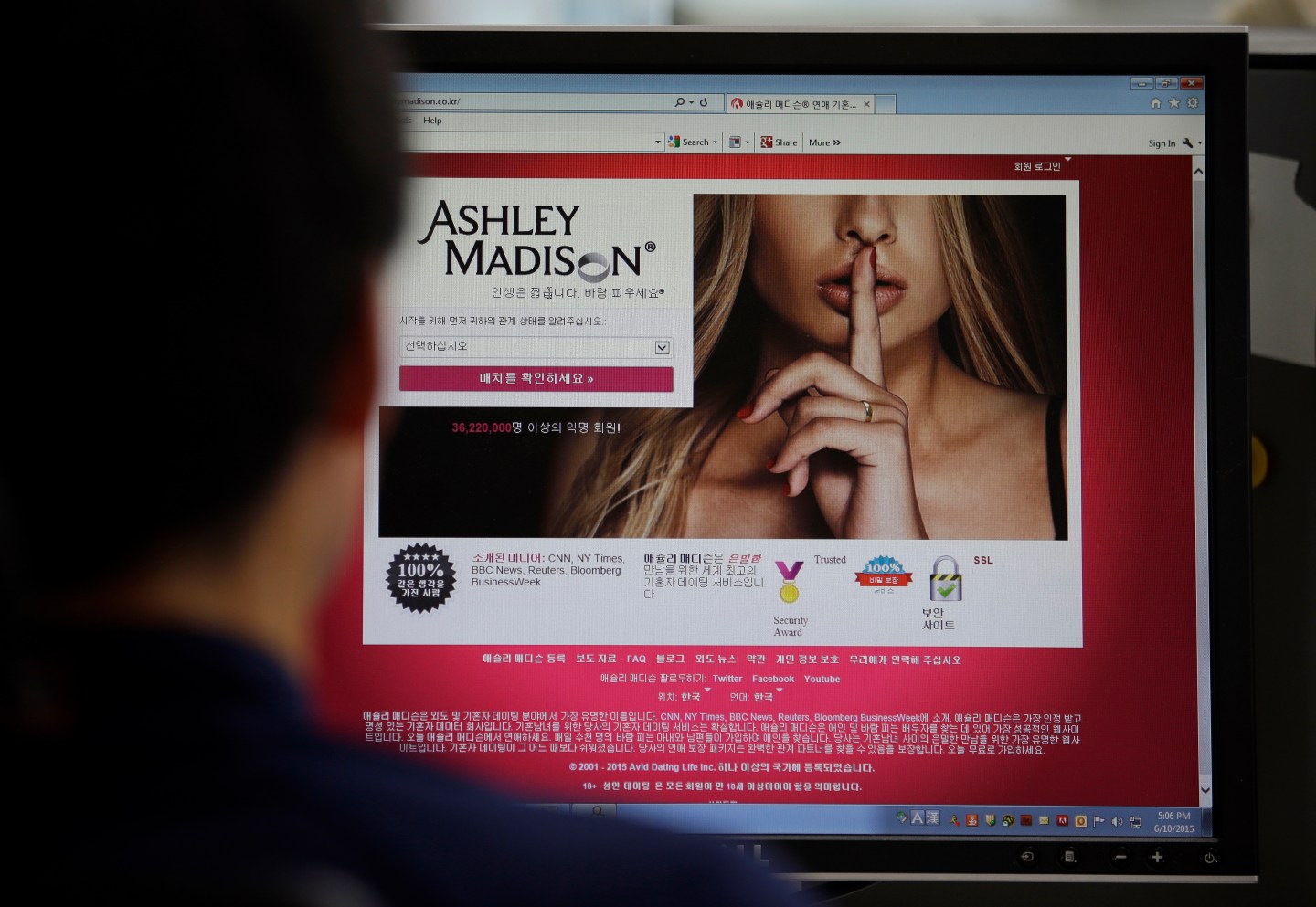 In this June 10, 2015 photo, Ashley Madison's Korean web site is shown on a computer screen in Seoul, South Korea. The Ashley Madison cheating website is making a lucrative, controversial splash in South Korea in the wake of a landmark ruling earlier this year that decriminalizes adultery. So great is the interest here that company executives expect it to be a top-three market globally for them in five years, after the United States and Canada. (AP Photo/Lee Jin-man)
Photograph by Lee Jin-man — AP

The group of hackers responsible for posting stolen data from the infidelity website Ashley Madison to the dark web on Tuesday has continued to publish leaks.

The group, which dubs itself the”Impact Team,” released a fresh 20 gigabytes of compressed data—double the amount made public in the first batch—on Thursday.

While the first dump focused mostly on customer details, files inside the second dump appear to contain information that could be potentially more personally embarrassing for the company: the correspondence of Noel Biderman, CEO of Avid Life Media, the parent company of Ashley Madison and its sister sites such as EstablishedMen.com.

“The message is likely a response to assertions made by the company’s former CTO this week,” Wired’s Kim Zetter reports, “who tried hard to convince reporters after the first leak occurred that the data dump was fake.”

(Fortune has not yet reviewed the communications’ authenticity. Avid Life Media did not immediately respond to Fortune’s request for comment.)

Leaking top executives’ emails appears to be becoming something of a trend in the hacking world of late. Sony (SNE) executives recently suffered through an airing of their dirty laundry. (Read Fortune’s epic recounting of that mess here.) And earlier this year, a breach of the Italian spyware firm Hacking Team exposed the email messages of CEO David Vincenzetti.

It’s likely only a matter of time before whistleblower website WikiLeaks makes the cache searchable.

Sign up for Data Sheet, Fortune’s morning newsletter about the business of technology.