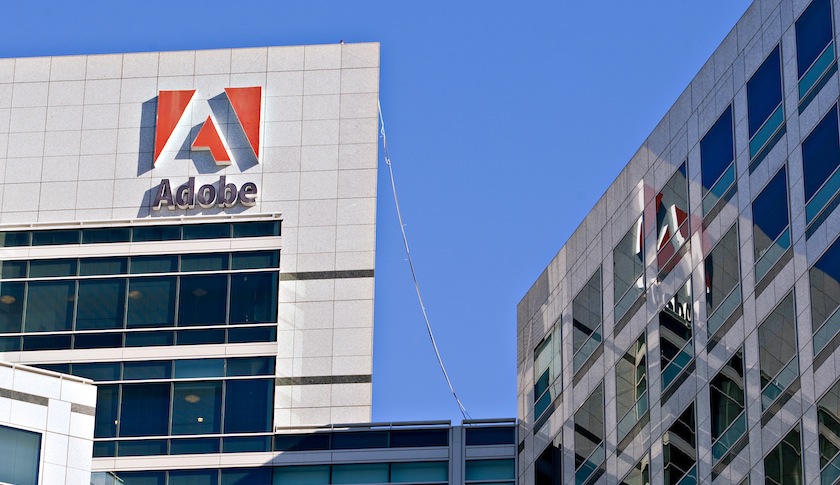 On Monday, Adobe Systems became the latest tech giant to sweeten its parental leave policy. The San Jose-based company is now offering new moms 26 weeks of paid time off through a combination of medical and parental leave—up from the nine weeks of 100% pay it previously guaranteed.

The policy update provides for 10 weeks of medical leave for surgery, childbirth, or a medical emergency—up from seven weeks—and 16 weeks of paternal leave that’s available to any primary caregiver who becomes a parent through childbirth, surrogacy, adoption, or foster care. Fathers who aren’t the primary caregiver have access to four weeks of paid paternal leave—up from the two weeks they received before.

The move comes a week after Netflix announced its own groundbreaking parental leave policy, which gives new moms and dads unlimited time off in the year following the birth or adoption of a child. Microsoft followed suit by announcing a new 20-week leave offering for new mothers.

The generous leave policies are no doubt a privilege for employees of companies with plenty of resources that are competing over scarce talent. In explaining their new benefits packages, both Netflix and Adobe cited employee retention as a factor.

“Our employees are our intellectual property and our future,” Donna Morris, senior vice president of people and places at Adobe, said in a blog post Monday. “The investment is unquestionably worth it.”

“We want employees to have the flexibility and confidence to balance the needs of their growing families without worrying about work or finances,” Tawni Cranz, chief talent officer at Netflix, wrote in a blog post August 4.

And yet, in expanding its maternity leave policy, Adobe increased it to essentially half the length of Netflix’s. When Fortune asked Adobe’s Morris on Monday if the company had considered an unlimited paternal leave policy, she said that it had not evaluated that option.

When companies don’t provide a framework for leave, employees tend to look toward the average to determine how much time to take, Morris says. An unlimited policy is also hard on managers, she says, because when one employee takes more time than another, issues of equity or fairness crop up. (Last week, Fortune questioned the strategy of giving workers unlimited leave since such an open-ended option can lead to confusion.)

Adobe, which landed at No. 90 on Fortune’s 2015 Best Companies to Work for List, instead settled on 26 weeks as its new maternity leave after looking at company data. Even though the company’s old policy only paid for nine weeks of leave, Adobe’s records showed that after welcoming a child, “new moms were tending to try to take five to six months if they could get all the stars aligned,” Morris said. Employees with a new baby would cobble together the company’s nine weeks of maternity leave, their paid time off, the company’s two shut-down weeks—the week of July 4th and the week after Christmas—and sometimes a sabbatical to give themselves close to six months worth of leave. (Adobe employees receive a sabbatical of at least four weeks for every five years they work at the company.)

Adobe “focused on these provisions” when writing its new policy, Morris says, and “didn’t want to make it overly complex.” Morris says that any full-time U.S. employee who works more than 24 hours a week is eligible for the benefit. She estimated that 98% of the company’s approximately 5,800 U.S. employees would qualify. Morris also said that the company’s revamped benefits had been in the works since the spring—they’ll be effective November 1.

Adobe’s expanded child leave policy comes after the company eliminated its traditional performance review because the process was causing some of its best people to leave. Morris says that Abode’s tweaks to its internal practices are aimed at “trying to be a company that’s progressive with a great employee experience.” It’s about attempting to stand out in a “crowded and competitive environment,” she says.