MasterCard exec: Why the move to chip-cards is so important 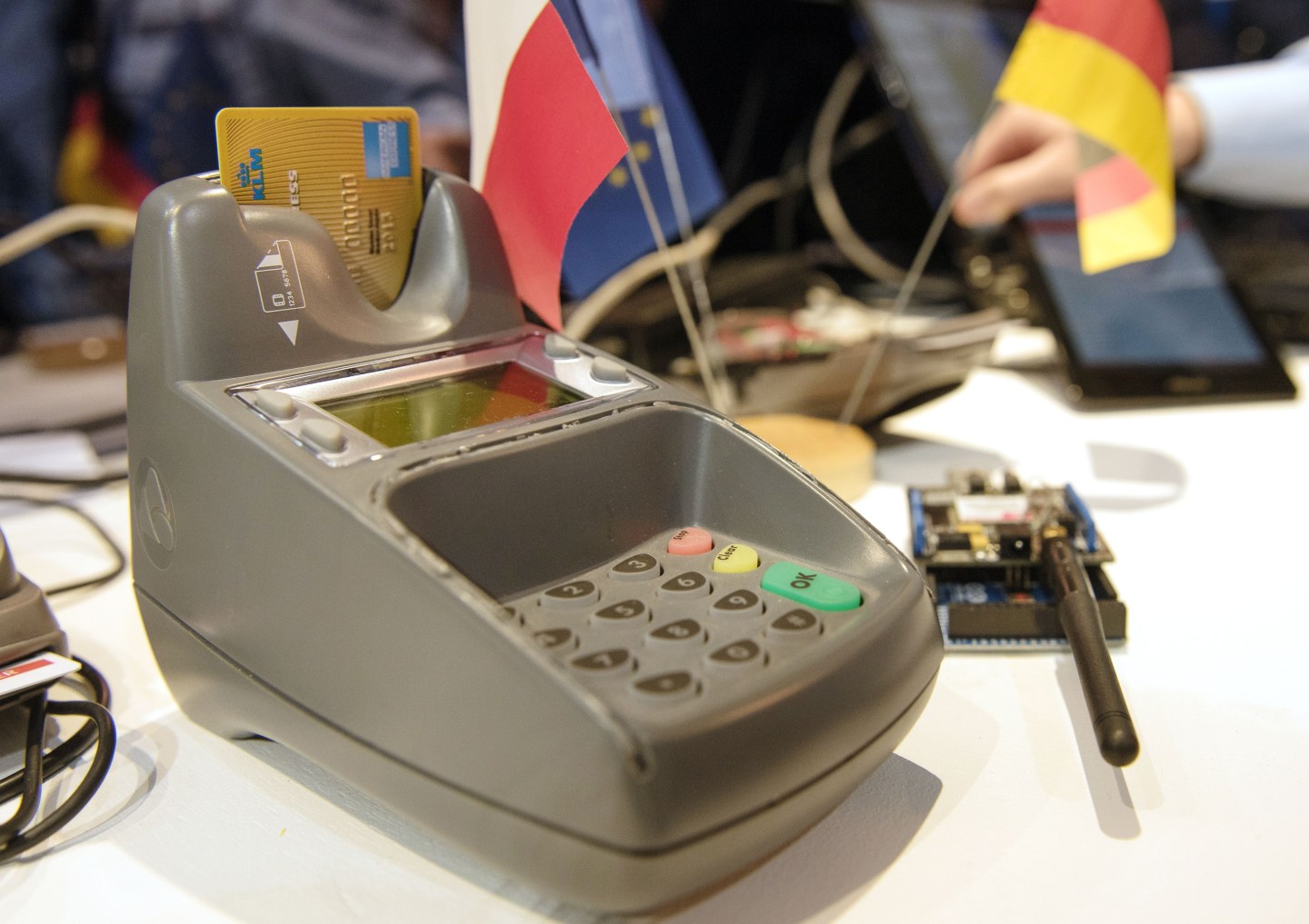 You may not have even noticed, but if you were sent a new credit card this year, it likely came with a small, shiny chip on the front. That may not be the most thrilling or sexy news, but the chip means security, and according to a survey of MasterCard customers, 77% fear their financial information being stolen or compromised via payment fraud—more than the portion that fears an e-mail hack or even a robbery of their home.

It can often be a pain in the neck to receive a new credit card—you must cut up your old one, call a hotline to activate the new one, then change the number at all the web sites where you have stored auto-pay. But payment-processing giants like MasterCard and Visa insist that you and your financial data will be safer once you move to credit cards that contain a chip. And like it or not, that move is happening at last.

Credit-card issuers are sending customers new cards this year in an aggressive play to get everyone on the more secure “chip and pin” cards that other countries have had for years. Of the 1.2 billion credit and debit cards in circulation in the U.S., some 70% will have chips by the end of 2015.

Payment processors have told U.S. merchants to update their point-of-sale hardware to get ready; come October 1, fraud liability will shift from the issuing bank to the merchant. That is, when a fraudulent transaction happens at a merchant that hasn’t upgraded to the chip-capable terminal, that merchant takes the hit. (And merchants are none too pleased about this.)

Carolyn Balfany, a 28-year veteran of MasterCard, is the company’s SVP of U.S. product delivery for EMV, a lengthy way of saying that she’s quarterbacking the effort to bring these chip cards to MasterCard’s American cardholders. (What is EMV, anyway? It stands for Europay, MasterCard, and Visa, and is shorthand for the standard of chip-cards working with point-of-sale devices.) Balfany stopped by the Fortune offices to explain the particulars of The Great Chip Migration and what it means for security concerns. What follows is an edited transcript.

Fortune: What’s so much better about a card with a chip?

Carolyn Balfany: It’s like having a little micro-computer on your card. What chip can do, besides better security, is decision a transaction on the spot. You can have data—like parameters, balance tracking—on the chip, so the chip and the terminal can resolve a transaction right there and not depend on the telecommunications. A mag-stripe is just static data, whereas a chip is creating dynamic data with a key generated every time you make a transaction. [In layperson’s terms: the chip more reliably confirms to the bank that the person using your credit card is you, and that the transaction is legit.]

Why has it taken the U.S. so long to make the change to chip cards when Europe has had them for years already?

Other markets had more significant fraud faster, and they didn’t have the telecom infrastructure that we had. So in other countries, a lot of times, transactions were being decisioned without the real-time communication our network could do so well. What happened, though, is that as the rest of the world went to chip, the fraudsters came here. If you’re a fraudster, what are you going to attack? The lower-resistant, magnetic-stripe market.

What has also happened is the rest of the world operates on chip, so if the U.S. consumer goes abroad with their mag-stripe card, they get funny looks from a merchant and sometimes even get turned away, the clerk suspects fraud. On the reverse, you’ve got international consumers coming to the U.S. that have chip cards, and their issuers are used to getting more sophisticated transactions, and all of a sudden they’re seeing a mag-stripe transaction, and they suspect fraud. So what happens is more transactions get declined. It’s not good for the consumer, it’s not good for the issuer, and it’s not good for the merchant, because they want to make the sale. So bringing everyone to par is really important.

Isn’t it also true that Europe is known for being faster to adopt new technologies of this sort, or is that because it had the fraud first?

Right, I think that was fraud-driven.

Now the U.S. is playing catch-up.

We’re playing catch-up and we’re going to leap ahead. This is the same underlying chip technology that will be leveraged in mobile solutions. So, in ApplePay, which is the most visible right now, we’ve got tokenization, but we’ve also got an EMV-level transaction happening. It’s the same dynamic data-generation. Now you can see the pendulum swinging the other way, where others are going to follow us. For example, ApplePay rolled here first. And there will be other mobile solutions that will role here first, I’d argue.

But there are still technologies that launch elsewhere first, right, like contactless payments at NFC [near-field communication] terminals.

Yes, Canada and Australia adopted contactless faster. Now in the U.S., as we update the terminals to get ready for chip, we’re going to end up with contactless NFC alongside contact.

Why don’t we just go right to contactless instead of worrying about the chip?

Well, it has to be both. But you could envision everyone using cards that can do both contactless and chip.

The ultimate would be no card at all, right? Where I just use my phone for everything.

But is every demographic, is every person, ready for that? When we think about acceptance, we wouldn’t ever want to take a step back on acceptance. We want to make sure we are adding acceptance constantly to further our war on cash. Now, what we might do is talk about retiring the magnetic stripe. Issuers are already initiating conversations about when they can retire the stripe. For now, we want every merchant to upgrade their terminal because we know that in markets with chip, counterfeit fraud goes down more than 80%. We think that about half of all terminals will be turned on to take chip transactions by the end of this year.

It’s not like chip transaction is any faster from the customer’s perspective, right? You insert the card and hold it in for a second, rather than swipe it; if anything, it feels slower to me.

No, it’s not faster. Some consumers have the perception that chip transactions are much longer, but what we find is that whether you swipe or hold your card there for a second, either way you put your card back in your pocket almost immediately. Most people don’t notice the difference.

So it does take longer, you’re saying, to pay with a chip card? That’s pretty ironic.