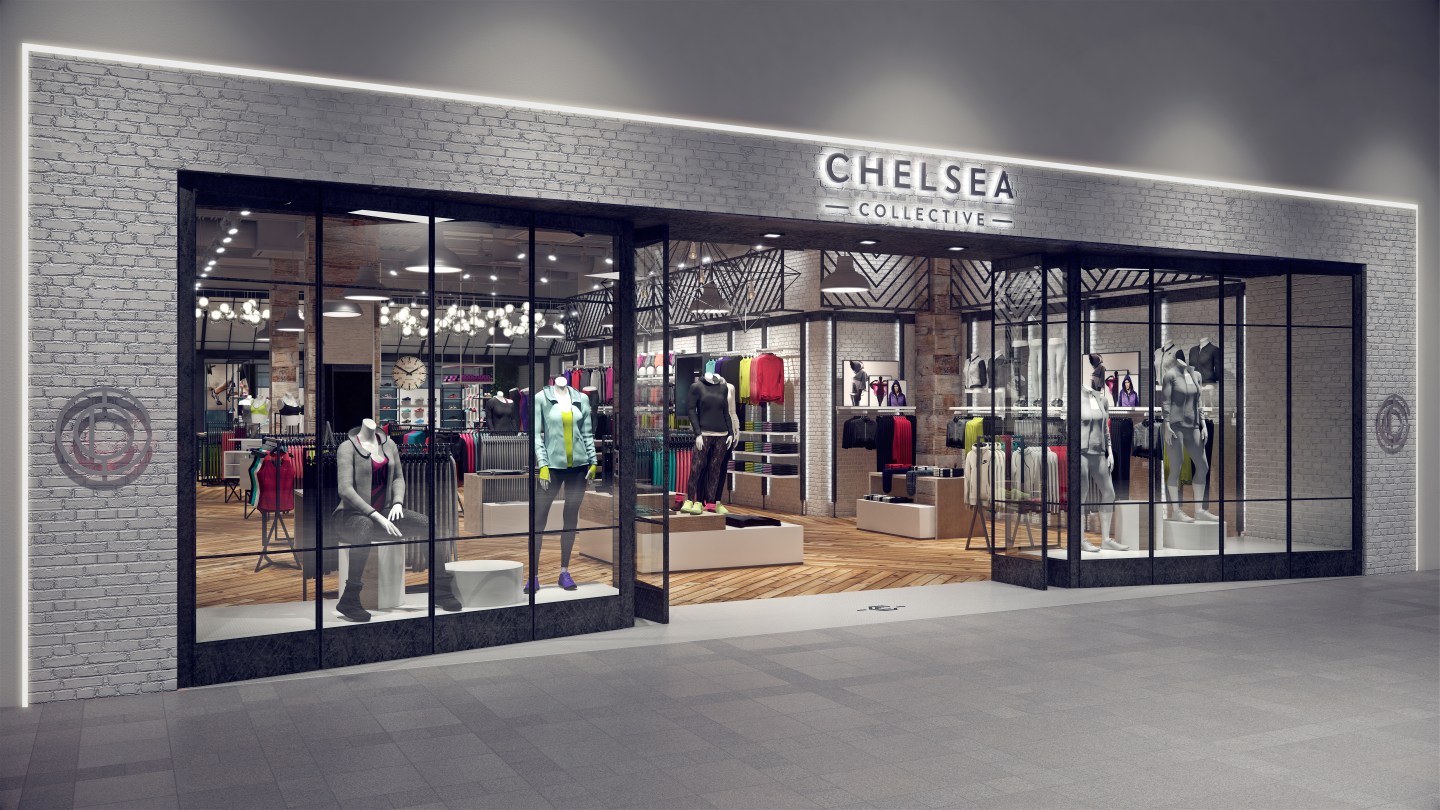 Dick’s Sporting Goods is the latest mainstream retailer to jump on the “athleisure” bandwagon for women.

The retailer, with over 600 stores and nearly $7 billion in annual sales, this August will open two new, female-focused apparel and footwear stores. It is the latest effort to target growing interest in athletic gear, which is being worn not just at the gym and during athletic pursuits, but also increasingly incorporated into casual, everyday attire. And Dick’s (DKS) says this fashion trend is only just beginning to unfold.

“The line is continuously blurring between athletic wear and what every day causal clothing has become,” said Lauren Hobart, senior vice president at Dick’s Sporting Goods and general manager of the new Chelsea Collective concept. “This customer has replaced jeans with athleisure. I view this as a space that is only starting to explode.”

There’s a reason Dick’s is making a bigger bet on the women’s athletic apparel market. Sales for that gear have outpaced the increase on the men’s side, and the women’s market is becoming a much bigger focus for manufacturers such as Nike (NKE) and Under Armour (UA).

But competition in the space is intense. Lululemon (LULU) has carved out a niche with the yoga-loving crowd but is also expanding into other sports and casual attire settings. Gap (GPS) has yoga-focused Athleta, Foot Locker has slowly expanded the women-focused concept SIX:02, and department stores and teen retailers are also jumping into the athletic gear bandwagon.

Dick’s Chelsea Collective concept is starting out with a fairly cautious rollout. The retailer is opening just two stores to start, one in Virginia outside Washington, D.C., and the other in Pittsburgh. The store, with a name inspired by the Chelsea neighborhood in New York City, features mainstream brands such as Nike, Dick’s own Calia collection by Carrie Underwood, and some smaller niche brands like Lorna Jane.

Hobart said the concept will be a true mix between those interested in athletic gear for the intended purpose of working out and shoppers that appreciate the style of the trend. The locations will have treadmills, for example, to help runners pick the right shoes for their stride. That’s similar to running-focused specialty stores that tout performance.
[fortune-brightcove videoid=4360019225001]

“At its core, this is for women who are constantly trying new things in their fitness life and their fashion. It will serve both of their needs,” Hobart said.

The Chelsea Collective’s main focus is on women’s apparel and footwear. That differs from the namesake concept’s business model, as those stores generate 44% of annual sales from “hardlines” – fitness equipment, golf clubs, hunting and fishing gear, and other sporting goods equipment.

Dick’s also said it plans to quickly pivot when styles or interest in athletic activities ebbs and flows over time. The “social fitness” craze has led millennial athletes to try new sporting activities at a fast pace: one week spinning classes are all the rage and the next, women are trying out a ballet workout class.

“The merchandise in the store is going to change quickly and rapidly and address changes as they come,” Hobart said.