Sure, robots can perform surgery and build cars, but can they write a sonnet? 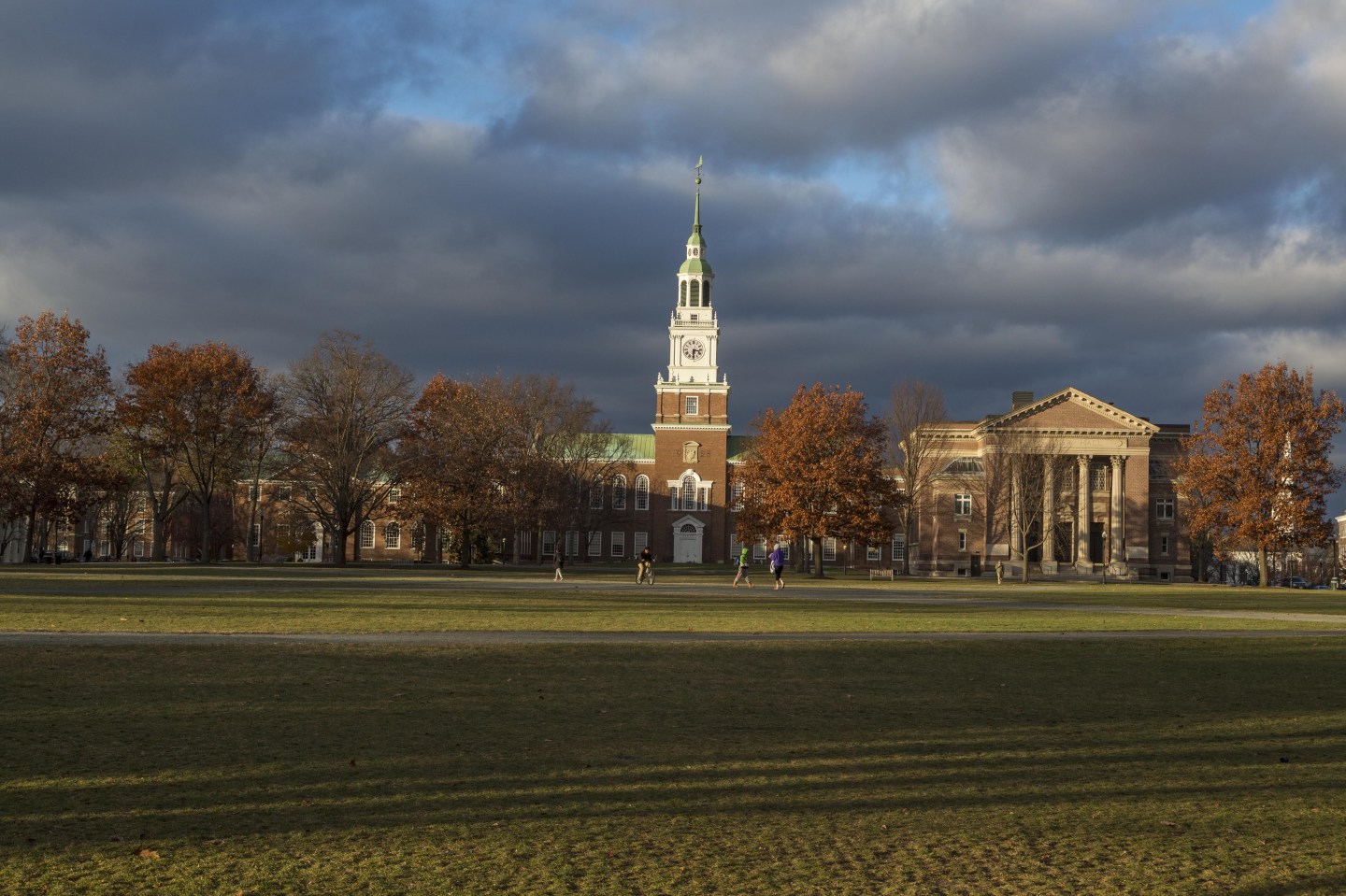 Baker Memorial Library of Dartmouth College, the tower of which is a copy of Independence Hall in Philadelphia.
Photograph by Getty Images/National Geographic Creative

Robots can do any number of tasks and are getting increasingly human-like. But can even the best among them write a poem?

That’s what Dartmouth’s Neukom Institute for Computational Science at Dartmouth College wants to find out. Next year, the Institute will sponsor three contests to see if participants can come up with artificial intelligence (AI) algorithms that can create “human quality” fiction, poetry, or dance music.

The first annual Neukom Institute Prizes in Computational Arts represents another take on the Turing test, the experiment in which a computer or robot seems so lifelike that a person interacting with it would think it is, in fact, human.

In a statement, Dan Rockmore, director of the Neukom Institute said:

“The classic Turing test has always been held out as the benchmark of human intelligence — that is, writing an algorithm that enables a computer to carry on a conversation that fools the human on the other side … But even with a test like that, people always say a computer can’t write a novel or a poem. In our competitions, we hope to inspire artificial intelligence researchers to take on that challenge and create another dimension of AI — creative intelligence.”

The contests will run through the 2015-2016 academic year with Judges to be announced in September.