Alibaba is helping sell this human-like robot to the world 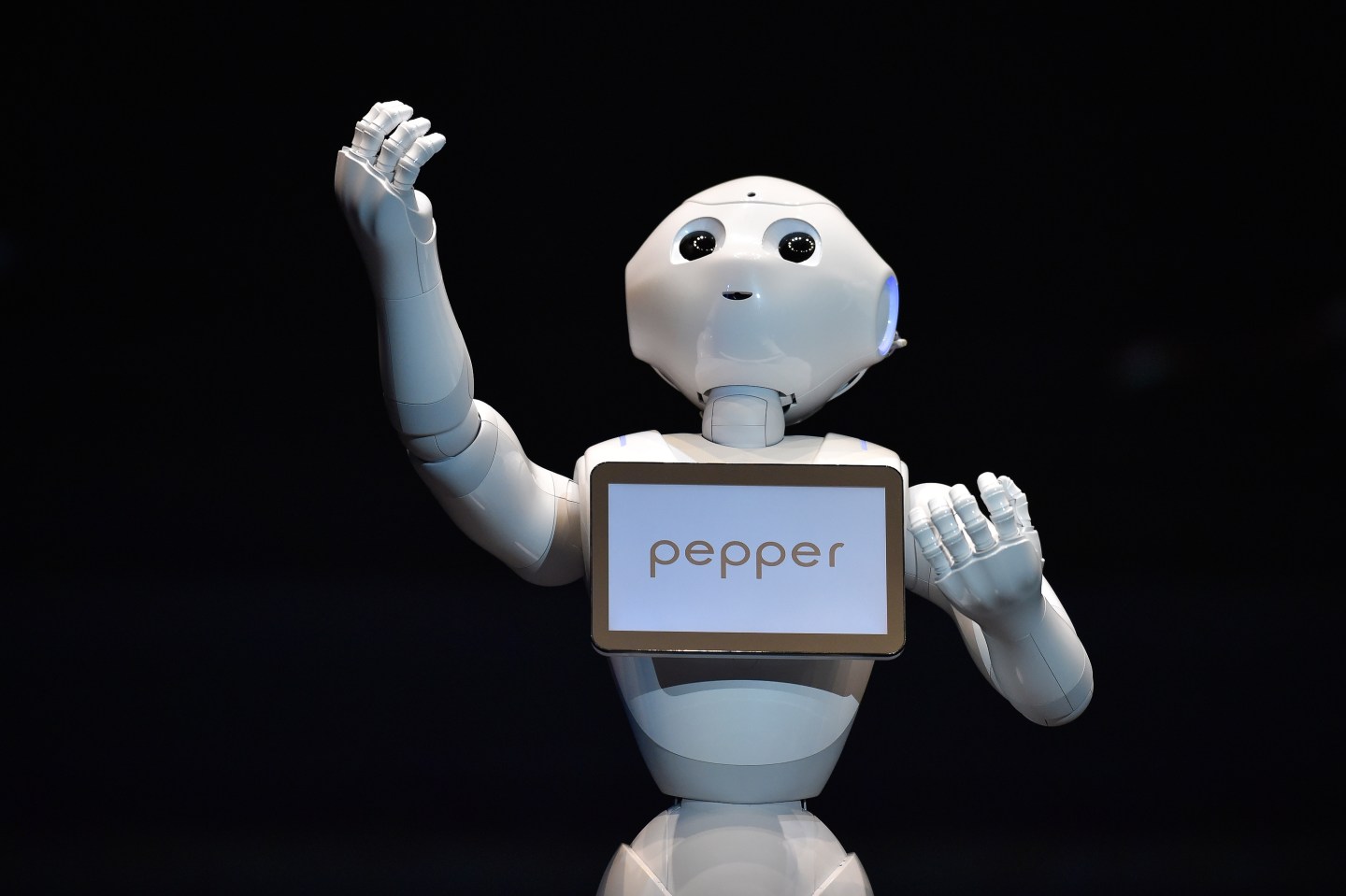 Ever wanted your own robot to do chores around the house? Alibaba (BABA) is trying to make that happen.

In partnership with Softbank and Foxconn Technology, the Chinese e-commerce giant is working to get the robot, called Pepper, sold globally, according to The Wall Street Journal.

Softbank plans to start selling the robot domestically on June 20, predicting it will be “a companion for the elderly, a teacher of schoolchildren and an assistant in retail shops and offices,” the newspaper said.

The robot will go sale for about $1,600, along with monthly fees and insurance costs, according to the companies in their statement.

“SoftBank, Alibaba and Foxconn will build a structure to bring Pepper and other robotics businesses to global markets, and cooperate with the aim of spreading and developing the robotics industry on a worldwide scale,” said SoftBank in the announcement.

“Robotics will become a critical field that catalyzes technological breakthroughs in numerous sectors such as healthcare, public services, research and at home,” said Alibaba’s CEO Jack Ma. “Our partnership with SoftBank and Foxconn combines the best hardware and software talent in the industry to pave the way for robotics research and development.”

SoftBank said it would have a 60 percent stake in the joint venture, with Alibaba and Taiwan-based Foxconn each spending 14.5 billion yen ($117.94 million) for 20 percent stakes.

“We will aim to be the No.1 robotics company,” said SoftBank CEO Masayoshi Son in a statement.