This Fortune 500 bank’s patents are cited by Apple, Google and Nike 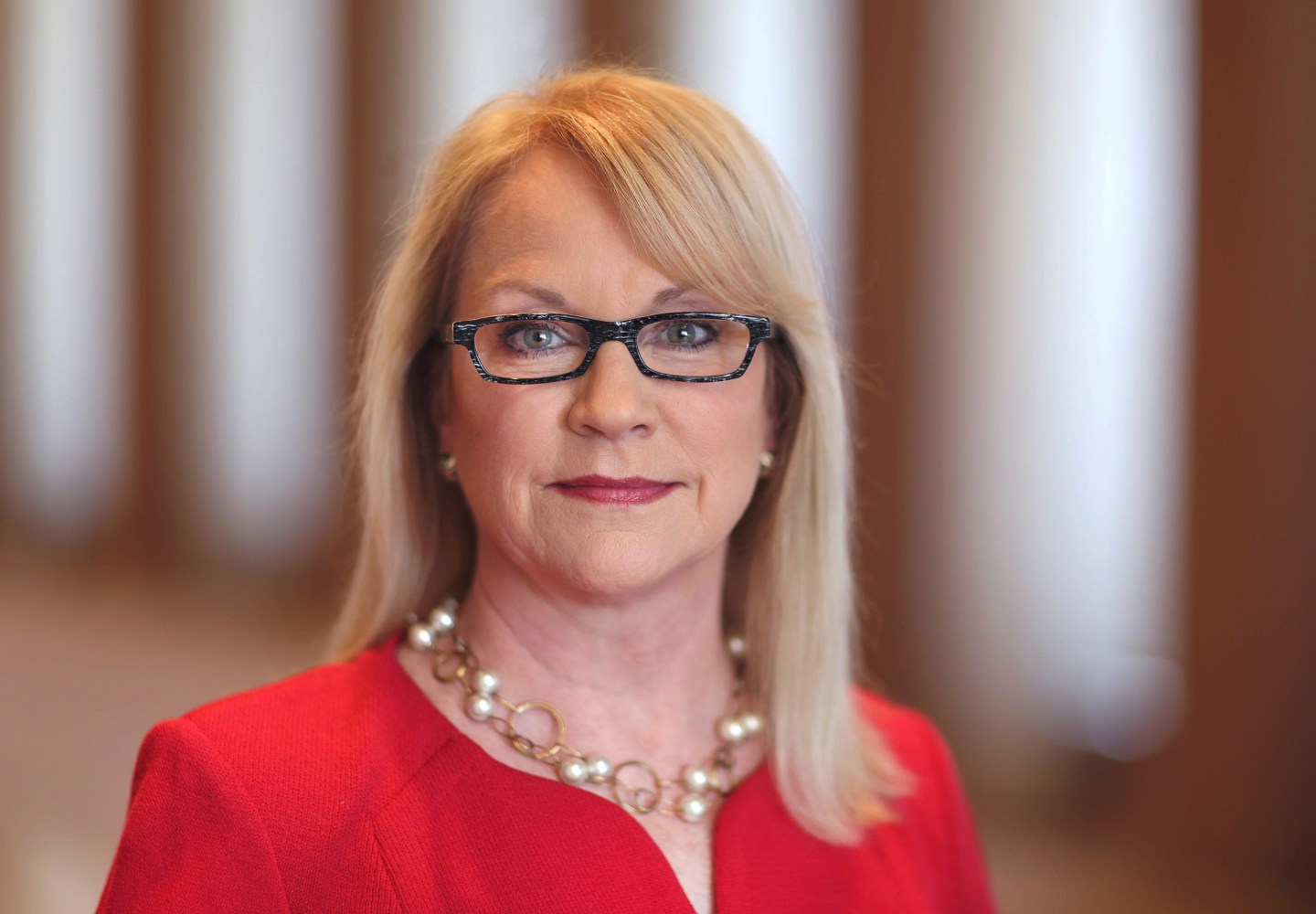 Among the top 10 patent holders of banking-related patents, just one is actually a bank.

Still, its portfolio is so extensive—more than 2,100 applications and awards and counting—that it is cited by more than 7,000 other patents and patent applications. That includes ones filed by Apple, eBay, Google, Hewlett-Packard, IBM, Intel, Microsoft and Salesforce.com. Even Nike and Wal-Mart study its work closely.

The woman accountable for that intellectual property, Bank of America global technology and operations executive Catherine Bessant, rattles off those metrics like a proud parent. “I don’t know how any bank doesn’t think of itself as a fin-tech company,” she told Fortune during a recent interview in her New York office. “It’s hard to tell if technology is our business or the business of technology.”

Considering that Bessant has convinced BofA CEO Brian Moynihan to spend $3 billion for new software development annually—twice what the bank used to spend when she took on her job five years ago and roughly 17% of the bank’s annual information technology budget—it’s in BofA’s interest to safeguard that investment. Behind Bessant are more than 110,000 employees and contractors.

“In large part, we go after intellectual property protection when we believe we have something that creates competitive advantage,” she said.

Much of that work currently centers on mobile payments, transactions and workflow approaches.

Last quarter, BofA managed a record 19 million deposits made via smartphones, tablet and mobile devices, approximately 11% of overall volume and an amount growing 50% year-over-year, Bessant estimated. Recently awarded patents cover everything from how a loan is initiated to how electronic receipts are displayed. Security, naturally, is a big deal. For example, BofA recently received credit for the way it uses real-time video and image analysis to monitor bank machines.

BofA’s focus on innovation has been instrumental in helping would-be employees look beyond the company’s recent history of challenging acquisitions and government fines. The company isn’t out of the woods: revenue across all its major business lines declined during the first quarter, and the company needs to redo its “stress test” submission by Sept. 30.

But BofA is prioritizing the sorts of projects that are especially intriguing in today’s super-competitive market for tech talent, including mobile apps, cybersecurity and software-defined networking approaches used by the likes of Google and Facebook. The latter focus will squeeze more cost out of the company’s data centers, freeing up funds for future investments related to bitcoin and other virtual currencies.

Bessant isn’t a technologist by training. Hired as a corporate banker in 1982, she most recently was the head of Global Corporate Banking. She’s also in charge of BofA’s environmental business initiative, which has so far committed at least $70 billion in clean energy and other programs aimed at reducing dependence on natural resources.

What else is top of mind for top tech strategist at the second largest U.S. bank? Here are three other takeaways from Fortune’s recent interview.

Why cybersecurity is a unique form of risk:

First, the past is not prologue. You’re only as good as the next day, as opposed to being able to take history and model it to apply to the future and assess possibility. It is an area where the next risk is far more difficult to predict. That makes people uncomfortable, it make me uncomfortable. The second issue is that the magnitude of the publicly discussed events and the potential of the inherent risk is so great, and so tough to quantify, that it gets almost monomaniacal attention because the enormity of the risk is almost overwhelming.

Why BofA doesn’t have any dedicated innovation labs:

We are different from some firms in that we are not big believers, and I’m not a believer personally, in innovation labs—the whole idea of innovation for innovation’s sake and the idea of one success for every 10 tries. Banking is a thinly margined business. Our innovation has to be directed innovation, and solving a market issue or creating a capability that is magnetic to customers. The whole idea that we would devote a tremendous amount of money to something with a 10% hit rate is not, in my view, economically viable. The other thing is: in banking the people who best know banking are the people closest to the customer. Our lines of business are the most accountable people for innovation.

Why Bessant was a “reluctant attendee” in Davos this year for the World Economic Forum but is already planning her schedule for next year:

I didn’t see very many of my peers there, you’re right. But what I had the ability to do was meet with, over the course of three days, 20 different technology or infrastructure company CEOs. That’s important from a relationship perspective one-on-one, of course. More important, it gave me some insight into overall trends and the issues that were on the minds of these CEOs, trends that were remarkably consistent.