‘Inside Out’ and Pixar’s biggest blockbusters 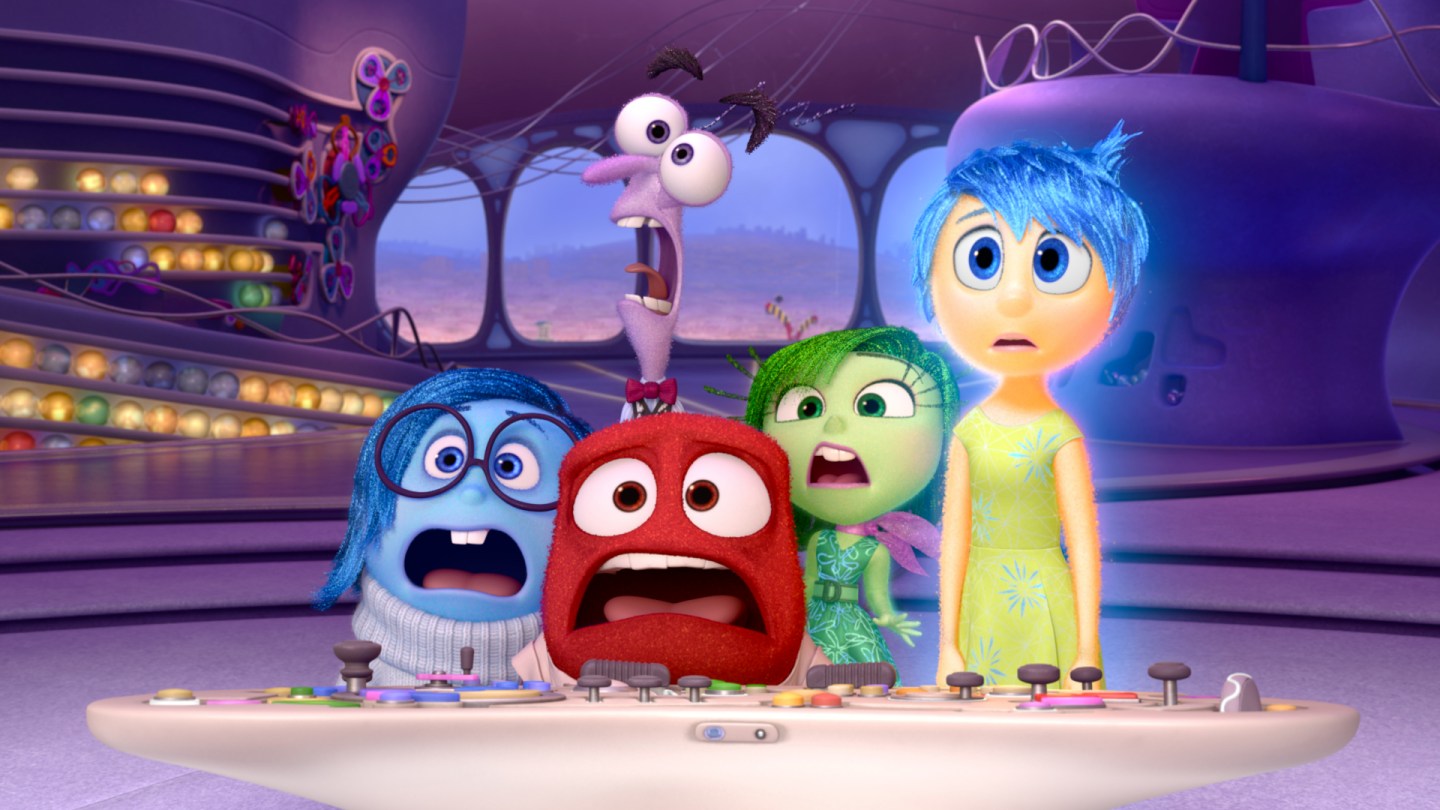 On Friday, June 19, “Inside Out” comes to movie theaters. It may seem hard to believe, but it will be just the 15th full-length movie Pixar Animation Studios has made since its first film, “Toy Story,” was released 20 years ago. But while the Pixar library may be small, it’s impressive, filled with animated selections that are already classics.

“Inside Out” is set in the mind of a recently uprooted 11-year-old girl, and her emotions — Anger, Disgust, Fear, Joy and Sadness – are the primary characters. It might sound a little esoteric for the pre-tween set, but so far the reviews sound promising. “Pixar’s 15th feature proves to be the greatest idea the toon studio has ever had,” Peter Debruge wrote in Variety. “A stunningly original concept… delivering creative fireworks grounded by a wonderfully relatable family story.” A.O. Scott, The New York Times‘ film critic, called it “a thrilling return to form for Pixar Animation Studios.”

If Pixar’s track record is any indication, “Inside Out” will likely make a nice chunk of change at the box office, but will it reach the upper echelon of Pixar ticket sales? Only opening-weekend post mortems will shed light on that particular issue.

In the meantime, here’s a look at the highest-grossing films in Pixar history, based on domestic box office performance. All data has been taken from Box Office Mojo.

In 2004’s “The Incredibles,” superhero Mr. Incredible incurs so much property damage in the course of defending the populace from evil that he becomes the subject of financially draining litigation. He and his superhero family go into hiding to escape it, but the pull of his former life is too strong, and like Michael Corleone, he gets pulled back in.

“The Incredibles” grossed $261 million at the domestic box office, the equivalent of $327 million today. In April 2015, director Brad Bird told NPR that he had just begun writing a script for the sequel, and described it as “percolating.” Since his last movie, May 2015’s “Tomorrowland,” was just deemed a very expensive flop, here’s hoping that what’s percolating is a movie people will pay to see.

2001’s “Monsters, Inc.” takes place in the city of Monstropolis, a parallel dimension populated by a rainbow assortment of creatures tasked with scaring children at bedtime. Their screams are captured and used as the energy source that powers Monstropolis, but a little human girl accidentally enters the monster realm, causing hijinx to ensue.

Despite the unusual premise, “Monsters, Inc.” connected with audiences and grossed $256 million at the box office, the equivalent of $342 million in 2015. It was converted to 3D and re-released theatrically in 2012, and followed by a much less successful prequel, “Monsters University,” in 2013.

The first of two sequels to 1995’s “Toy Story,” 1999’s “Toy Story 2” was rare in that it improved upon the original. This is no small feat, considering that the original is a widely acknowledged classic. It took in $246 million, or $349 million today, and received a 3D re-release in theaters in 2009, as “Monsters, Inc.” would do three years later.

The reason for the movie’s popularity is simple – it makes you care about the characters, even when the character is a plastic dinosaur or a Mrs. Potato Head. The highlight of the film is a flashback sequence in which Jessie the cowgirl doll remembers being outgrown by the girl from whom she was once inseparable, and if you didn’t tear up at this sequence, then you simply have no soul.

2003’s “Finding Nemo” is the story of an overprotective clownfish named Marlin whose son Nemo must be rescued from the fish tank of an Australian dentist. Along the way, Marlin meets a fish named Dory, voiced by Ellen DeGeneres, whose chronic short-term memory loss creates challenges with respect to creating an effective rescue strategy.

“Finding Nemo” earned $340 million, the equivalent of $437 million today, and in 2012 it was also treated to the same 3D theatrical re-release that “Monsters, Inc.” and “Toy Story 2” received. A sequel, “Finding Dory,” is scheduled for July 2016, and a brief excerpt of movie footage is to be shown at the D23 fan convention in Anaheim, California in August 2015.

“Toy Story 2” transcended the original movie and gave the characters depth. And, 2010’s “Toy Story 3” expanded on those elements and more, and the resulting film, in which all the toys have been outgrown by their college-aged former owner, was as moving as anything else to come out of Hollywood in the last decade, if not longer.

With a domestic box office take of $415 million -- the equivalent of $450 million today -- “Toy Story 3” is the highest-grossing Pixar film of all time. But it’s more than just an animated sequel that made lots of money. A lot more. Richard Corliss of Time called it the best film, animated or otherwise, of 2010, and cult filmmaker Quentin Tarantino took time out from planning his next hyper-violent exploitation film to say the same thing.